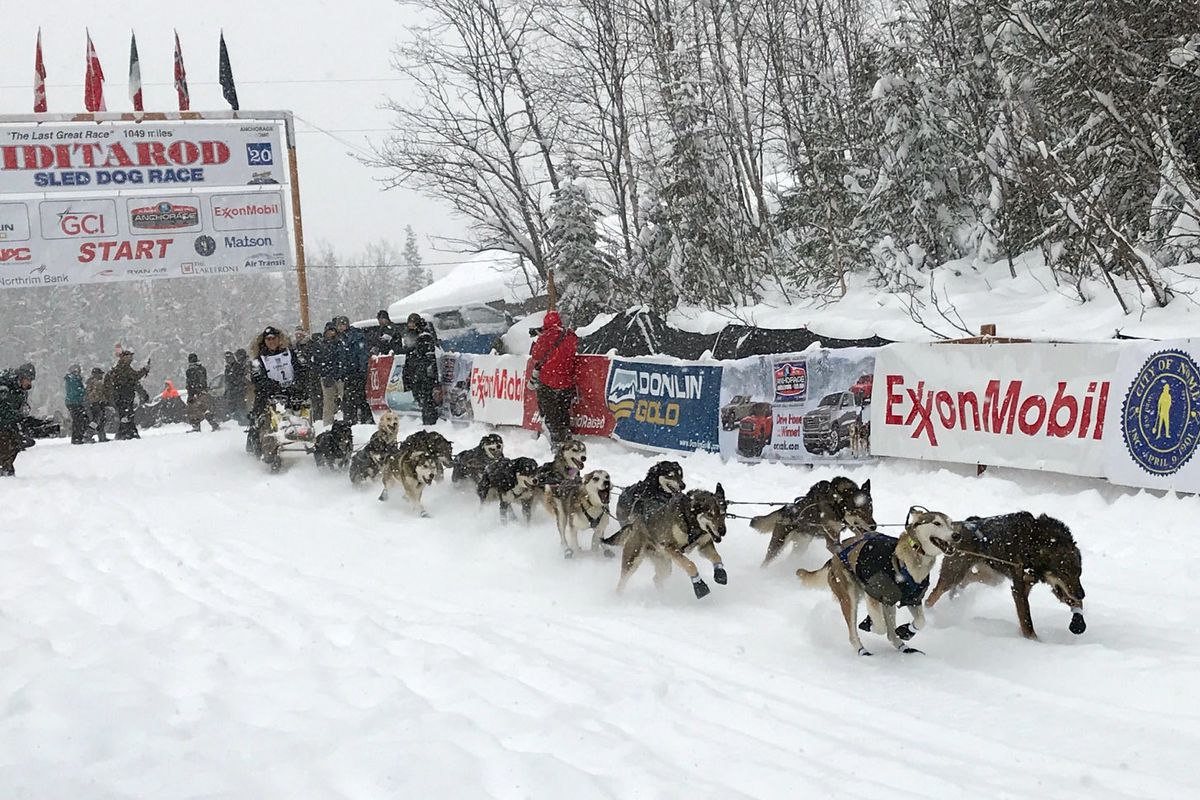 Iditarod rookie Martin Massicotte was the first musher out of Willow during the 2020 restart. The 2021 restart will be held at Deshka Landing. (Bill Roth / ADN archive)

Iditarod rookie Martin Massicotte was the first musher out of Willow during the 2020 restart. The 2021 restart will be held at Deshka Landing. (Bill Roth / ADN archive)

The change is part of the COVID-19 mitigation plan for the 49th annual sled dog race across Alaska, plans for which are moving forward amid a global pandemic.

The usual fanfare — and fans — will be missing from the scene.

“At this point, there will be very limited spectator opportunities outside of the secure area where only race essential personnel and participants will be allowed,” race officials said in a statement.

The Iditarod has never ended anywhere other than Nome, which has seen 48 champions cross under the famous burled arch that marks the finish line on Front Street.

But course changes announced last month in response to COVID-19 will keep the Iditarod out of Nome and several other remote Alaska villages this year.

Instead of a 1,000-mile run from Willow to Nome, the race will be an 860-mile round trip between Deshka Landing — a popular boat-launching spot in the Susitna Valley — and the ghost town of Flat. With two-way traveling happening, there’s the potential for head-on passing.

The restart, scheduled for Sunday, March 7, is usually held at the Willow Community Center on Willow Lake, but the move to Deshka Landing will keep people away from the community center.

The field of 54 mushers will make two trips across the Alaska Range as they travel largely on the Iditarod’s traditional southern route as far as the ghost town of Iditarod, where they will make a loop to Flat before heading back to Deshka Landing.