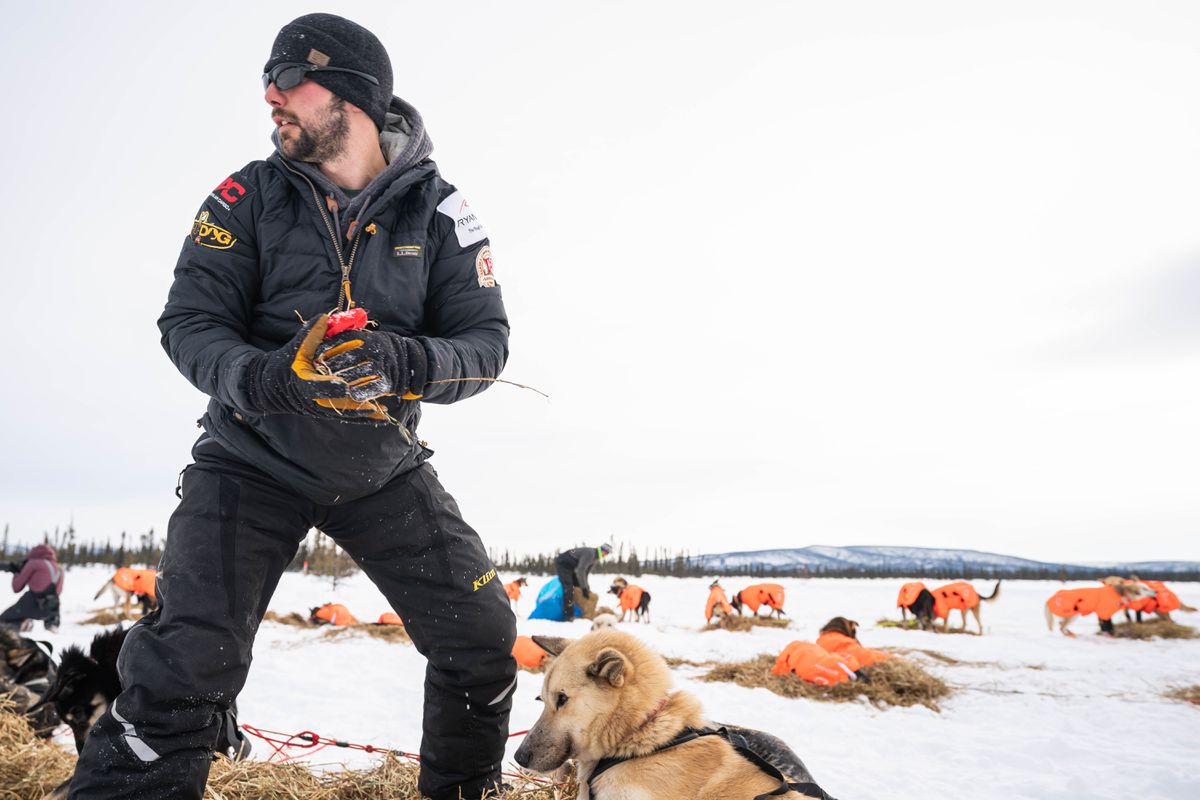 The Kuskokwim 300′s COVID-19 mitigation plans proved to be a boon this weekend for Aniak’s Richie Diehl and some other top mushers from the Bethel region.

Diehl, who usually opts for the lucrative Kusko 300 instead of its shorter companion race, claimed his first Bogus Creek 150 title early Sunday morning by beating a couple of Kaisers.

It was minus-10 when Diehl reached the finish line on the river near Bethel’s small boat harbor at 4:59 a.m., just in time to break the 17-hour mark by a minute.

“We had a really good run,” Diehl, 34, told KYUK radio. “I knew they were a pretty athletic crew and I knew they could move at a good clip and everything, but I mean, the speeds we were moving at and maintaining, it was a beautiful thing to watch.”

The Kusko 300 and the Bogus Creek 150 are usually held on the same weekend along with the 50-mile Akiak Dash, but this year organizers are holding the two longer races on separate weekends as part of their COVID-19 mitigation plans.

That made it possible for Bethel-area mushers to enter both races.

“The Bogus is a pretty cool race. To be able to get to do this year, I didn’t think I’d win it, because there’s a lot of good teams,” said Diehl, a distance musher with four top-15 Iditarod finishes. “These guys who race the Bogus, they’re good at it. I never thought we had the speed we had today.”

A deep field of 17 teams started the 150-mile race Saturday. They took a four-hour layover at Hangar Lake, where temperatures dipped to minus-16 overnight, according to a race report.

The top four teams reached Hangar Lake in a seven-minute span Saturday night. Alexander Larson of Napaskiak led the way, with the Kaisers and Diehl not far behind.