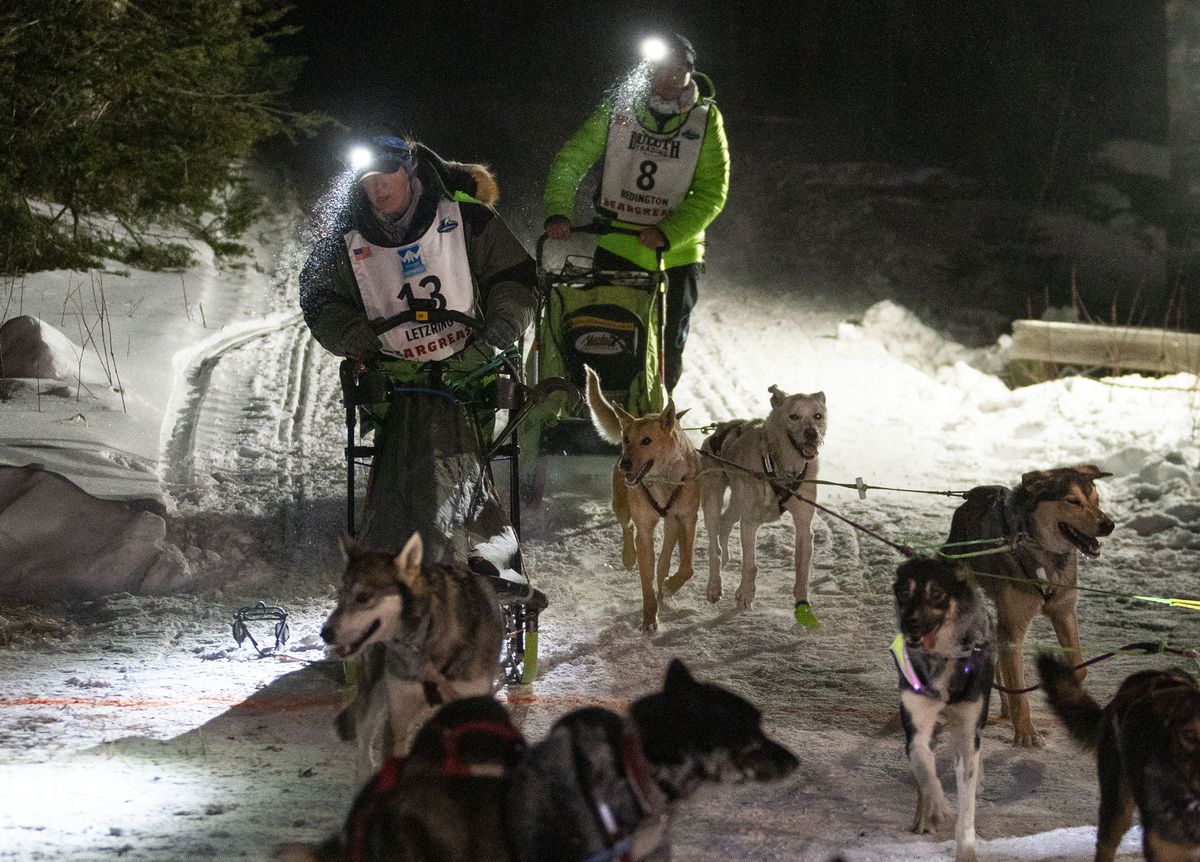 Erin Letzring hadn’t even stepped off her sled after winning the 37th annual John Beargrease Sled Dog Marathon when Ryan Redington’s dogs ran across the finish line and lined up right next to Letzring’s.

By a margin of seven seconds, Letzring on Tuesday became the first woman in 23 years to win the 302-mile race that goes along the north shore of Lake Superior.

Letzring drove her team of nine dogs across the finish line in the community of Mineral Center shortly after 6:20 p.m. CST (3:20 p.m. AST), becoming a champion by holding off her former husband in a back-and-forth battle waged in the race’s final miles.

“These guys just had a little bit more in the gas tank,” Letzring, 38, told reporters in the finish chute.

Letzring has been around the race many times as a handler, but this was the first time she drove a team. She’s the first woman to win the Beargrease since 1998, when Minnesota’s Jamie Nelson won the last of her four championships.

Nelson was the first woman to win, taking the 1988 title to begin a streak of three straight victories by women — DeeDee Jonrowe won in 1989, and Susan Butcher won in 1990. Nelson’s subsequent victories in 1995, 1997 and 1998 mark the only other wins for women until Letzring’s thrilling triumph Tuesday.

Letzring held an eight-minute lead over Redington when she left Mineral Center on Tuesday afternoon on the final stretch of the race, a hilly 31-mile loop that came back to Mineral Center. The race usually wraps up with a 31-mile run from Mineral Center to Grand Portage, but a lack of snow required race officials to move the finish line.

Redington, the defending champion with deep mushing roots in Alaska, was pursuing a third Beargrease title, and he almost got it.

“I let her go by and when we got up by No Man’s Land my dogs picked it up, and it was just a little too late,” he said in the finish chute.

In a gracious Facebook post, Redington said he and Letzring traded the lead until the final mile and a half, when Letzring took the lead for good.

Big congratulations to Erin Letzring for winning the Beargrease Marathon! It’s a huge accomplishment winning the...

Letzring, who grew up near Duluth, ran a kennel and a summer tourism business in Skagway with Redington for several years.

It was a pretty good day for Redington despite the loss. Claiming third place, 25 minutes off the winning pace, was rookie Sarah Keefer, driving Redington Mushing’s second team.

A field of 17 mushers began the race Sunday at Billy’s Bar in Duluth. Higher temperatures and a soft trail made for slow conditions.