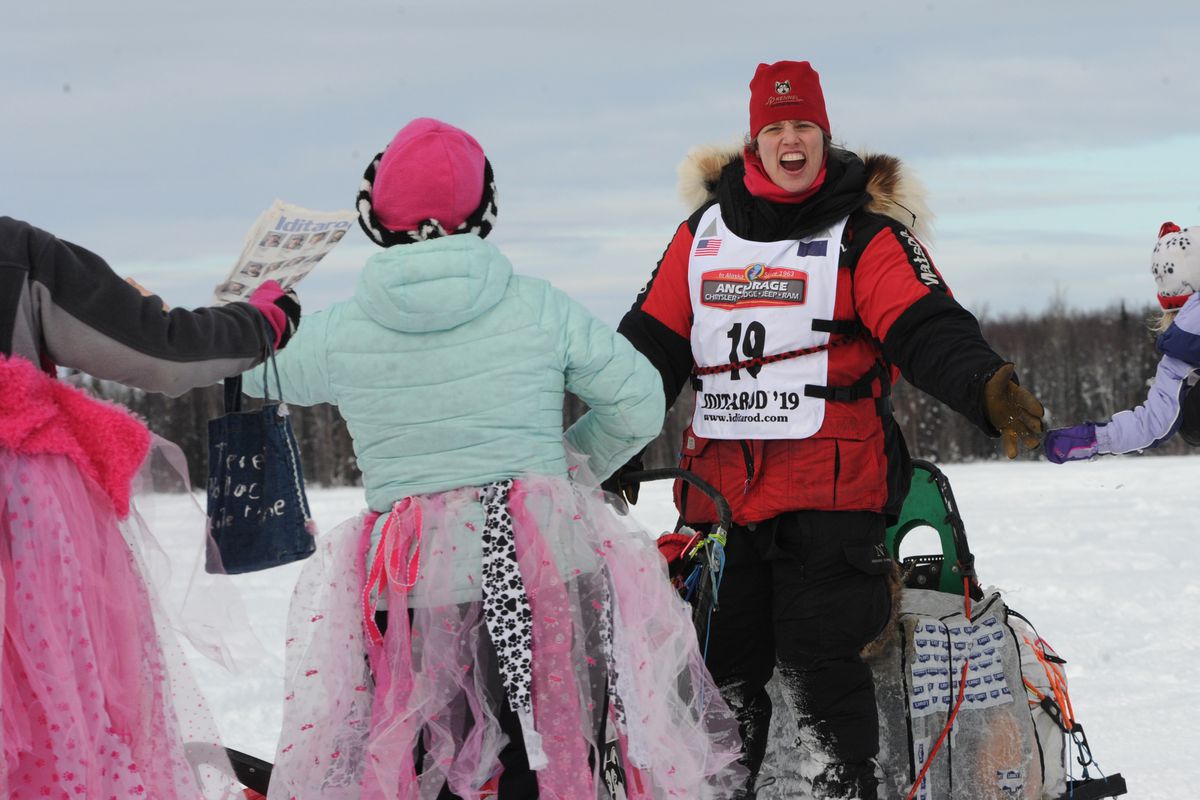 Saying she is “retiring before I have to retire,” fan favorite Aliy Zirkle announced Thursday that the 2021 Iditarod Trail Sled Dog Race will mark the end of her competitive career.

Zirkle made the surprising announcement on the SP Kennel website. It came in the form of a letter written earlier this week to a friend who urged Zirkle to share the news with the public.

“This spring, after I finish my 21st Iditarod, I will retire from competitive sled dog racing,” Zirkle wrote. “Yup. It’s big news for me and I thought you should know.“

Zirkle, 50, has been a constant presence on the Iditarod Trail for two decades, showing grace and good humor during her three straight second-place finishes and demonstrating resiliency and courage in 2016, when she placed third after being terrorized by a man on a snowmachine who made repeated runs at her and her dogs on the Yukon River.

She has never won the Iditarod, but she’s one of its fiercest competitors. She was the runner-up three years in a row from 2012-14, a stretch that started a streak of six straight top-10 finishes.

She has placed in the top 10 in seven of the last nine races, a record that includes a fourth-place showing in 2019.

Last year, Zirkle slipped to 18th place but was a winner in another sense -- she was awarded the Leonhard Seppala Humanitarian Award for outstanding dog care for a record sixth time.

“My retirement has not been a quick decision,” Zirkle wrote. “In truth, I know what it takes to be ultra competitive. I have always raced the Iditarod to win. While the Last Great Race has been a spectacular adventure for me, it has also been physically and mentally demanding: every year, every winter, every day, every mile. And if I’m being honest, at times, I have been challenged to my very core.

“I know that in the not so distant future, I will not be able to give it my 100%. So, I am retiring before I have to retire.”

Zirkle, who said she has raced more than 30,000 miles over the years, operates SP Kennel in Two Rivers with her husband, three-time Yukon Quest champion Allen Moore. In her Iditarod bio, Zirkle says Moore is also retiring from racing after 11 Iditarods and 10 Quests.

“Over the past few years Allen and my lives have evolved,” she said. “The dogs that were the life forces of our amazing teams have mostly retired or passed away. While we still have their amazing genetics and we still have our skills to train and race, we are admittedly following in the paw prints of our retired dogs.”

Zirkle is the first and only woman to win the Yukon Quest, and over the years she has acquired a galaxy of fans, many of them women.

In her retirement announcement, she said the support of other women inspired her.

" I’ll never forget the woman who approached me, several years ago, as I was signing autographs in the middle of a big crowd gathered in downtown Anchorage for the start of the Iditarod,” she said. “... She gripped my arm and said, ‘Aliy, I need you to win.’ I laughed and answered, ‘Yeah, I’m going to try to do exactly that.’ She held my arm even tighter and said, ‘No, I need you to win. My boyfriend is always putting me down, and he says women can’t do things men can. I need you to prove we can.’ I’ve never forgotten these words. In fact, they travel with me, glowing brightly, everywhere I go.”

Zirkle said she and Moore don’t know what their post-Iditarod plans are, but whatever they do, their lives will include dogs.

“What will I do with my Iditarod team of huskies? You needn’t worry,” she wrote. “As you know, I began dog mushing because of my love for my dogs and my desire to spend endless days with them. ... Throughout my competitive life, I never gave up my values of deep love and respect for my dogs. These will be with me until my dying day. Dogs have been, and will always be, my life.”