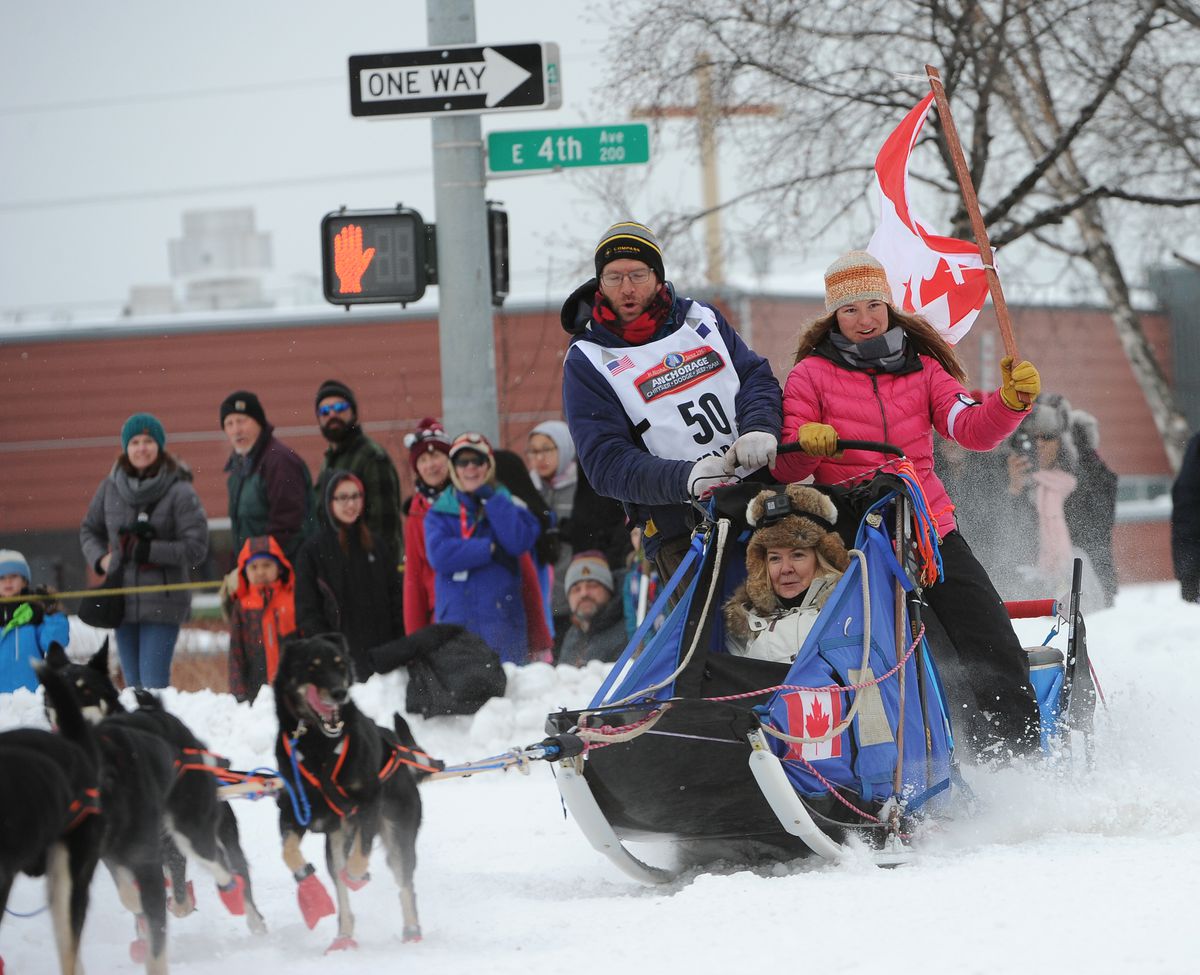 Aaron Peck and his Iditarider round the corner at Fourth Avenue and Cordova Street at the start of the 2018 Iditarod. (Bob Hallinen / ADN archive)

Aaron Peck and his Iditarider round the corner at Fourth Avenue and Cordova Street at the start of the 2018 Iditarod. (Bob Hallinen / ADN archive)

Peck drew the No. 2 bib during a virtual bib draw last week — the No. 1 bib traditionally is worn by an honorary musher.

The start order was digitally generated, one of many steps the race is taking this year in an effort to operate safely during the COVID-19 pandemic. Usually, the draw happens at a prerace banquet attended by hundreds of people as well as the mushers.

A field of 47 mushers, including 12 rookies, are entered in the 49th annual race, which will go as far as the ghost town of Iditarod and then make a loop to a ghost town called Flat before returning to Deshka Landing. The new route takes the race out of towns and villages and reduced the mileage from 1,000 to 850 miles.

Peck is a five-time finisher whose best finish came in 2019, when he placed 23rd and received the Herbie Nayokpuk Award, given to the musher who best represents the spirit of Nayokpuk, an early race pioneer known for bringing a good attitude to the trail.

The second musher to leave will be 2019 champion Pete Kaiser of Bethel. Kaiser is one of four past champs in the race, along with Martin Buser, Dallas Seavey and Joar Leifseth Ulsom.