Iditarod update: Ryan Redington first out of Rohn on Monday, and Cindy Gallea scratches at Skwentna 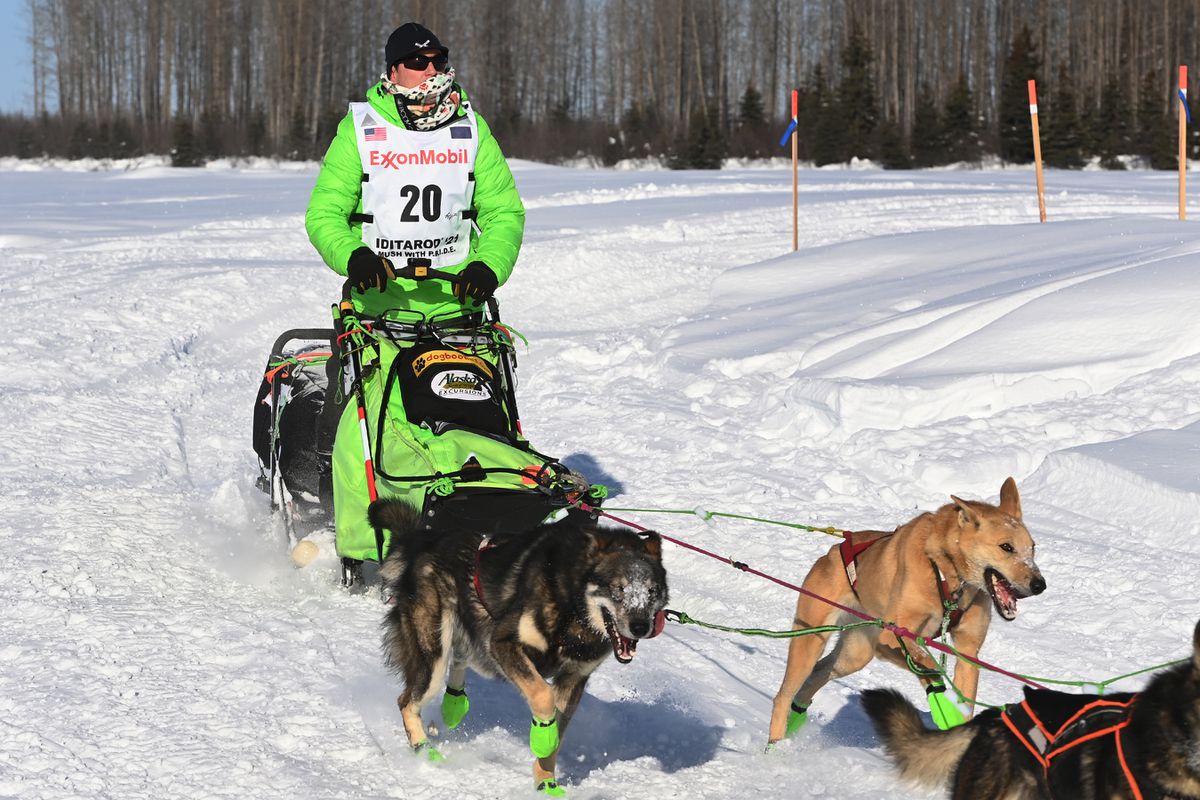 Ryan Redington travels down the Susitna River during the start of the Iditarod Trail Sled Dog Race on Sunday. (Bill Roth / ADN)

Ryan Redington travels down the Susitna River during the start of the Iditarod Trail Sled Dog Race on Sunday. (Bill Roth / ADN)

ON THE TRAIL: Ryan Redington of Skagway was the first to leave Rohn on Monday afternoon, departing at 4:11 p.m. with 12 dogs — he left two behind in Rohn.

The first person to give chase? Martin Buser, 63, who blew through the checkpoint after crossing the Alaska Range. He was the sixth musher to reach Rohn and the only one who didn’t spend a significant amount of time there. Redington was there for 37 minutes before beginning the 75-mile run to Nikolai.

Nic Petit of Girdwood, a frequent frontrunner still looking for a victory, was the first to reach Rohn, arriving at 1:54 p.m. Monday. Dallas Seavey and Aaron Burmeister followed before Redington arrived at 3:34 p.m.

Buser left Rohn at 4:58 p.m. after a four-minute stop. The four-time champion from Big Lake is pursuing his 34th consecutive Iditarod finish.

OUT OF THE RACE: Minnesota musher Cindy Gallea, who had to fly to Alaska with her dogs and gear after getting turned away at the Canadian border, scratched Monday morning in Skwentna.

A statement from race officials said Gallea dropped out after getting sick.

On Sunday, rookie Sean Williams of Chugiak scratched before the race began due to a “family health concern.” Race officials said neither scratch was related to COVID-19.

At Sunday’s start line, she said this would be her final race.

“I know I’ve said this multiple times before, but this is definitely my last one. ... I’m not very young anymore, so it’s much harder than it was 10 years ago,” she said.

TRIVIA TIME: Martin Buser and Kathy Chapoton named their sons after two Iditarod checkpoints — Rohn and Nikolai. This is Buser’s 38th appearance in the race.