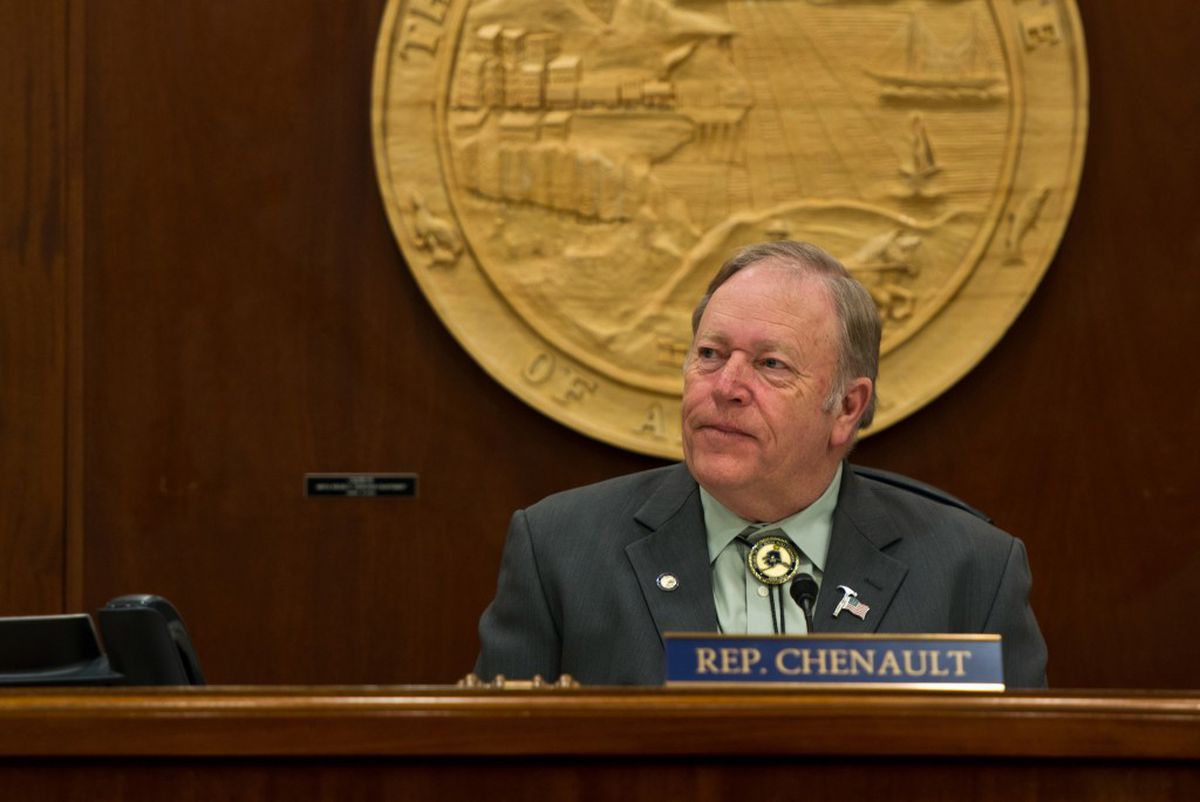 Speaker of the House Mike Chenault listens to comments on the House floor on Friday, April 17, 2015. (Marc Lester / ADN)

Speaker of the House Mike Chenault listens to comments on the House floor on Friday, April 17, 2015. (Marc Lester / ADN)

Lawmakers have passed a budget that cuts next year's deficit to $3.2 billion, and they also approved legislation proposed by Gov. Bill Walker that phases out cash tax credit subsidies to oil and gas companies in Cook Inlet.

But after a four-month regular session and just four days left in a 30-day special session, the House has failed to vote on any of the legislation proposed by Walker to generate new revenue, which includes a personal income tax and a bill to restructure the Permanent Fund.

On Friday morning, the House Finance Committee voted down the Permanent Fund bill — the linchpin of Walker's deficit reduction package — and Chenault's Republican-led majority appeared poised to leave Juneau without taking action on any of the tax proposals.

Chenault, who's finishing his fourth two-year term as speaker, acknowledged that the results will leave Alaskans "probably not satisfied."

Alaska Dispatch News: Do you think you guys have done enough with the budget crisis?

House Speaker Mike Chenault: We've addressed part of the oil tax credits. Didn't go as far as some might have wanted to. But we addressed better than half of what was proposed out there. And depending on what the price of a barrel does, that's going to determine what kind of net-operating-loss credits might or might not be there. Price per barrel goes up, there's no net operating losses.

ADN: When it comes to the revenue measures, does the state need more than none?

MC: I think we worked for five months, or almost six months, it seems like, on revenue measures. And you know, the three tax bills that are on the floor right now, the governor doesn't have support yet to pass those.

ADN: Do you think there's any other way to get that support at this point?

MC: I don't know. I'm going to go talk to the governor this afternoon and see what he's got to say.

ADN: Do you think the state should be satisfied with what you guys have accomplished?

MC: No. I think that they're probably not satisfied. We've been down here way too long trying to enact new revenue measures and as wide and diverse as our state is, our constituents are just that wide and that diverse on each of different tax proposals out there. And that's why it's hard to pass any of those.

ADN: Do you think it's really about there being no consensus among Alaskans on any of this stuff?

MC: I think there's pockets of consensus around, you know? But the PFD affects some people in the state more than it does others. It's not a rural and urban issue, but there are pockets around the state where people rely on sales tax or they rely on a property tax or they rely on their PFDs to be able to survive. And we represent every one of those people.

ADN: What will the House's reaction be if the governor calls you back into another special session?

MC: I figure he probably will call us back. There probably won't be a lot of cheering about that. But if he still thinks that needs to be done, he's got the power and the authority to call us back.

ADN: Do you think there's a willingness of this body to actually spend more time working and potentially achieve a different result?

MC: We spent six months doing that. And have tried many different configurations and we still haven't been able to figure out a way to move forward. I don't know what another month will do.

ADN: Anything else people should know?