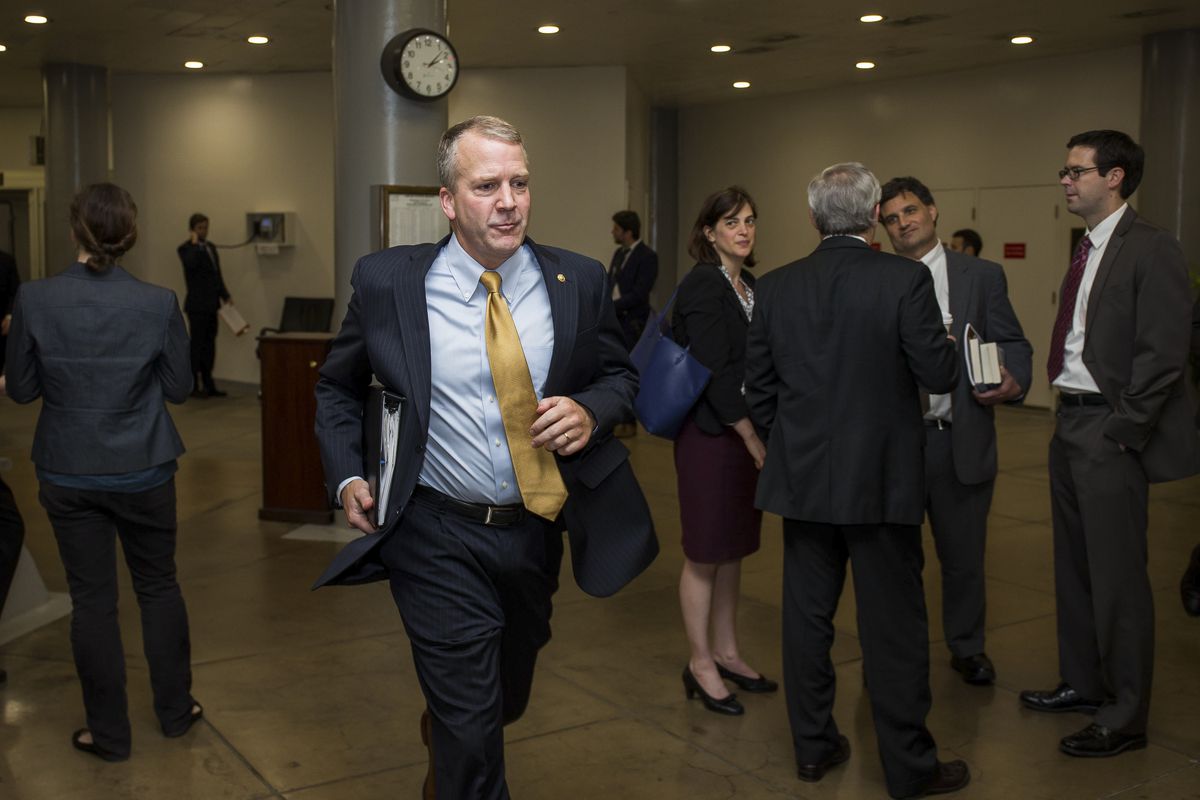 U.S. Sen. Dan Sullivan, R-Alaska, hurries in the Senate Basement on his way to a vote at the Capitol Building in Washington on May 19, 2016. (Zach Gibson / The New York Times file)

U.S. Sen. Dan Sullivan, R-Alaska, hurries in the Senate Basement on his way to a vote at the Capitol Building in Washington on May 19, 2016. (Zach Gibson / The New York Times file)

WASHINGTON — Who will deliver the keynote address at next week's Republican National Convention?

Sullivan, who has been Alaska's junior senator since 2015, declined to discuss the matter Monday night.

"You're just hearing rumors," Sullivan said. "Not that I'm going to comment on." Likewise, a convention spokesperson would not comment.

If Sullivan speaks, his will be the most prominent speaking slot for a politician from Alaska since Sarah Palin was the vice presidential nominee back in 2008.

Sullivan actually was born down the road from Cleveland in Fairview Park, Ohio. He still has family in the Cleveland area and as the Plain Dealer reported back in late 2013, Sullivan said he still keeps an eye on the NFL's Browns.

Sullivan spoke with Roll Call earlier this year as part of a broader report on how freshman senators were adjusting to life in the chamber and working to become a force.

"The overreach of the federal government, federal overreach, over regulation, (is a) big big issue for us. I was attorney general in Alaska," Sullivan said in the February interview. "I'd like to say I probably sued the Obama administration on a lot of these overreach issues, probably more than any other AG, with probably the exception of the Texas attorney general."

Sullivan's policy focuses have included energy and veterans issues, as well as work on the Senate Armed Services Committee. Alaska has a number of unique challenges on which he's worked with senior Sen. Lisa Murkowski, a fellow Republican.

Among those efforts has been elevating the importance of U.S. policy in the Arctic, particularly in relation to the behavior of the Russian government in the far north.

He said that since he began raising questions about Russia's role in the Arctic, colleagues on both sides of the aisle had joined in, including the chairman of the committee, Sen. John McCain, R-Ariz.

Sullivan did not move north to Alaska until after leaving active duty, which led critics to dismiss him as an outsider in Alaska government. Sullivan met his wife, an Alaska Native, when they were both in D.C. — he was studying at Georgetown, she was working for the legendary Republican Sen. Ted Stevens.

After stints in federal and state government, Sullivan jumped into the 2014 U.S. Senate race.