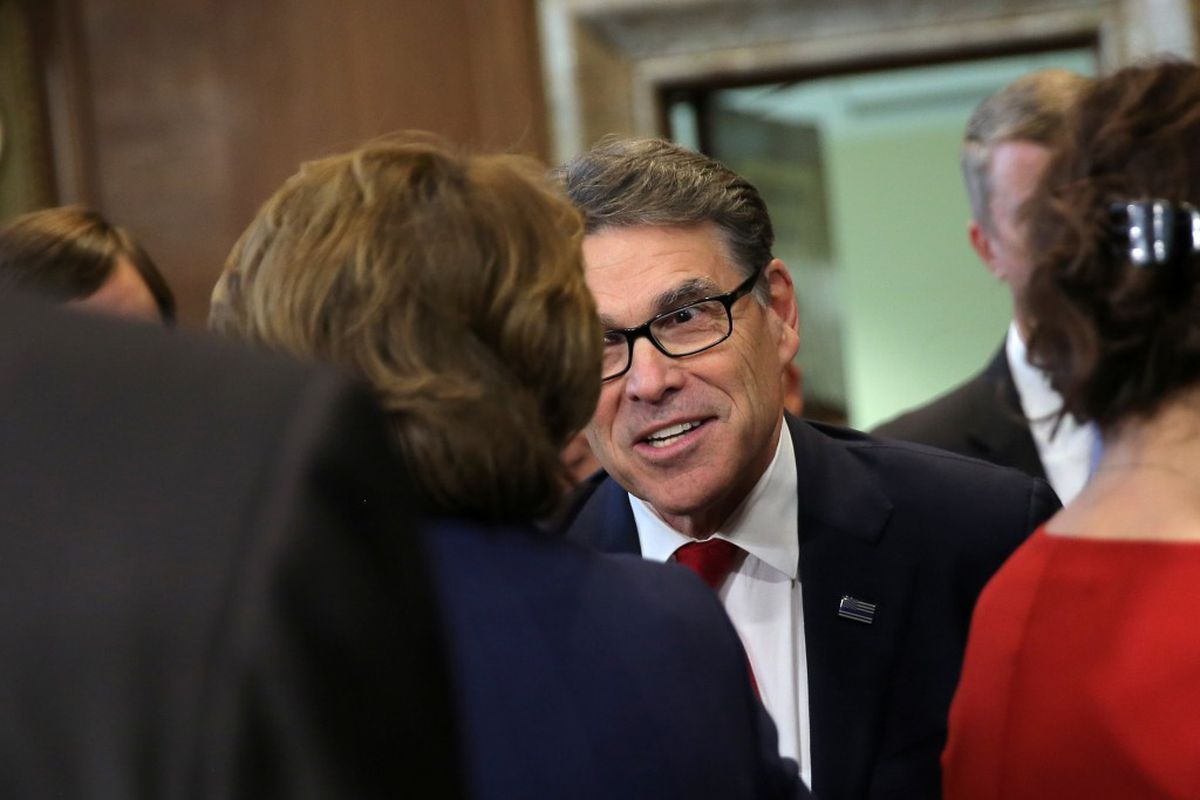 Former Texas Gov. Rick Perry arrives to testify before a Senate Energy and Natural Resources Committee hearing on his nomination to be energy secretary at Capitol Hill, January 19, 2017. REUTERS/Carlos Barria

Former Texas Gov. Rick Perry arrives to testify before a Senate Energy and Natural Resources Committee hearing on his nomination to be energy secretary at Capitol Hill, January 19, 2017. REUTERS/Carlos Barria

Murkowski chairs the Energy and Natural Resources Committee and oversaw the hearing for the former Texas governor, who once said he would like to eliminate the agency he now hopes to oversee.

Perry said Thursday he regrets those words and has changed his mind after learning more about the scope of the agency's work. The Energy Department is largely focused on energy research and managing the nation's stockpile of nuclear weapons and waste.

Murkowski has a self-reported good relationship with current Energy Secretary Ernest Moniz — he is popular on both sides of the aisle in the Senate.

"I am hopeful that if you are confirmed, Gov. Perry, you will take a broad view of the importance of basic scientific research, and continue to pursue the significant benefits that result from it. Done right, in a disciplined manner, a good set of innovation policies will provide us with more energy, reduce the amount of energy that we use, and lower the costs we pay for energy," she said.

Murkowski said she wants to see those energy savings reach Alaska. And she'd like to see Perry make it to the state, too — like many other senators, Murkowski secured the promise of a visit to her state during a meeting about his potential confirmation.

She asked Perry to focus on the department's efforts to reduce high energy costs; assist in moving Alaska's natural gas to market and help the state use more of its expensive-to-reach oil and gas resources.

"The Office of Fossil Energy has focused almost exclusively on the environmental aspects of fuels in recent years, but its mission is supposed to be considerably broader than that," she said, suggesting research into methane hydrates.

Murkowski appeared amenable at the hearing to Perry's nomination.

"I do not subscribe to the view that only a scientist can manage other scientists," she said.

"Instead, I think what we need is a good manager to manage our scientists – someone who knows they don't know everything, yet someone who is capable of organizing, setting direction, imposing accountability, making the greatest possible use of taxpayer dollars, and reaching goals," Murkowski said.

Perry, the longest-serving governor of Texas, fits the bill, she said.