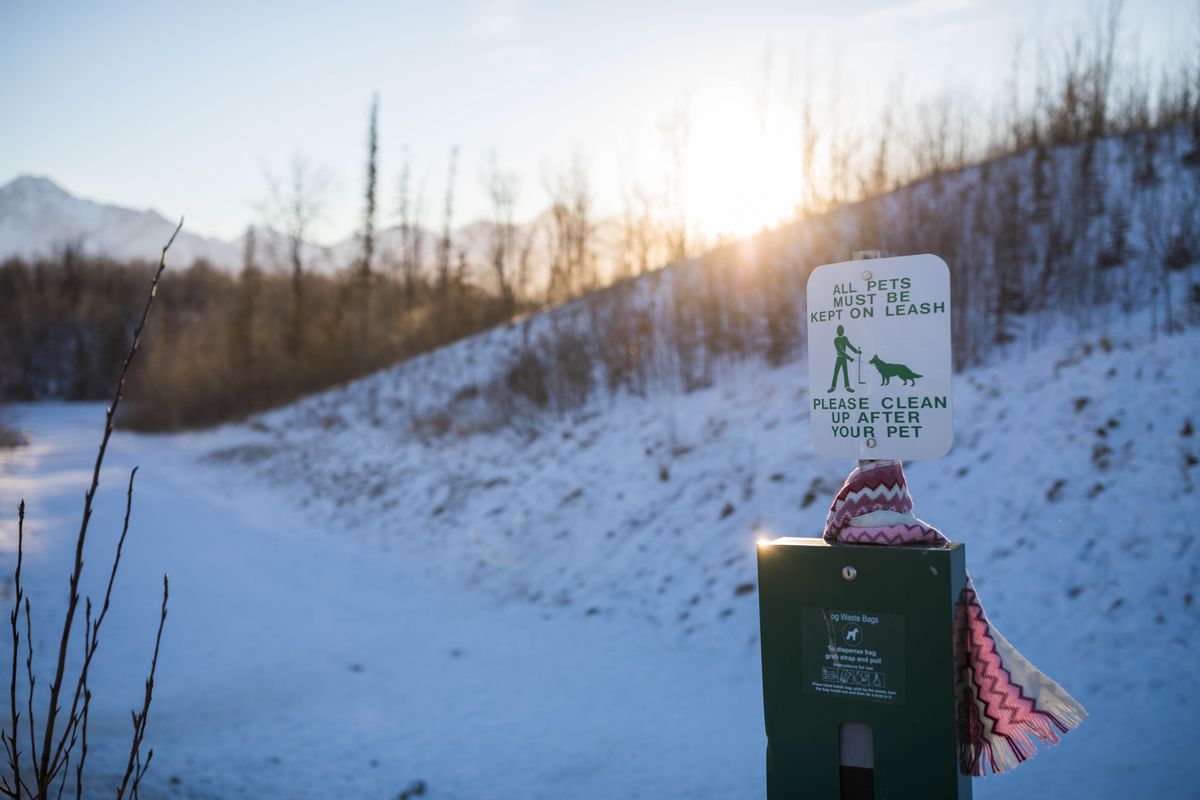 A sign at the start of the Crevasse-Moraine Trail in Palmer reminds pet owners to leash their pets while using the trails on Jan. 6. (Loren Holmes / ADN file)

A sign at the start of the Crevasse-Moraine Trail in Palmer reminds pet owners to leash their pets while using the trails on Jan. 6. (Loren Holmes / ADN file)

The Alaska Legislature is starting work on a potentially historic bill to ban trapping within 200 feet of trails and other public places around the state.

Anchorage Democratic Rep. Andy Josephson sponsored House Bill 40 amid a rise in reports of dogs maimed or killed by traps and snares set not on far-flung traplines but near trails, yards or well-used roads and campgrounds in places like Mat-Su, Fairbanks and the Kenai Peninsula.

The Alaska Board of Game, generally the agency the public goes to in order to request restrictions outside cities, has rejected recent proposals to curtail trail-side sets, though trapping groups encourage voluntary avoidance in places.

"What we're hearing is the Board of Game is not doing this, so therefore this bill — with its limitations — is necessary," Rep. Harriet Drummond, D-Anchorage, said Wednesday when the bill got its first hearing in the House Resources Committee.

Nearly 40 people from around the state — trappers and pet owners, nearly all of them aggrieved — signed up to testify Wednesday afternoon.

Already, Josephson expects changes to HB 40. The former prosecutor said he's considering limiting the scope to the Railbelt if the Alaska Constitution allows for it.

"My plan is to push a bill that still has teeth but accommodates as many user groups as possible," he said in an interview Thursday.

Several committee members during Wednesday's hearing shared hesitance to move the current version of the bill.

As written, HB 40 would require a 200-foot no-trapping setback along trails, public facilities, scenic sites, campsites or beaches that are "both public and maintained or improved," according to Josephson's sponsor statement.

The bill prohibits as a defense that an animal injured by a trap was off-leash, according to Josephson's sponsor statement, and requires traps carry an Alaska Department of Fish and Game tag so the state can track offenders.

The committee heard heated testimony on both sides.

Pet owners from Juneau to Mat-Su pressed for more controls to address what one called a spike in suburban trapping in the last decade.

Homer resident Joshua Ross told the committee he was surprised how little protection the law afforded after his dog got "stuck" in a trap on a main trail used by family members for decades.

[Dog dies after being caught in illegal trap in Anchorage]

"I find it's just not sufficient to protect all user groups," Ross said. "Four percent of Alaska public land users are registered trappers and the rest of us have to give way to them with our safety."

Willow trapper John Johnson said he traps near trails because he's disabled, and an unleashed dog would follow a side trail to a trap regardless of how far off the main trail it's placed.

"People that are trapping canines will trap canines," he said. "You're stopping those of us that can't get 200 feet from a trail, which is a public-use trail."

He also pointed out the legislation now bars even 2-inch weasel traps and those set in trees for squirrels, an oversight Josephson said he's thinking about changing.

Trappers in more remote parts of the state said the bill would be difficult to enforce and could result in a trapline trail becoming a public-use one that's regulated.

It's possible that could be fixed with a clause giving a trapper a "full and complete defense" if they can prove a trail was made for a purpose other than public use, Josephson said Thursday.

Another hearing for the bill has yet to be scheduled. Josephson said Wednesday he expected amendments to be filed within a week to 10 days.