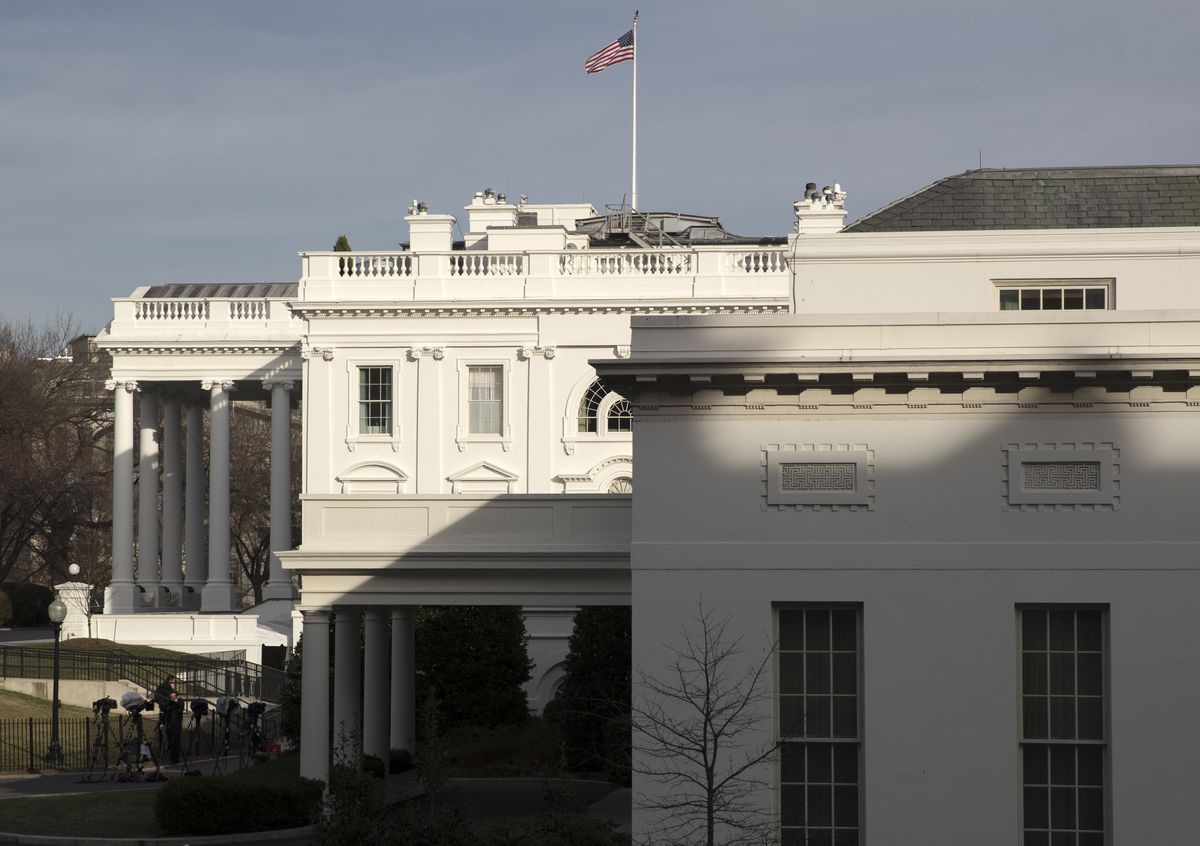 The move would put someone with ties to Alaska's congressional delegation at the top of the White House food chain, though not all Alaskans and Trump loyalists are likely to be pleased with the pick.

Neither White House staffers nor Dubke responded to several efforts to confirm the appointment. The White House was expected to make an announcement soon.

Am told Mike Dubke will be comms director, which @Acosta just reported. Here he is hiding in plain sight at Trump presser 2 over from Spicer pic.twitter.com/Mc7Bfd67kw

Dubke's new position could provide a key connection to the White House for Alaska's lawmakers, who don't seem to have drawn much attention from President Donald Trump so far. Both Murkowski and Sullivan were among Republicans who announced they would not vote for Trump after a tape revealed Trump talking about sexually assaulting women.

The communications director is generally responsible for shaping the White House's broader messaging strategy. That will prove a key position under a president who has taken such a fervent interest in media coverage of the White House.

"It will be a plus for Alaska that someone in President Trump's inner circle knows and understands our state, our issues and our concerns," Murkowski said Friday. "I have full confidence that Mike will do a great job for the president and his team," she said, calling him a "skilled communicator."

"I couldn't think of a better choice for White House communications director than Mike Dubke," Sullivan said in a statement Friday. "Over the past few years, he has been a trusted adviser of mine." He called Dubke a "seasoned communicator" with experience advancing a "conservative, pro-growth agenda."

"No doubt, Mike knows Alaska and his experience will make him a tremendous asset to the Trump administration," Sullivan said.

White House Press Secretary Sean Spicer has been running double duty, also covering the role of communications director. Trump's campaign adviser Jason Miller had been tapped for the communications director position but resigned during the transition after allegations of an affair with another staffer. He said he wanted to spend more time with his family.

But Dubke has been closely involved in Alaska politics for a decade, mostly through the strategic communications and public affairs firm he founded in Virginia, Black Rock Group.

The company, particularly Dubke and Anchorage attorney Scott Kendall, signed on to Murkowski's campaign in 2015, even opening an Anchorage office. Kendall is now chief of staff for Alaska Gov. Bill Walker.

Prior to that, Dubke, a Virginia resident, had founded Americans for Job Security (AJS), a political funding organization that ran statewide television ads attacking Democratic Gov. Tony Knowles as far back as 2002.

AJS made a splash in Alaska by running afoul of Alaska campaign laws during a 2009 effort to funnel funds into a campaign against the proposed Pebble mine.

Dubke's close association with Alaska millionaire Robert Gilliam and his anti-Pebble efforts are likely to draw the ire of some pro-mining Alaskans. His association with Rove rankled some Trump supporters, according to Breitbart News, a right-wing outlet with close ties to the administration. Breitbart cited a "friend of Trump's" concerned about the White House hiring someone who was not a supporter during Trump's campaign.

Dubke hails from upstate New York and lives in Alexandria, Virginia, with his wife, Shannon, and two children, according to the Black Rock website.