Don Young: Canceling the health care vote was a 'victory for Alaska' 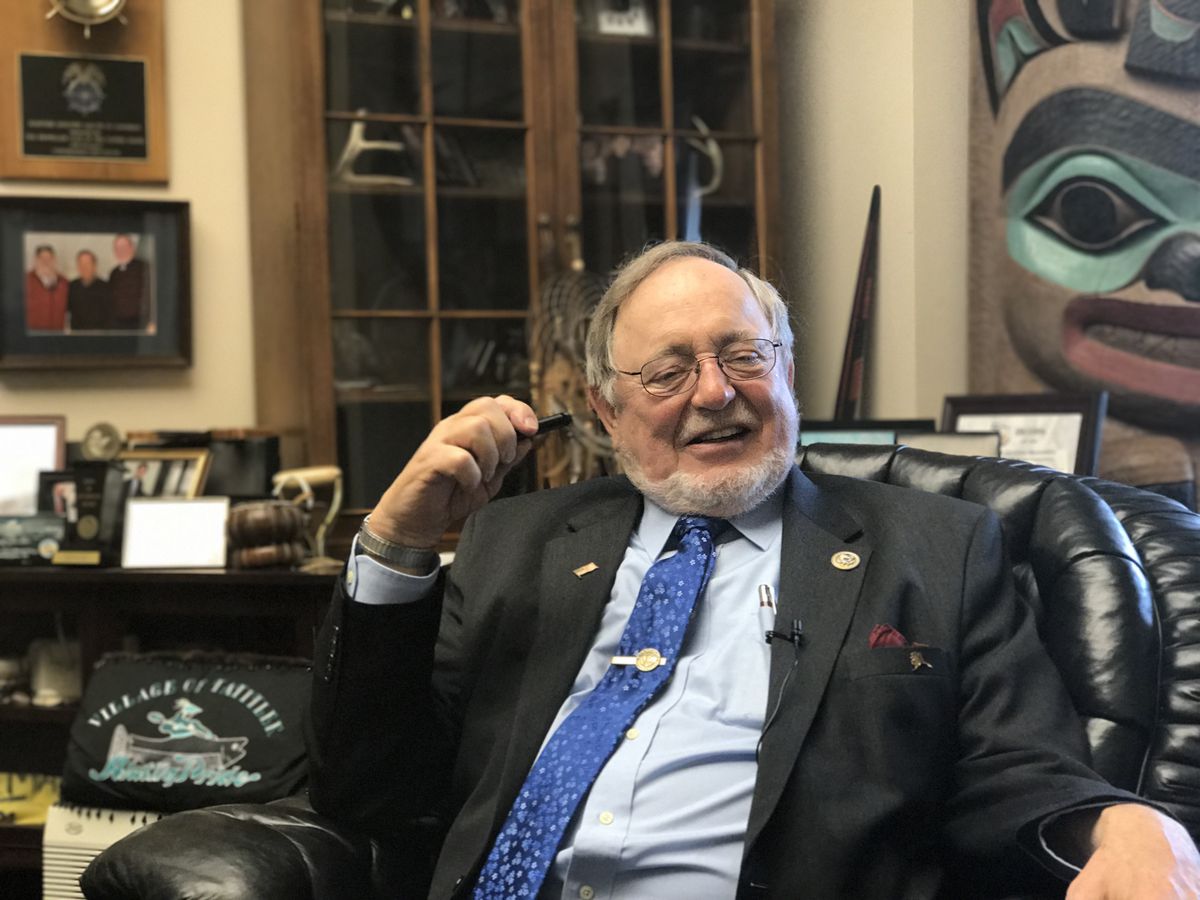 WASHINGTON — Alaska congressman Don Young called Friday's failure of the House health care bill a "victory for Alaska" and said this won't be the last gasp of an effort to repeal and replace the Affordable Care Act.

House Republican leadership pulled the American Health Care Act, the House "repeal and replace" legislation, from the floor Friday without taking a vote, acknowledging that they did not have enough votes to pass it.

Alaska would have faced far higher health care costs than any other state as a result of the bill, which did not take geography or premium costs into account. And Don Young was one of the members who helped tank it: he had made clear to the House leadership team that he was not going to vote for a bill that didn't take Alaska's needs into account, he said.

"My job is to represent those people in that state, and I think we did this this week," Young said. "I work with (House Speaker Paul Ryan), don't get me wrong — the speaker talked to me quite a bit. But it didn't come to a point where I could support this bill. He needed my vote."

Young is not part of the House Freedom Caucus, the group of conservatives who banded together with plans to undo the bill, he said. "I'm a so-called 'loose cannon,' " he said. "But I let them know don't do this and they didn't listen to me so they lost a vote. And I can tell you I wasn't gonna vote for it," Young said Friday afternoon, after the vote was called off at the last minute.

Up next: "a pause," Young said. Republicans would have to rethink their strategy. "I've told them all along this is not the way to do it," Young said. He criticized efforts to move a bill quickly, and without getting input from a broad array of sources, or allowing many amendments on the House floor.

The answer, Young said, will be in a bipartisan approach.

"You know the reason Obamacare failed? It wasn't a bipartisan bill. I'll never forgive (former Democratic House Speaker) Nancy Pelosi for that … And it was never any consultation with anybody, including those directly involved in health care. Neither one of these bills talk about health care. They talk about providing health care," Young said.

"And nothing in this new bill addressed the real problems of health care," Young said.

Young said he would like to see a multistep process: First, a simple repeal of the ACA, passed soon, to be enacted in 2020. Then, he'd like to see a commission in the House that would work with the relevant committees, gather smart minds, and come up with a bill.

The pressure of upending the ACA entirely would bring both Democrats and Republicans to the table, Young said. "And that happens to be a presidential election year so that's gonna be fun to watch."

Young said he has interest in allowing insurance to be purchased across state lines, but cautioned that that may not be an easy fix for high-cost Alaska.

He said he'd also like to see more options for groups of people in a shared industry to pool together to get a better deal on health insurance.

And he'd like to see better control over drug costs and the high prices for services that insurance companies charge.

Young was not swayed by President Donald Trump's early indications that he was done with the process of health care legislation. "We have our job to do. You know?" Young said. "And the president the other day, the worst thing he could do yesterday is say, 'I'm through negotiating and I'm not going to talk to you anymore.' Don't do that. I don't care," Young said. "Let us do our job."