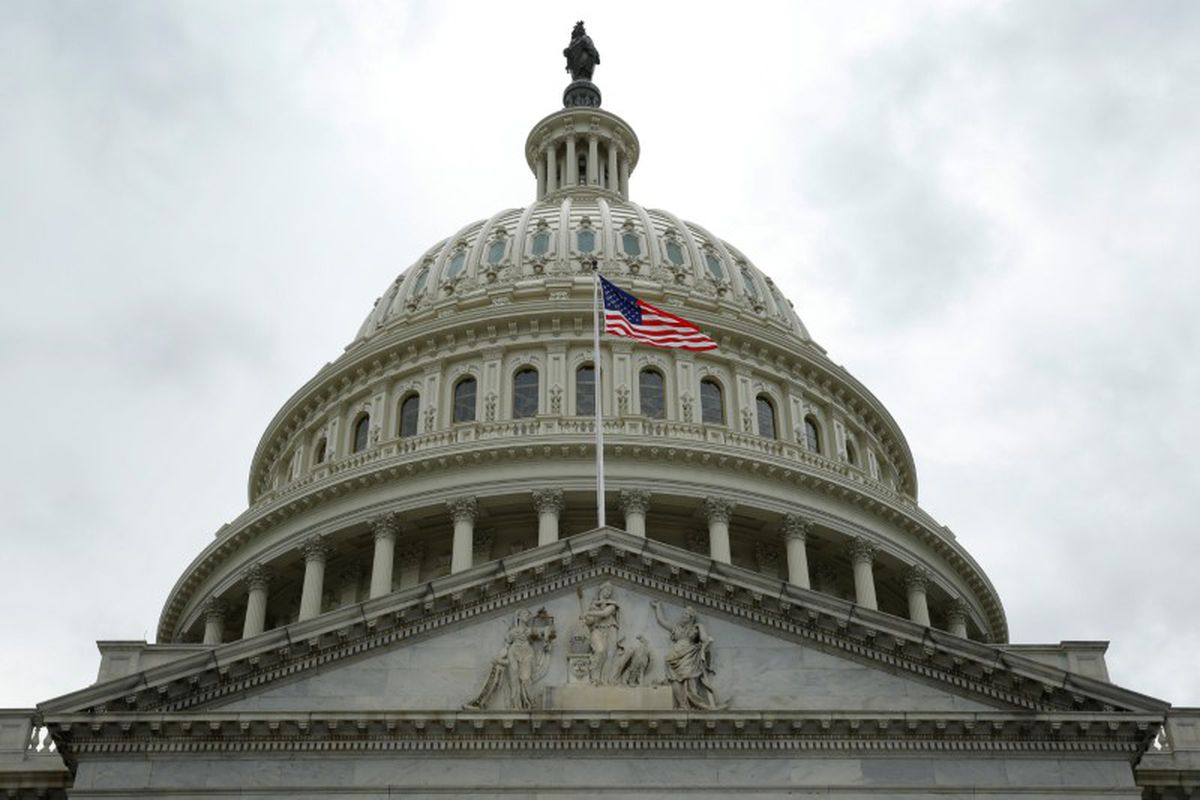 WASHINGTON — Alaska's U.S. senators have joined their colleagues in constant meetings over the last month in the quest to repeal and replace the Affordable Care Act. They're just not sure how it's going to end up.

As Congress heads into a one-week Memorial Day recess, Republicans in the Senate are facing an ever-shrinking schedule of time to reach some consensus on one of the nation's most vexing and partisan issues: health insurance.

The answers don't seem to be arising, however, Alaska Sen. Lisa Murkowski said in an interview this week. Alaska Sen. Dan Sullivan was more optimistic about the pace of collaboration, but both seemed to regard the process as in its early stages.

"Everything overlaps ultimately. And quite honestly that's part of the complicating factor," Murkowski said, noting that adjustments to one element of health care law always pulls the string on some seemingly unrelated factor.

Sullivan and Murkowski, though both part of the majority Republican Party, have not been granted leading positions in the negotiations. Some politicos watching the negotiations were surprised when Murkowski, a high-ranking senator and member of the Committee on Health, Education, Labor and Pensions (HELP), was not granted a spot on a panel of 13 senators working to craft a bill to counter the one that passed the House of Representatives earlier this month.

But Murkowski said she's taking the slight in stride, and is continuing to work with other groups instead.

"As a member of the HELP committee, as one who is from a state that is probably most dramatically impacted, yeah, I think it would have been nice to be asked," Murkowski said. "But I didn't feel like it was purposeful exclusion."

Murkowski said she still hasn't participated in the group, though Majority Leader Mitch McConnell has expressed an open invitation to Republicans who want to join.

Sullivan, for his part, is joining as many groups as he can find.

He attended a meeting of the "Original 13" senators Thursday, he said. (It was no longer an all-male affair, he offered. Murkowski, however, was not in attendance.)

There's also a plan led by Sens. Bill Cassidy, R-Louisiana, and Susan Collins, R-Maine, on which both Murkowski and Sullivan have been engaged, interested in the "flexibility" that it offers states.

"Cassidy's been working these issues for decades as a doctor. Susan Collins was a commissioner of insurance in Maine that had a really innovative program for their state," Sullivan said, nothing that his effort has been focused on listening to "smart people" on the issue.

And the meetings are plentiful. Republicans have three policy lunches a week and a slew of other meetings to hash out the details to go into an eventual bill. On Tuesday, Seema Verma, head of the Centers for Medicare & Medicaid Services, spoke at the Republican policy lunch, Murkowski said.

Murkowski said she's been part of the "Medicaid Working Group" since January, as has Sullivan.

The group is trying to advocate for finding "areas where we can continue to provide a level of assistance to so many who've seen the benefits of expansion, while having some level of equity to the non-expansion states," Murkowski said. "There's a big discrepancy there."

"Literally every group that's met, I've been in all those meetings. The Medicaid Expansion group, the bipartisan group, the Original 13," Sullivan said in an interview Thursday.

"I've personally met, since the (2016) election, with well over 1,000 Alaskans" who hold a wide variety of opinions on the matter, Sullivan said. There are "some who think the Affordable Care Act as-is is great, doing wonderful things for the country and Alaska, others who think it's the bane of our existence, and everybody in between."

Reaching an agreement is a tough task, given such widely disparate views in the upper chamber, and the need to get to 50 votes for passage, with just 52 Republicans making up the majority.

While the House relied entirely on 217 Republican votes — and no Democrats — to pass its ACA repeal bill, there is more of an appetite for a bipartisan response in the Senate. Nevertheless, the majority leader has kept his focus on policy meetings within the Republican Party, opting for a Republican-only panel of lawmakers managing the bill.

Murkowski, one of a few "moderate" Republicans, has staked out a few claims — not undoing Alaska's expanded access to Medicaid, defunding Planned Parenthood, or eliminating protections for people with pre-existing conditions — that would keep her from voting "yes" on a bill.

"We have been told that when a proposal gets to the floor, there will be opportunity for amendments and votes on those amendments," Murkowski said.

Getting a vote before Congress goes into August recess is "possible," Murkowski said. But it could be difficult, she said, noting just seven voting weeks until then, and a need to process the Trump administration's nominees and begin the appropriations process.

"I know that the (Majority Leader McConnell) would like to get this one behind us. I don't view it in that way," Murkowski said. "It's incumbent upon us to do right by the policy, not just getting something through a process so we can say we did it. … Alaskans are still really worried about the costs that they face, and they'd like us to try to fix things."

There are quite a few issues that could trip up the process. The House and Senate are still working with parliamentarians to make sure they are on track with an effort to keep the bill focused on tax issues that would allow it to move under Budget Reconciliation, excusing the Senate from needing 60 votes to bypass a filibuster.

For now, indications are that the Senate is prohibited from writing a bill that has less "savings" than the House bill, as estimated by the nonpartisan Congressional Budget Office ($119 billion).

The Senate is likely to face other limitations as well, but timing may not be one of them. The budget reconciliation process does not necessarily need to be completed by the end of the 2017 fiscal year in September, according to the Congressional Research Service.

"There is still a great deal to be resolved, and a variety of views that continue to be presented on really a daily basis," Murkowski said.

Murkowski said she's not fixed on a timeline, or a deadline. "I think we need to take the time to get this right," she said, noting that her "sense is that the House measure is not one that would be helpful to Alaska."

Sullivan worries about waiting too long to act. "It's not like things are going smooth right now in Alaska, or across the country on these issues, and I think doing nothing is an option that could end up harming more of my constituents than helping," he said.