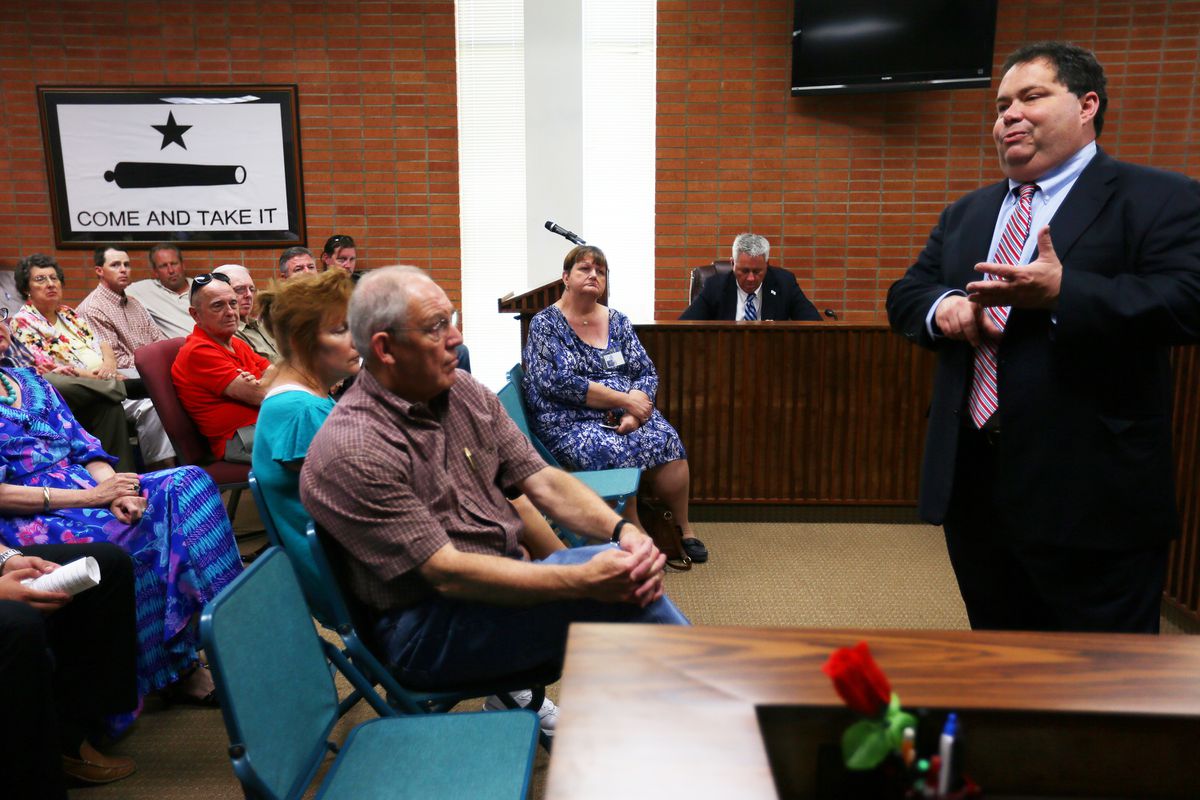 WASHINGTON — Texas Rep. Blake Farenthold expressed frustration with female senators over the stalling of the Senate health care bill and suggested he would handle the situation with a duel, if they were men.

"The fact that the Senate does not have courage to do some of the things that every Republican in the Senate promised to do is just absolutely repugnant to me," Farenthold said Friday on Corpus Christi, Texas, radio station KEYS-AM.

"Some of the people that are opposed to this — there are some female senators from the Northeast," the Corpus Christi Republican added. "If it was a guy from South Texas, I might ask him to step outside and settle this Aaron Burr-style."

Farenthold made no mention of challenging any of the male GOP senators who have opposed the bill at various points — Ted Cruz of Texas, Rand Paul of Kentucky, Mike Lee of Utah, Dean Heller of Nevada, Rob Portman of Ohio, Jerry Moran of Kansas or John Hoeven of North Dakota.

"Like the president, I am sick and tired of the left-wing biased media trying to make something out of nothing," Farenthold said in a statement to The Dallas Morning News. "This was clearly tongue in cheek."

"That being said, I'm extremely frustrated with Senate Republicans who are breaking their promise to the American people to repeal and replace Obamacare," he added.

Farenthold has been criticized for insensitive commentary in the past. In October, the congressman told MSNBC's Chris Hayes that old recordings of Donald Trump making lewd sexual comments would not be enough for him to rescind his support.

Even in the hypothetical case of Trump making statements confirming rape, "that would be bad, and (he) would have to consider" rescinding his endorsement, Farenthold said.

He later tweeted a three-part apology.

The congressman also faced sexual harassment allegations from his former communications director, Lauren Greene, in 2015. Greene accused him of making sexual comments to her, telling other office staffers about his sexual fantasies about her, and firing her after she reported being bullied by the chief of staff.

Farenthold denied the allegations, saying she was fired for poor performance and lying about coming in late to work. The case was dismissed after several months of mediation.