On Twitter, Trump criticizes Murkowski over her health care vote 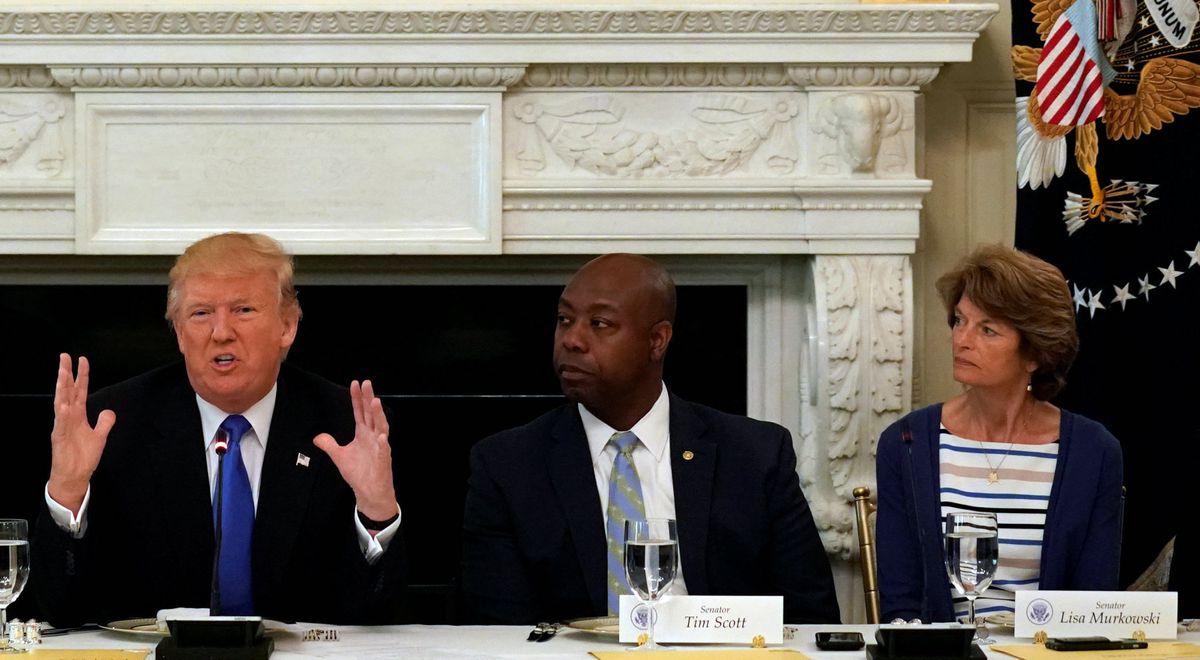 "Senator @lisamurkowski of the Great State of Alaska really let the Republicans, and our country, down yesterday. Too bad!" Trump wrote.

Senator @lisamurkowski of the Great State of Alaska really let the Republicans, and our country, down yesterday. Too bad!

The statement came after Murkowski and Maine Sen. Susan Collins voted against their fellow Republicans on Tuesday to begin floor debate on legislation to repeal and replace the Affordable Care Act. The vote was on the House-passed bill, rather than the Senate legislation that has faltered in fits and starts in recent weeks.

Murkowski said she felt the effort was rushed and did not adhere to an open and transparent legislative process.

Murkowski has been at odds with Trump at times, occasionally refuting his more controversial statements. She took a stronger approach toward the end of the presidential campaign, saying she could not support his candidacy and would write in a vote for someone else.

But Trump hadn't previously struck back at Murkowski. She has been invited to the White House numerous times, and as a potential "swing vote" has repeatedly been seated next to or near the president during negotiations and meetings.

Trump had also not tweeted about Murkowski and rarely about Alaska. He retweeted a Fox & Friends story this month about a missile defense test off the Alaska coast.

And in 2014, he tweeted about Russian President Vladamir Putin seizing Alaska, and a follow-up saying Putin wouldn't want the state because the Environmental Protection Agency would make it impossible for him to drill for oil.