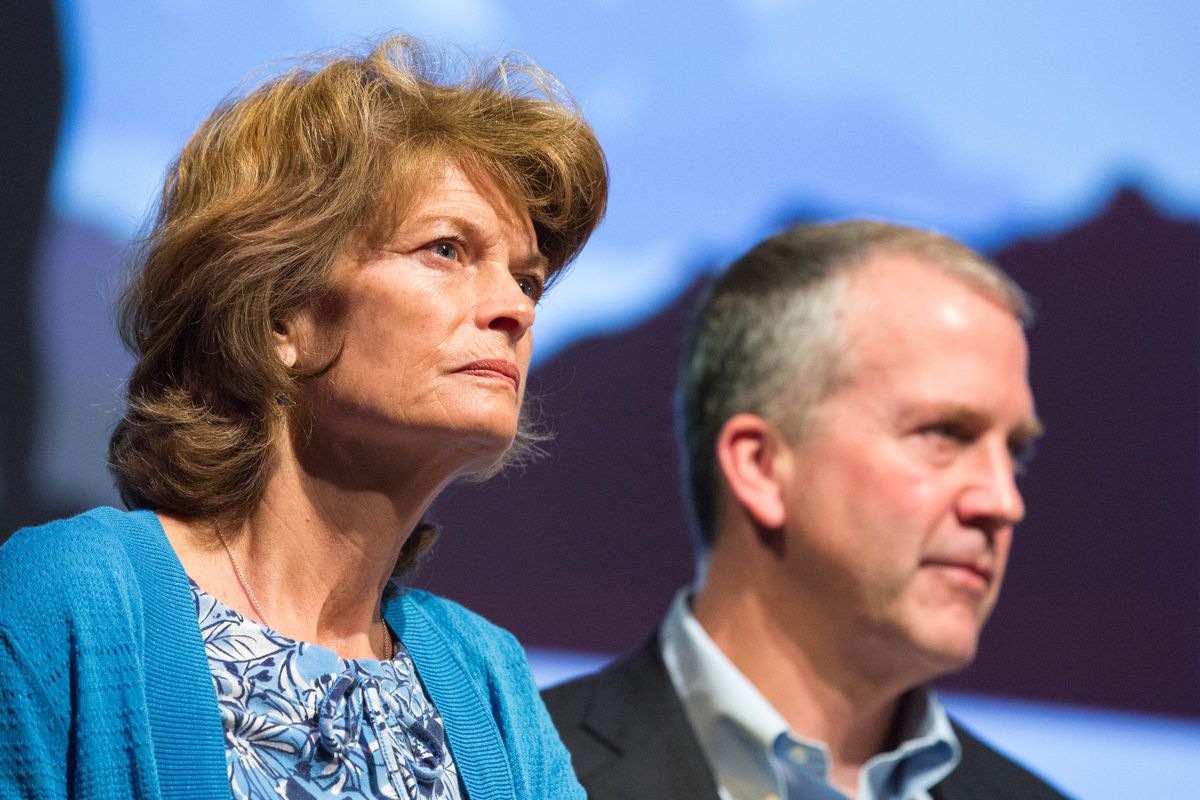 On Tuesday, Trump said that counterprotesters shared the same guilt as the white supremacist and Nazi protesters in the violence of the day.

"You also had some very fine people on both sides," Trump said.

At the "Unite the Right" rally on Saturday, a car plowed through a crowd of counterprotesters, killing one person and injuring at least 19, according to The Washington Post. Police say James Alex Fields Jr. — who had long expressed Nazi views and stood with white supremacists hours before — was driving that car, the Post reported. At least a dozen people were injured in street brawls.

Murkowski, who is in Bethel for an event, sent out a tweet late Wednesday night that unequivocally said, "What the President said yesterday was wrong."

"There is no moral equivalence between those who are inciting hate and division and those who took to the streets to make it clear that those views are unacceptable. Every one of us must stand against hatred, bigotry, and violence, in both our words and our actions. We all have the responsibility to unite and heal our country," Murkowski wrote in her statement.

Sullivan responded on Twitter Thursday morning: "Anything less than complete & unambiguous condemnation of white supremacists, neo-Nazis, and the KKK by the @POTUS is unacceptable. Period."

Anything less than complete & unambiguous condemnation of white supremacists, neo-Nazis, and the KKK by the @POTUS is unacceptable. Period.

Alaska Rep. Don Young posted a statement on Facebook Thursday evening reiterating an earlier statement "condemning the violence, hatred and bigotry in Charlottesville, VA." Young noted that he has been traveling with "limited connectivity." He did not specifically address the president's statements.

"I stand united with Americans from all corners and demographics of this country against these heinous acts – which were perpetrated by despicable and vile groups that do not represent the values and moral character of the United States," Young said. He encouraged Americans to work together to "address a growing number of challenges we face as a nation," and said he would continue to do so in the future.

Because I’ve been traveling (with very limited connectivity) and haven’t been able to speak directly to Alaskans for a...

Trump initially condemned the violence at the protests on Saturday, but blamed actions coming from "many sides." Under pressure to denounce the Nazis, white supremacists and nationalists and other hate groups that came out for the "alt right" protest, Trump delivered a statement Monday denouncing those groups.

[Alaska senators speak against bigotry in Charlottesville; hundreds of protesters turn out in Anchorage]

But on Tuesday, before a group of reporters to deliver a statement on infrastructure, Trump backtracked, saying again that he felt the opposition protesters shared in the blame.

The president continued his argument Thursday morning with a string of tweets calling the removal of Confederate statutes "so foolish!"

"Sad to see the history and culture of our great country being ripped apart with the removal of our beautiful statues and monuments," he wrote. The "beauty that is being taken out of our cities, towns and parks will be greatly missed and never able to be comparably replaced!"

Alaska's senators joined several other GOP colleagues in their rebuke of the president's statements.

Arizona Sen. John McCain wrote in a tweet that "There's no moral equivalency between racists & Americans standing up to defy hate & bigotry. The President of the United States should say so."

"The white supremacist, KKK, and neo-nazi groups who brought hatred and violence to Charlottesville are now planning a rally in Lexington. Their messages of hate and bigotry are not welcome in Kentucky and should not be welcome anywhere in America," McConnell said.

"We can have no tolerance for an ideology of racial hatred. There are no good neo-nazis, and those who espouse their views are not supporters of American ideals and freedoms. We all have a responsibility to stand against hate and violence, wherever it raises its evil head," he said.

CORRECTION: This story misstated the day when Sen. Lisa Murkowski sent out her tweet. She sent it Wednesday, not Thursday. This story has been updated to include a statement from Alaska Rep. Don Young.