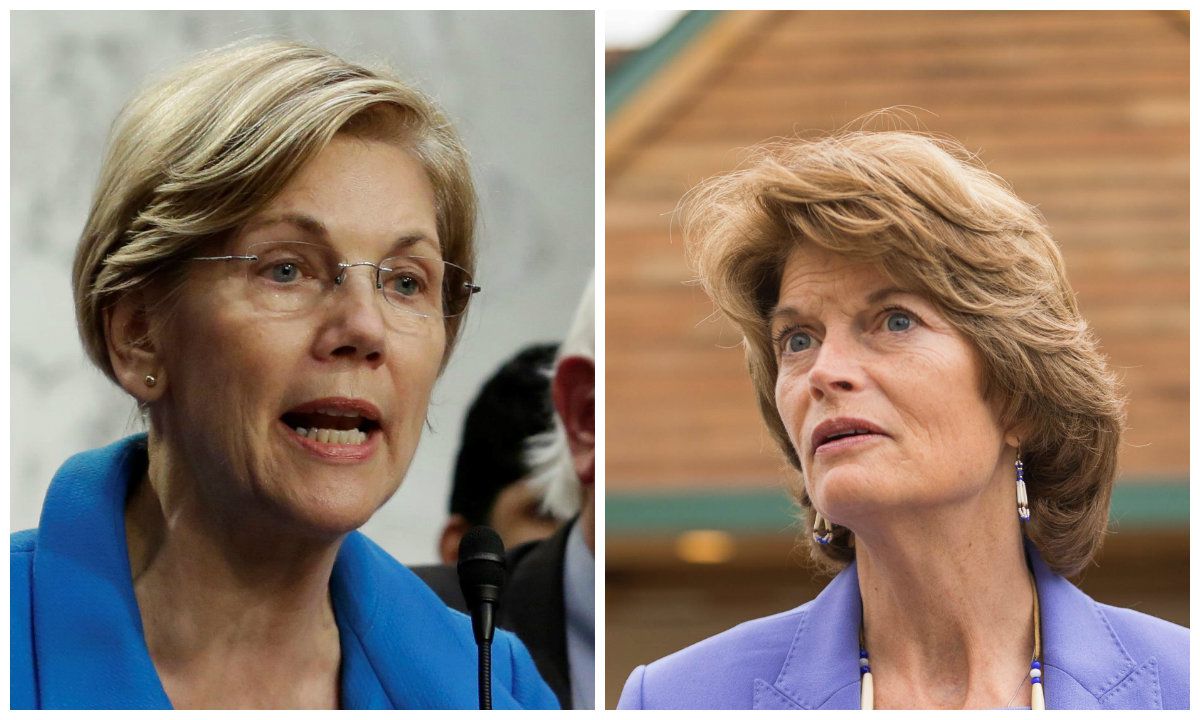 Trump said in early August that he would declare opioid addiction a "national emergency" in order to direct federal resources to the problem. That has not yet happened.

Trump said on Aug. 10, two days after an opioid summit at his Bedminster, New Jersey, resort, that the "opioid crisis is an emergency and I'm saying officially right now it is an emergency … We're going to draw it up and we're going to make it a national emergency," Murkowski and Warren quoted in a letter. Trump also ordered his commission on combating drug addiction to declare a national emergency "under either the Public Health Service Act or the Stafford Act."

"However, we are extremely concerned that 63 days after your statement, you have yet to take the necessary steps to declare a national emergency on opioids, nor have you made any proposals to significantly increase funding to combat the epidemic," Murkowski and Warren wrote to Trump.

A White House spokesperson did not immediately respond to questions.

Murkowski, a moderate Republican, and Warren, a progressive Democratic firebrand, come from opposite ends of the country, but both of their states have declared the opioid problem to be a state of emergency. Arizona, Florida, Maryland and Virginia have also made emergency declarations.

On a federal level, such declarations "can help combat epidemics by freeing up funds, promoting innovative programs, and making treatments more accessible to vulnerable populations," the pair wrote.

Alaska Gov. Bill Walker declared his state's opioid problem to be a public health disaster in February, and directed state agencies to apply for federal grants and authorized first responders to administer naloxone, an overdose medication.

On Aug. 10, the White House did send out a statement that the president "has instructed his administration to use all appropriate emergency and other authorities to respond to the crisis caused by the opioid epidemic." It did not elaborate any further.

But the White House has offered mixed signals about declaring an opioid epidemic to be a national emergency.

The president's own federal commission on the issue recommended that he do so in July. And that commission's chair, New Jersey Gov. Chris Christie said this week that the delay in a formal declaration was a problem for the commission.

But then-Health and Human Services Secretary Tom Price questioned the need for a national emergency declaration just two days before the president's statement.

Most national emergencies are for public health issues that are limited in time and scope, like Zika and Hurricane Sandy, Price told reporters at Bedminster on Aug. 8. Everything that is needed can be done without a declaration, Price said.

Murkowski and Warren disagreed, and said that Trump should follow the paths laid out by Massachusetts and Alaska.

"Massachusetts and Alaska have been on the forefront of the opioid crisis that is sweeping our nation, and we are proud to represent states that have tackled the epidemic head on," the senators wrote. "We hope that you will back up your verbal commitment to fighting the 'serious problem' of opioid addiction with action."

This is not the first time Murkowski and Warren have teamed up to talk to the Trump administration. In March the pair wrote to Attorney General Jeff Sessions  to urge him not to crack down on marijuana use that is legal under state laws.