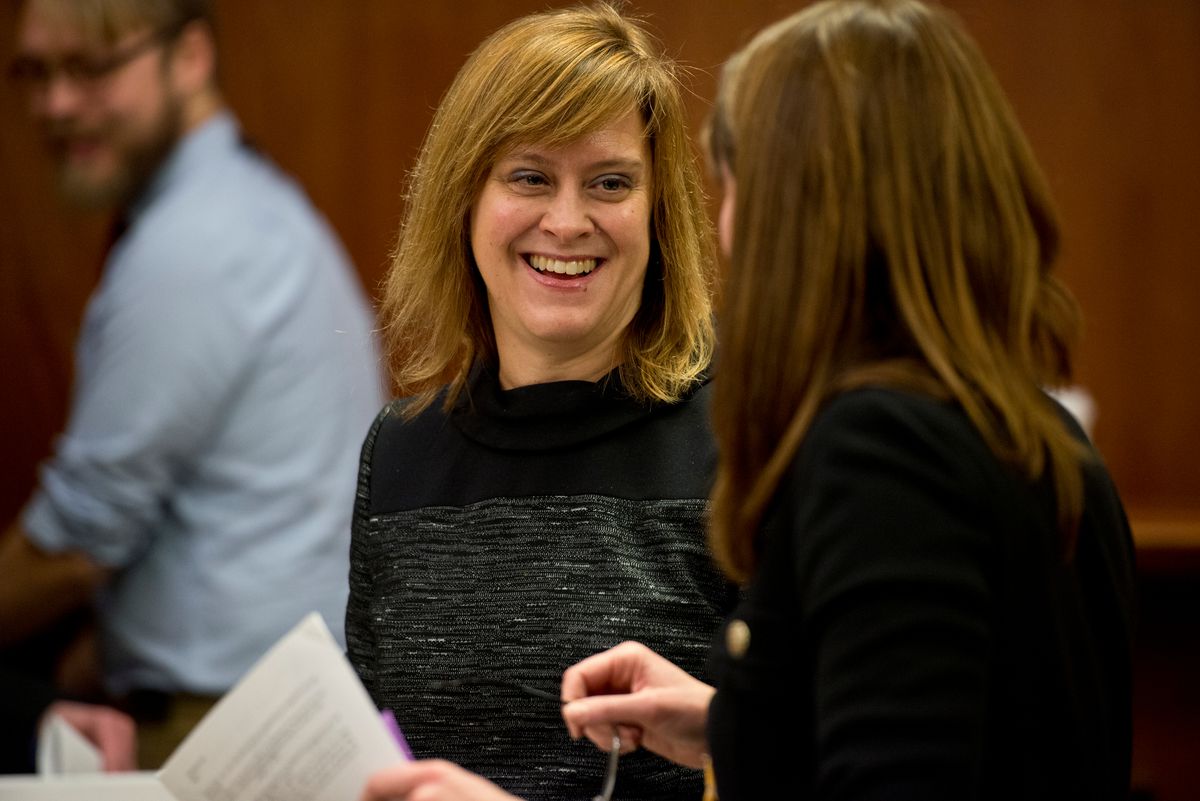 Costello co-sponsored the legislation. Millett introduced the House's companion version of the bill, though she ultimately voted against SB 91 on the floor. LeDoux shaped the legislation as chair of the House Judiciary Committee, and defended it during days of floor debate last year.

Now, at the special session in Juneau, the three Anchorage Republicans have become some of the law's harshest critics. Costello and Millett favor a full repeal, with the exception of provisions that toughened sentences for murder.

In interviews, LeDoux and Costello justified their reversals by citing crime trends and a constituent backlash against the bill.

All three are up for re-election next year.

"My neighbors — and people I grew up with and people I represent — are just screaming that this isn't working," Costello said."If you get something wrong, you admit that it's not working and try to address it."

Defenders of the legislation said the public's response to crime is legitimate. But they're at odds with LeDoux, Costello and Millett over how lawmakers should react.

"They feel that by echoing the public outcry they're doing the right thing," said North Pole Republican Sen. John Coghill. "I just disagree with them."

Coghill, who sponsored SB 91, said he's sticking with the criminal justice overhaul's research-backed principles. Those include cutting spending and keeping people from committing repeat crimes by reducing the use of prisons for all but the most serious violent offenses.

Some of the savings would go toward rehabilitation programs — from parole and probation to drug treatment.

The framework for the 123-page legislation was drafted by a new state commission, which included lawmakers and representatives from all levels of the criminal justice system. The changes the commission proposed, informed by research from the nonpartisan, nonprofit Pew Charitable Trusts, were designed to fix inefficiencies in the way Alaska treats criminals.

In the previous decade, for example, the state was jailing defendants for more time before trial, Pew's analysis showed. That was even though release was often tied to a defendant's ability to pay bail, rather than their risk of committing another crime or missing a court date.

And research showed that jailing low-risk defendants for more than a day, before trial, makes them more likely to commit new crimes during that period.

The review also found that Alaska convicts were being sentenced to prison for longer terms, though research has shown that longer sentences don't affect a criminal's likelihood of re-offending.

Coghill sponsored the legislation in the Senate; Costello signed on as a co-sponsor. Based on what she heard at the time, she said, she thought the legislation would reduce crime.

"From the testimony, it sounded like the right way to go," said Costello, who represents areas of South and West Anchorage, including the Sand Lake neighborhood.

Law enforcement data show that most categories of crime in Alaska actually decreased sharply in the first six months after SB 91 was signed, though criminologists say it's too early to draw connections between crime rates and the legislation.

Costello described herself as more inclined to listen to her constituents — including on the social media site Nextdoor — than to the academic research underpinning SB 91.

The members of Walker's administration defending pieces of the legislation in committee, she added, "are not the ones reading Nextdoor Sand Lake."

"They're not the ones getting a phone call when a crime is committed. People are calling me. As a lawmaker, I have a better sense of what the public is saying about this," she said. She added: "You have to weigh the data versus what you're hearing."

In a statement in support of the bill last year, she cited the commission's work in drafting the legislation. And she wrote that it "aims to better protect Alaskans" and keep the state from having to build an expensive new prison.

Millett ultimately voted against the Senate's version of the bill, however, which had been adapted and amended in the course of dozens of committee hearings. She now favors repealing the legislation, with the exception of the provisions that increased murder sentences.

In an interview earlier this week, Millett described lawmakers as deferring to "criminals' voices" in the process of passing SB 91.

"We stifled the voices of Alaskans, and it's our opportunity to right that wrong," said Millett, who represents Anchorage's lower Hillside.

LeDoux, meanwhile, has drafted a flurry of amendments this week to toughen some of the criminal laws that were changed last year.

Those proposals have come as part of the House Judiciary Committee's debate on Senate Bill 54, which would reverse or tweak pieces of last year's overhaul.

Last year, LeDoux led passage of SB 91 in the House. In her floor speech supporting the bill, she said it would save money and lead to fewer people going back to prison for new crimes committed they're released.

"Our state's current system isn't working. We've been spending more and more on corrections each year, and we've got a very, very high failure rate," LeDoux said at the time.

Now, LeDoux said in an interview, she's leaning toward favoring a repeal of the bill. She added, however, that she still likes some pieces of it, such as the toughened sentences for murder and an added emphasis on drug treatment.

LeDoux, a member of House leadership, said her views have changed after listening to constituents and observing crime trends in her own neighborhood. She represents an East Anchorage district that includes Muldoon and parts of Joint Base Elmendorf-Richardson.

"I mean, I have heard gunfire for the first time in my life," LeDoux said. "We passed SB 91 prior to really understanding the effects of a recession, the opioid crisis. It's a whole new world out there."

Asked if there was evidence that repealing SB 91 would reduce crime, LeDoux responded: "It sends a message." Lawmakers, she added, are going to have to "find the money" to pay for the toughened penalties, which will likely add more people to Alaska's prisons.

Anchorage Democratic Rep. Matt Claman, who took over for LeDoux this year as chair of the House Judiciary Committee, said people attributing crime to SB 91 are "looking for a scapegoat."

"And the easiest scapegoat is to blame a statutory change that actually met the needs of the state to start reducing costs," said Claman, who voted for SB 91 and still supports it.

Claman cited other factors that he argues have created problems for Alaska's criminal justice system.

The number of officers in Anchorage's police force dropped sharply under former Mayor Dan Sullivan, he pointed out. And the state, with budget cuts slicing more than 20 prosecutors from the Department of Law over the past three years, has seen a corresponding one-third drop in the number of misdemeanor prosecutions.