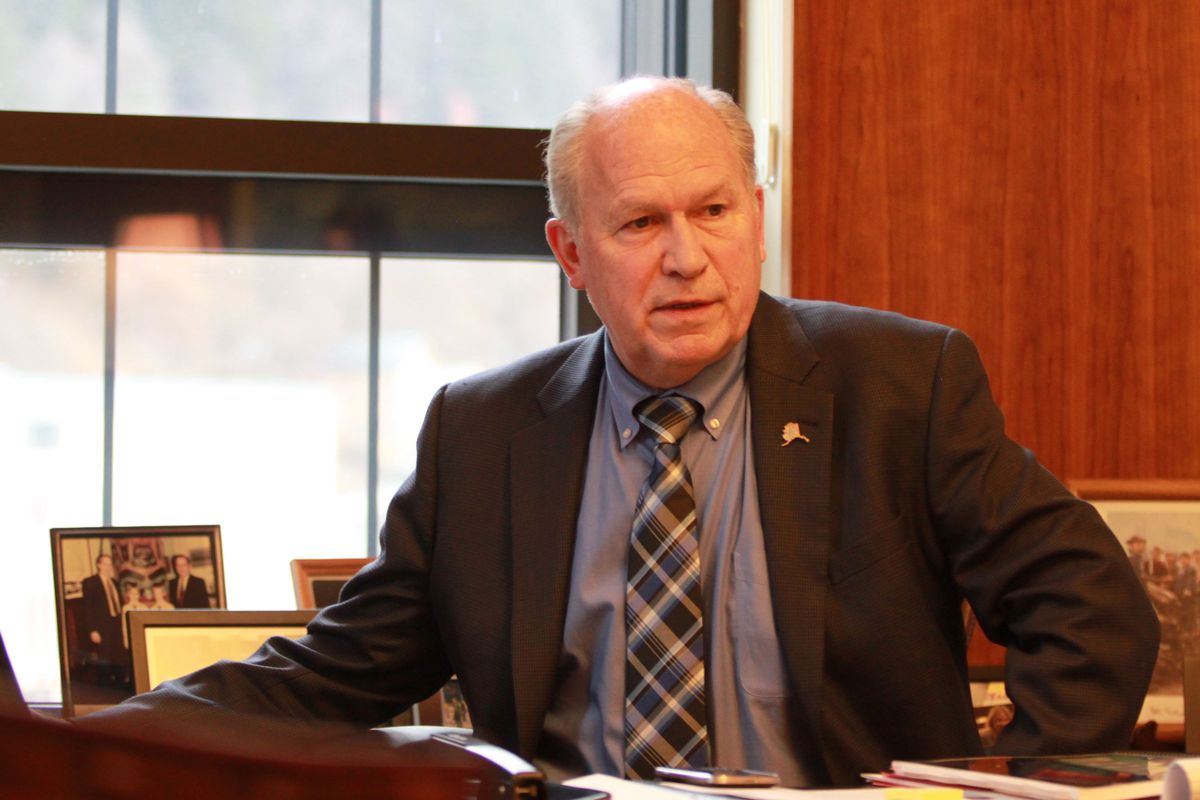 Alaska Gov. Bill Walker announced the creation on Tuesday of a state climate change committee, which he'll charge with recommending responses to problems like thawing permafrost and rising sea levels.

Walker will pick the 15 members of his "climate action for Alaska leadership team" before the end of the year, and they'll be asked to deliver a "preliminary action plan" by Sept. 1, just three months before the end of his term.

The committee will be chaired by Lt. Gov. Byron Mallott, a Democrat whose office has worked on the Walker administration's climate policy.

The announcement was formalized in an administrative order that the governor signed at a Tuesday morning news conference in Juneau.

The order is one of the first official steps that Walker, an independent running for re-election next year, has taken to respond to the impacts of climate change in Alaska.

Former Republican Gov. Sarah Palin established a climate change "subcabinet" of state agencies in 2007, but it went dormant under her successor, Sean Parnell.

Walker, at the news conference, said he's committed to tackling climate change but also acknowledged that his administration's focus has been consumed by the state's massive deficit.

"We know the need has been there, but there have been a few things we've been dealing with here on the fiscal side," he said. "But climate change is not going to be set aside as a result of our fiscal situation, so we're moving forward with this."

Temperatures in the Arctic are rising about twice as fast as the rest of the planet, forcing the relocation of at least one — and likely several more — Alaska coastal villages that are being threatened by rising sea levels and erosion. Many of the state's glaciers are retreating; thawing permafrost is warping roads and tilting homes in Western Alaska.

Walker's administrative order doesn't say exactly how the state should react, like by drafting new plans to help relocate those villages or curtailing its use or extraction of fossil fuels like oil.

[The creep of climate change comes to Alaska]

Instead, it leaves those decisions for the leadership team, which will be asked to draft recommendations in four different areas: reducing greenhouse gas emissions, adapting to climate change impacts, research and short-term response.

Team members will face a tension unique to Alaska as they develop their ideas.

Taxes and royalties from oil and gas extraction make up about two-thirds of the state's unrestricted revenue. But the United Nations' climate science panel says that greenhouse gases produced by the burning of those fossil fuels are extremely likely to have been the "dominant cause" of global warming in the past 50 years.

The state's main oil industry trade group, the Alaska Oil and Gas Association, wants to be an "ally and not an adversary" in shaping Alaska's climate response, said Kara Moriarty, the group's president. And she said she hopes someone from AOGA will be named to Walker's committee.

Asked whether the state would ultimately need to reduce its extraction of fossil fuels, Moriarty pointed to federal projections that petroleum products will still make up a major share of global energy use in 2050. Alaska's share of the world's oil production, she added, is "minuscule."

Walker, meanwhile didn't shrink from the tension between Alaska's economy and environment at his news conference. The state, he said, will continue to develop its non-renewable resources and use some of the associated revenue as "bridge funding," to "do what we need to do as a result of the impacts of climate change on Alaska."

"They're not incompatible in any way. In fact, one is necessary for the other," Walker said.

Conservation groups reacted positively, even if they have, at times, criticized the Walker administration for the pace and scope of its efforts on climate change.

"It's a complicated issue, and we are pleased to see the governor and lieutenant governor taking this action and addressing this important issue in a holistic and inclusive way," said Michael LeVine, a Juneau-based senior Arctic fellow at Ocean Conservancy.

But Bob Shavelson, director of the Homer-based Cook Inletkeeper, said it's "hard to be encouraged" by the Walker administration's action when it's matched against the scale of the climate change impacts that his organization is seeing — on shellfish in Kachemak Bay, on salmon and seabirds.

Shavelson has long been pressing for more aggressive action from the Walker administration on climate change. And his two daughters were among 16 young Alaskans who last week sued the state, alleging that Walker and his administration violated their constitutional rights by failing to protect the environment from greenhouse gas pollution.

Shavelson, in a phone interview, said there's been "a lot of foot-dragging" by state officials on climate change, though he added that not all of that can be blamed on the governor. Now, he said, "hopefully, between the administrative order and the lawsuit, you're going to see some resolve to do something."