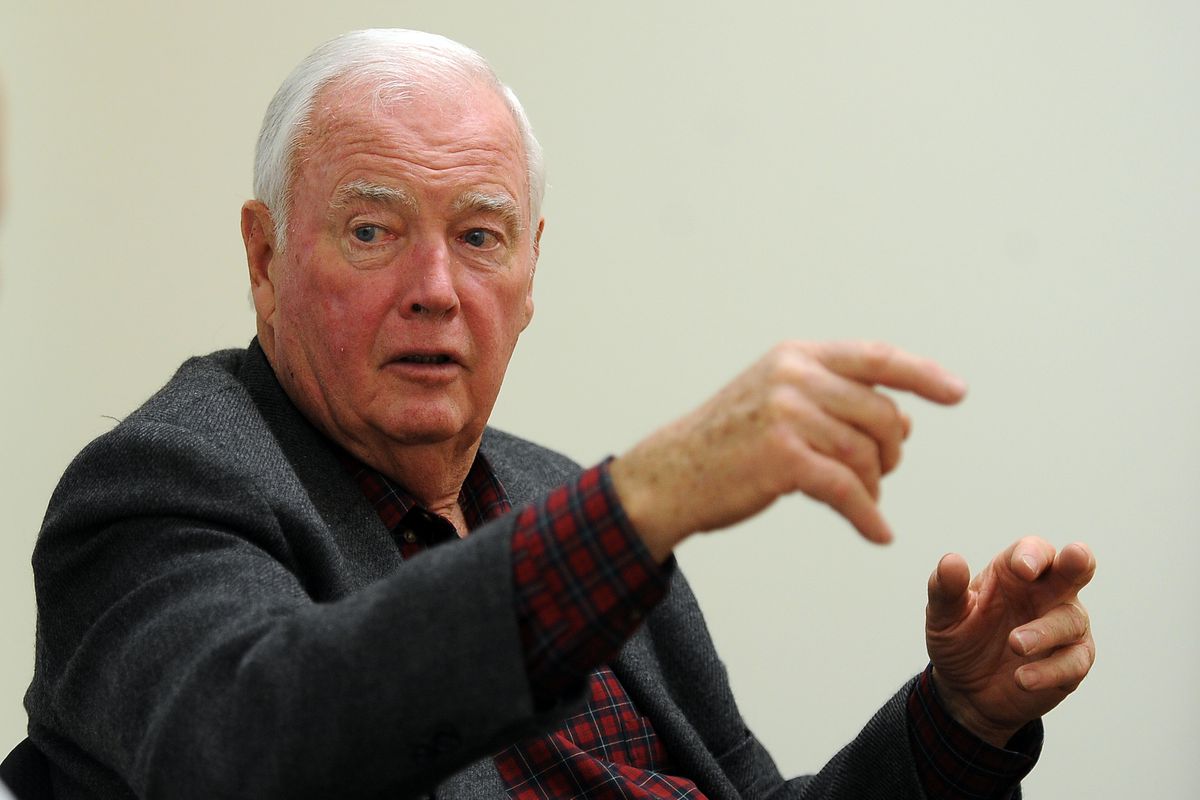 The June 1 deadline was approaching for candidates to file to run for Alaska governor. And the front-runners, in his view, were paying too little attention to the most important issue for the state's future: How to boost extraction of natural resources like timber, fish, minerals and oil and gas.

So Murkowski, the 85-year-old former governor and United States senator, picked up the phone and placed a call.

Murkowski won't say who was on the other end. But he confirmed in an interview last week that he asked the person to be his running mate.

"I was considering it up to just a very short time before filing closed," Murkowski said, referring to launching a gubernatorial campaign.

The call's recipient ultimately declined Murkowski's invitation. And by the filing deadline, Murkowski said he'd grown more satisfied with the field of Republican candidates, which saw a late addition of Mead Treadwell, the former lieutenant governor.

Murkowski still has lots of energy for politics, and some irritation, according to his wife, Nancy. Some of Alaska's political figures, in his view, haven't been talking enough about the issues on which Murkowski staked his political career — namely natural resource development.

"Nobody's doing it and it just really drives him crazy,"  Nancy said.

The Murkowskis spoke from their summer home in Wrangell, where Frank once worked as a bank manager. Frank took a phone call in the evening, before sitting down to a dinner of smoked black cod, while Nancy, who's also 85, spoke the next day as the couple prepared to take their boat for some crabbing and shrimping.

Frank said he's had a "little back problem" but has otherwise been in good health — at his last checkup, his doctor told him that he appears 10 years younger than his chronological age, Nancy said.

(There's precedent for octogenarian politicians to win statewide elections in Alaska: U.S. Rep. Don Young, who turned 85 on Saturday, is running for another term.)

Frank Murkowski was a United States senator for 22 years before being elected governor in 2002, for a single four-year term. Sarah Palin defeated him in the 2006 Republican primary, when Murkowski got 19 percent of the vote in a three-way race.

Since then, his political profile has been eclipsed by that of his daughter Lisa, who has held Frank's old seat in the U.S. Senate since he appointed her to fill it. But Frank still takes periodic speaking gigs, and last year Gov. Bill Walker appointed him as an unpaid "special envoy" to work on developing a railroad link between Alaska and Canada.

"Oh my gosh — last time he came to my office to present the work he's been doing on the railway, we couldn't get him to sit down. He did the whole presentation standing up," Walker said in a phone interview. "His level of energy, I think, is very sharp."

In May, Frank Murkowski traveled around the state on a sort of fact-finding tour. He said he met with people and groups in Ketchikan, Petersburg, Juneau, Fairbanks and Anchorage.

He had talks with several of the declared gubernatorial candidates, including Mike Dunleavy, the frontrunner in the Republican primary. He also chatted with Walker, the incumbent, during a barbecue at the Little Norway Festival in Petersburg.

From all those discussions, Murkowski said, it seemed clear that the biggest issues in the upcoming election would be crime, budget cuts and the future of Alaskans' Permanent Fund dividend checks.

Murkowski wants natural resource extraction to be more of a focus — for Alaska's leaders to be approaching development plans more offensively, while Republicans control the U.S. House and Senate, he said.

While Congress and President Donald Trump last year opened the Arctic National Wildlife Refuge for oil and gas leasing, for example, Murkowski described development there as still at risk from challenges by environmental groups.

"Every development project in the state of Alaska that I know of — and I know of most of them — is under siege by environmentalists," Murkowski said in a meeting with ADN staff members in late May.

"Trump turned it around and now the question is: Can we get it done under his tenure?" he added. "If we don't get a few of these things done while we have control of the House and the Senate, it could be a long time."

Murkowski talked with family members about the idea of running for governor. Nancy said she got behind the idea — if a little begrudgingly — though their children were less excited, she added.

Lisa Murkowski, Frank added, was "very open" with her opinions, which he said boiled down to: "You've done it before — why do you want to do it again?"

Frank said he decided to set his aspirations aside once the Republican field solidified. He suggested that that was because of the late entry of Treadwell — though Murkowski was careful not to endorse or name him, saying he didn't want to pick sides before the outcome of the primary election.

"There was another gentleman who decided to file relatively late that gave me a certain degree of satisfaction that he had the qualifications, the background and the experience to make it a legitimate race — and to bring the issues up that I wanted to bring up," said Murkowski.

Murkowski now says he wants to create a foundation to help muster credible experts to fight groups that he describes as stymying resource development in Alaska. And Nancy said she expects the winner of the gubernatorial race to hear from her husband.

"Just because the election will be over in November does not mean he will not call up whoever is governor and say, 'Have you thought about doing this?'" she said.