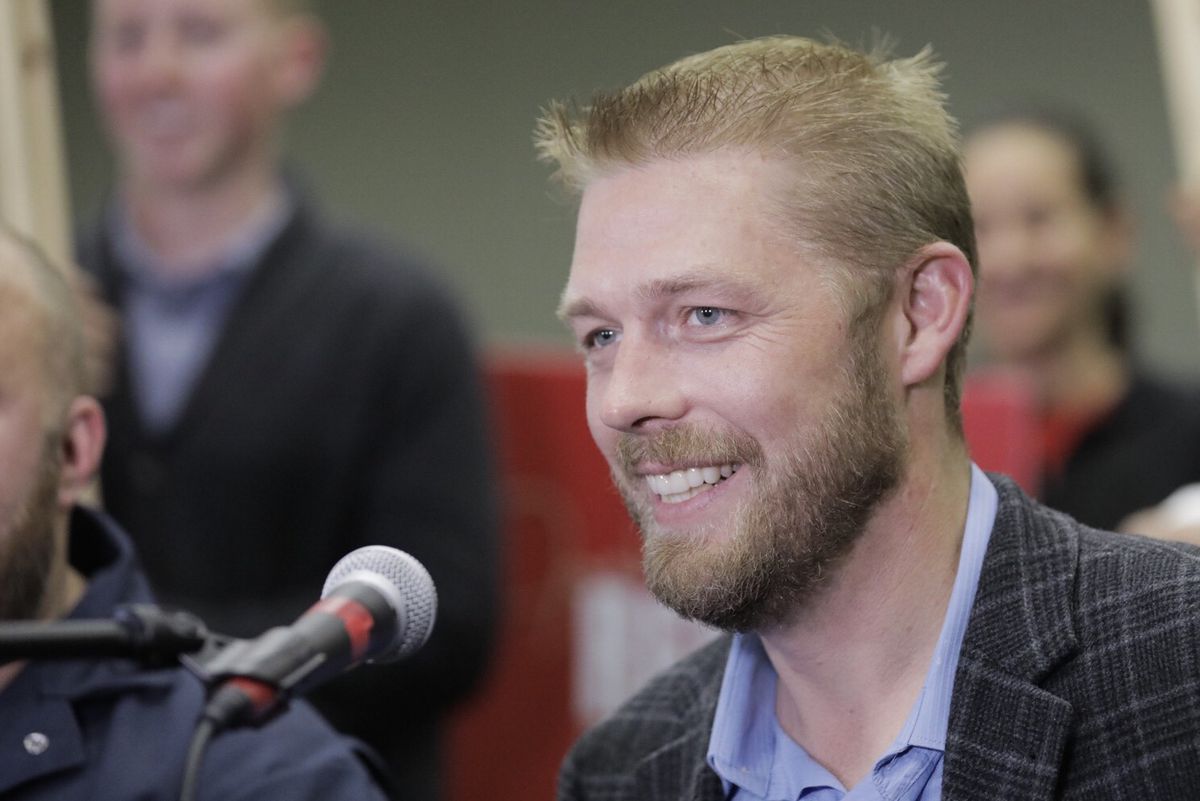 Incumbent Rep. Charisse Millett of South Anchorage was on track to be upset by a first-time political candidate in preliminary returns in the state's primary election Tuesday night, while two other incumbents, Sen. Peter Micciche and Rep. Gabrielle LeDoux, were fighting to keep their seats.

In contested state House races, Rep. Lora Reinbold had a big lead over fellow state Rep. Dan Saddler in a heated Alaska Senate race in Chugiak-Eagle River. In the Mat-Su, incumbent Rep. George Rauscher was on track to score the Republican nomination over former state Rep. Jim Colver and another candidate, Pamela Goode, in a contentious primary for state House.

With all precincts reporting late Tuesday night, Josh Revak, a military veteran and political newcomer, was beating Millett by more than a 10-point margin. Revak had 57 percent of the vote to Millett's 43 percent. Millett has represented the district since 2008.

Speaking in downtown Anchorage on Tuesday night, Revak, who had critiqued Millett's record on the criminal justice reform law Senate Bill 91 and other issues, called his lead "surreal."

"I just hope I can live up to the standards my neighbors in Abbott Loop have set out for me as voters," Revak said.

In a Republican primary for state Senate on the Kenai Peninsula, Micciche, who was elected to the Senate in 2013, was in a very tight race with Ron Gillham of Soldotna. The winner of that race will also win the seat, with no challengers in the general election.

With all of the district's precincts reporting, Gillham was leading Micciche by just 12 votes — meaning the outcome will come down to absentee ballots in the coming days.

An even tighter margin was at play for LeDoux in her East Anchorage House race. With all precincts reporting, LeDoux was neck-and-neck with challenger Aaron Weaver. Weaver had 50.3 percent of the vote to LeDoux's 49.7 percent — a difference of three votes. LeDoux has represented East Anchorage since 2015.

The winner of LeDoux's race will most likely face Democrat Lyn Franks, who had a comfortable lead in a three-way Democratic primary in the district late Tuesday night.

Other incumbents scored dominant victories. In the closely watched Republican primary for House District 9, Rauscher, who was first elected in 2016, had 50 percent of the vote. Goode had about 22 percent of the vote and Colver had 28 percent.

In what had been an acrimonious Senate race in Chugiak-Eagle River, Reinbold jumped to a huge lead Tuesday night over Saddler. With all precincts reporting, Reinbold had 58 percent of the vote to Saddler's 42 percent.

At a Republican election night event in downtown Anchorage, Reinbold told supporters that her stance as an early voice against Senate Bill 91 helped sway voters.

"Public safety is government's No. 1 mandate," she said.

Reinbold will face Democrat Oliver Schiess of Eagle River in the November election.

Apart from the Reinbold-Saddler race, it was a busy night in Chugiak-Eagle River, with two contested races for the state House seats vacated by Reinbold and Saddler.

In the race for Saddler's seat, Nancy Dahlstrom had a commanding lead over opponents Craig Christenson and Bill Cook. With all precincts reporting, Dahlstrom had 41.4 percent of the vote; Christenson had 29.4 percent; and Cook had 29.2 percent.

The winner will go against Democrat Danyelle Kimp in the general election.

Two other three-way Anchorage primaries had lopsided margins in early returns Tuesday night. In downtown Anchorage, Zack Fields handily won a three-way Democratic race against Cliff Groh and Elias Rojas. With all precincts reporting, Fields had nearly 50 percent of the vote, Groh had 32 percent and Rojas had 17 percent. Fields will face Republican Ceezar Martinson in the general election.

In a contested Republican primary for House District 26 in South Anchorage, Laddie Shaw also had a big edge over his two challengers. With all precincts reporting, Shaw had 45 percent of the vote, compared to Joe Riggs with 29 percent and Albert Fogle with 26 percent.

Shaw will next face Democrat Hunter Dunn in the general election.

Also in South Anchorage, Rep. Chris Birch, who currently has the seat sought by Riggs, Shaw and Fogle and decided to run for Senate, had a crushing lead Tuesday night over challenger Bekah Halat, a newcomer who was recently charged with felony welfare fraud. Birch had 78 percent of the vote to Halat's 22 percent with all precincts reporting.

Birch goes on to compete against Democrat Janice Park in the November election.

In West Anchorage's District 22, a political newcomer, Sara Rasmussen, soundly beat former state Rep. Liz Vazquez in the Republican primary. With all precincts reporting, Rasmussen had 54 percent of the vote and Vazquez had 46 percent of the vote. Vazquez was hoping for a rematch against incumbent state Rep. Jason Grenn, an independent who ousted her in 2016 after her first term.

Instead, it will be Rasmussen facing Grenn in November, along with Democrat Dustin Darden.