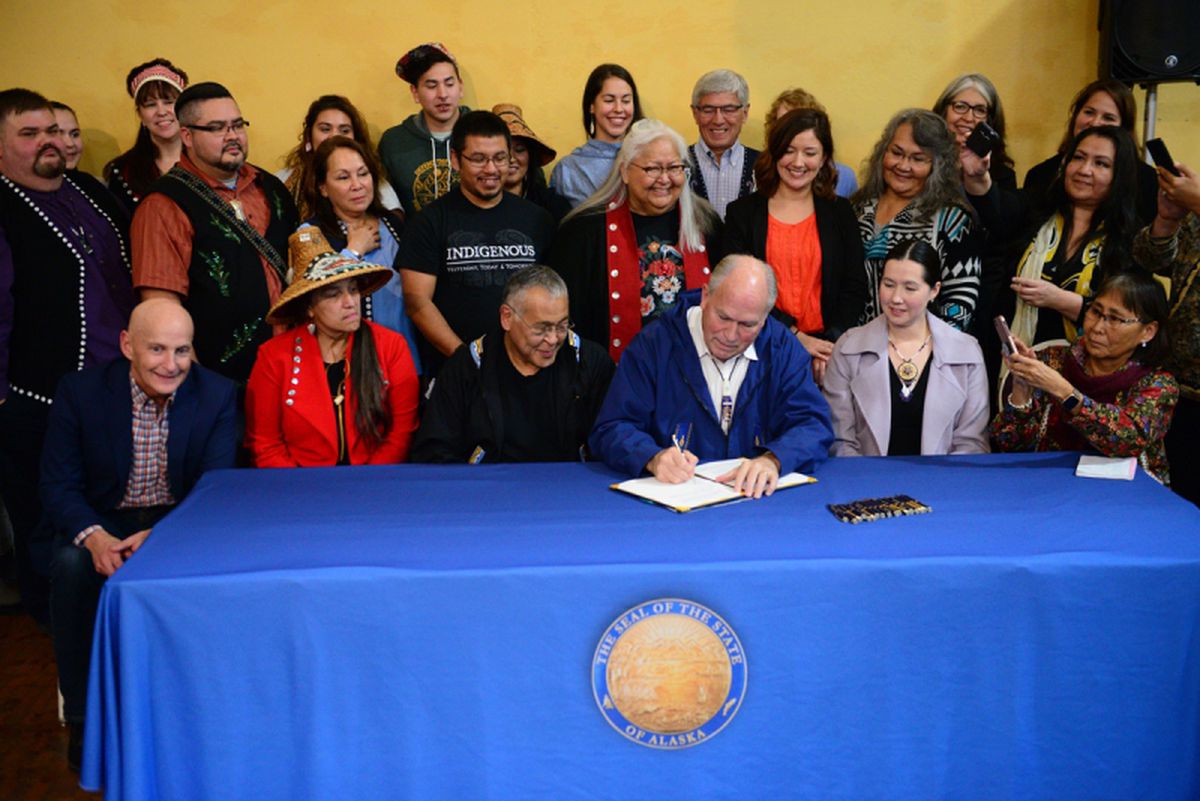 JUNEAU - Gov. Bill Walker has declared an emergency for Alaska Native languages, aiming to promote and preserve all 20 recognized indigenous languages in the state.

It also directs the state to use traditional Alaska Native place names on public signs. The order instructs state commissioners to designate a tribal liaison tasked with producing a plan to boost collaboration with Alaska Native partners.

The governor's order was prompted by a report this year by the Alaska Native Language Preservation and Advisory Council, warning that the languages could become extinct by the century's end. The Legislature also passed a resolution in April urging the governor to make such a declaration.

“You know there’s not a lot of times I stand up in front of a microphone and thank the Legislature, and I certainly do on this,” the governor said Sunday while signing the order in Juneau with a gathering of language advocates from across the state.

Walker acknowledged the state's role in undermining and discouraging the use of indigenous languages generations ago.

"I know we need to celebrate where we are, but boy, if you don't reflect on where you've been, it really is only part of the discussion, part of the celebration," Walker said.

Of the several Alaska Native representatives at the signing was Richard Peterson, president of the Central Council of Tlingit and Haida Indian Tribes. He said he hopes the order will aid communities in reconnecting with their culture in meaningful ways.