Ahead of vote, Murkowski said she did not know if FBI investigation was sufficiently thorough 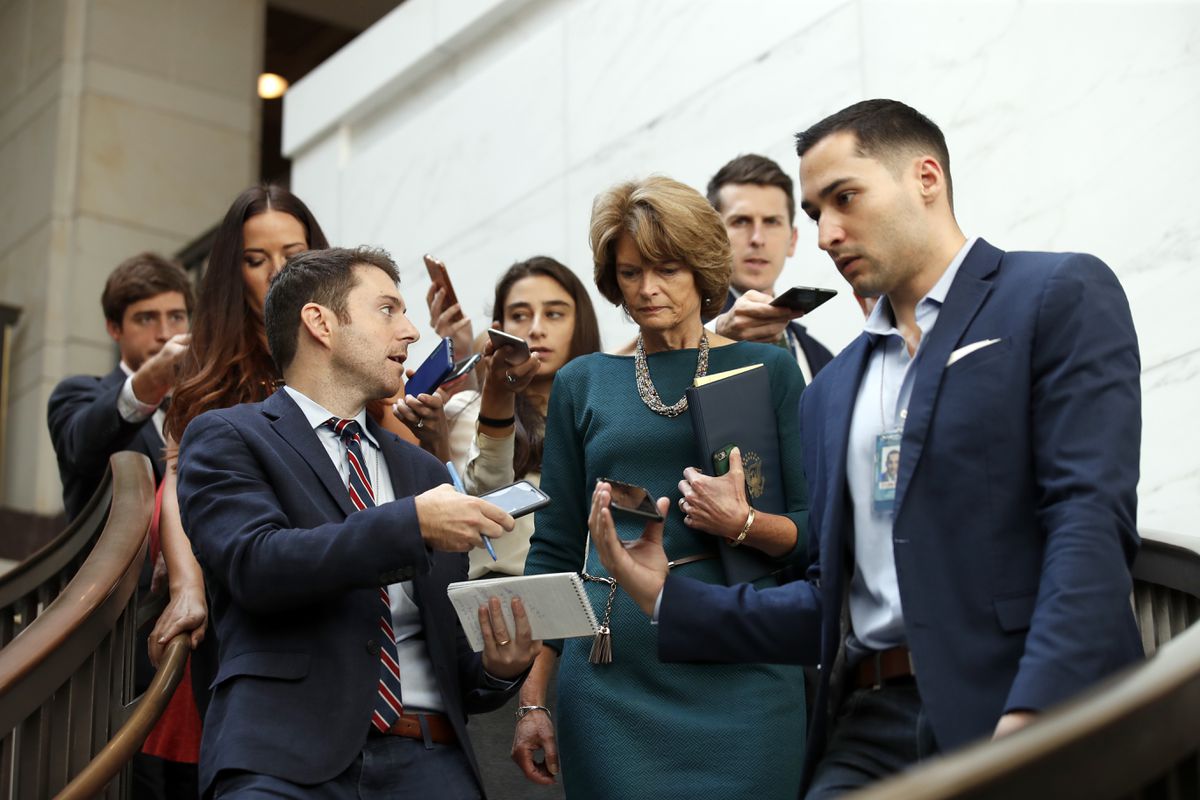 Murkowski plays a key role in the showdown over Kavanaugh's qualifications and character. She has not said publicly whether she will join most Republicans in voting for Kavanaugh to take a lifetime seat on the Supreme court, a vote expected to take place as early as Saturday.

Christine Blasey Ford, who has accused Kavanaugh of assaulting her while they were teenagers, testified last week, followed by Kavanaugh himself. Murkowski criticized President Donald Trump for mocking Ford's answers at a Tuesday rally.

Murkowski did not grant a request Thursday for an interview with the Daily News. Her spokeswoman, Karina Borger, said Murkowski "has not finished reviewing the FBI report."

Senators were given limited access Thursday to the confidential report, which presents a five-day, supplementary background check on Kavanaugh.

Republicans hold a 51-49 advantage in the Senate, with Murkowski one of three Republicans who are considered potential swing votes on the nomination. The two others — Sen. Susan Collins of Maine and Sen. Jeff Flake, R-Ariz. — expressed satisfaction with the new FBI report on Thursday, according to various media reports.

Murkowski told reporters Thursday that she did not yet know if the FBI had been sufficiently thorough in its one-week, supplemental investigation.

More than 350 Alaska attorneys, all women, delivered a letter to Murkowski and to Sen. Dan Sullivan calling on the Alaska Republicans to vote against confirmation of Kavanaugh. [Read the letter here]

Just spent 1h sitting 3 ft across a table from @lisamurkowski with 18 Alaskan lawyers & advocates opposed to #Kavanaugh. We brought your message & letters from 100s of lawyers & law clerks. She was receptive, kind: a true stateswoman. We appealed to her conscience & we have hope.

Murkowski told Alaska Public Media that her office has received a record number of calls from constituents about Kavanaugh. Borger said the pressure is coming from both pro- and anti-Kavanaugh factions.

On Thursday, Alaskans found their cellphones buzzing with unsolicited text messages from rival groups urging them to call Murkowski.

Murkowski is also under pressure from Alaska Native groups who fueled her improbable, comeback Senate victory against Republican nominee Joe Miller in 2010.

The Alaska Federation of Natives represents nearly 200 tribes and villages plus for-profit regional corporations that were established in 1971. AFN considers Kavanaugh a potential threat to the self-determination and tribal sovereignty provided under the Alaska Native Claims Settlement Act.

On Sept. 12, AFN said it strongly opposed the appointment of Kavanaugh. [Read the statement here]

Borger, the Murkowski spokeswoman, said Murkowski spoke with Kavanaugh on the phone about his views on laws that would affect Alaska Natives but it was not immediately clear whether that conversation alleviated any concerns Murkowski might have. Alaska's other senator, Republican Dan Sullivan, was an early supporter of the nomination, and said in mid-September that he had talked with Kavanaugh about those concerns. The nominee told him that the legal rights of Alaska Natives are well-established by Congress and the courts, Sullivan said at the time.

Borger said Murkowski's process for deciding on the Kavanaugh vote has been a multi-pronged effort that includes reading his opinions, reviewing the testimony of Ford and Kavanaugh and, now, reading the supplemental FBI report.

On Sept. 28, Murkowski said that she "continued to express concerns to my colleagues about how this process has been handled by both sides of the aisle."

She said at the time that she supported allowing the FBI up to a week to supplement its background investigation of Kavanaugh. "It is important to have a fair process for the sake of both Judge Kavanaugh and Dr. Ford, as well as the integrity of both the judicial branch and the Senate confirmation process," Murkowski said in a statement.