Tuesday is Election Day. Here’s a guide for Alaska voters. 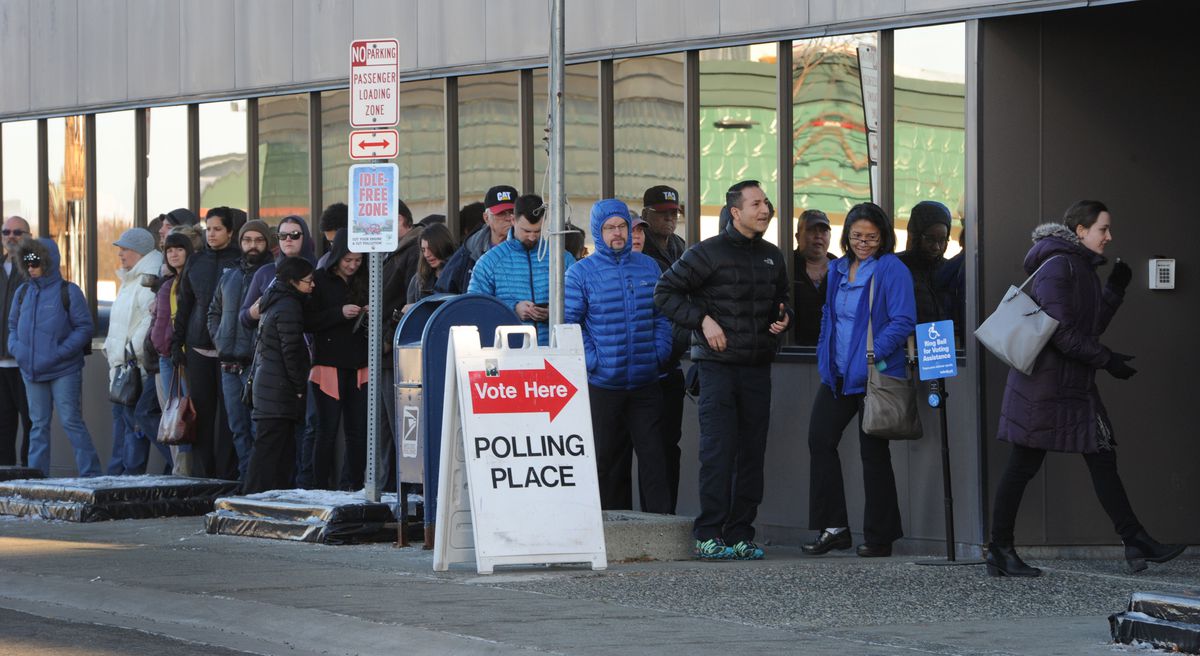 Voters will head to the polls on Tuesday to pick the next governor of Alaska and cast their votes for the state's sole U.S. House seat, the state Legislature, and more.

As of Monday, 62,581 ballots had already been voted and returned, according to the Alaska Division of Elections. (That's more than 20 percent of the turnout the last time Alaskans voted for governor, in 2014.)

What's on the ballot?

Republican Mike Dunleavy and Democrat Mark Begich are vying for the governorship. Gov. Bill Walker, an independent, was in the race up until Oct. 19. That's when he suspended his re-election campaign, three days after his former Lt. Gov. Byron Mallott resigned from office after making unspecified "inappropriate comments" to a woman.

Because he didn't formally withdraw from the race by the Sept. 4 deadline to do so, Walker's name is still on the ballot even though he has dropped his campaign. Mallott's name remains there, too. Walker said last week he had voted for Begich.

State Sen. Kevin Meyer is the Republican candidate for lieutenant governor, and Debra Call is the Democratic candidate for that office.

Libertarian candidate Billy Toien is also on the ballot for the governor's race, alongside that party's lieutenant governor candidate, Carolyn Clift.

Voters will also decide on the hotly debated Ballot Measure 1, known as Stand for Salmon. The measure would require the Alaska Department of Fish and Game to apply new standards to permitting activities and projects that "have the potential to harm fish habitat," the online sample ballot reads.

There are more than a dozen competitive races for seats in the Alaska Legislature.

You can look up sample ballots by House district on the Alaska Division of Elections website. (The elections division also has a list and maps online, in case you're wondering which district you're in.)

How do I vote?

Polls will be open from 7 a.m. to 8 p.m. Tuesday for registered voters to cast their ballots. Early voting started Oct. 22.

You have to bring a form of identification to your polling place. Examples include a driver's license, state ID card, voter ID card, passport, or military ID.

Voters who are unable to go to the polls because of age, serious illness or a disability can vote a ballot picked up by a personal representative.

The Division of Elections will begin posting results on its website at about 9 p.m. on election night and will update the results every 15 to 20 minutes after the polls close until results have been received by all precincts if possible, the division said.

People around the country Tuesday will head to polls to cast their votes in the midterm elections.

'It's really popular': Early voting numbers are up in Alaska compared to previous elections for governor