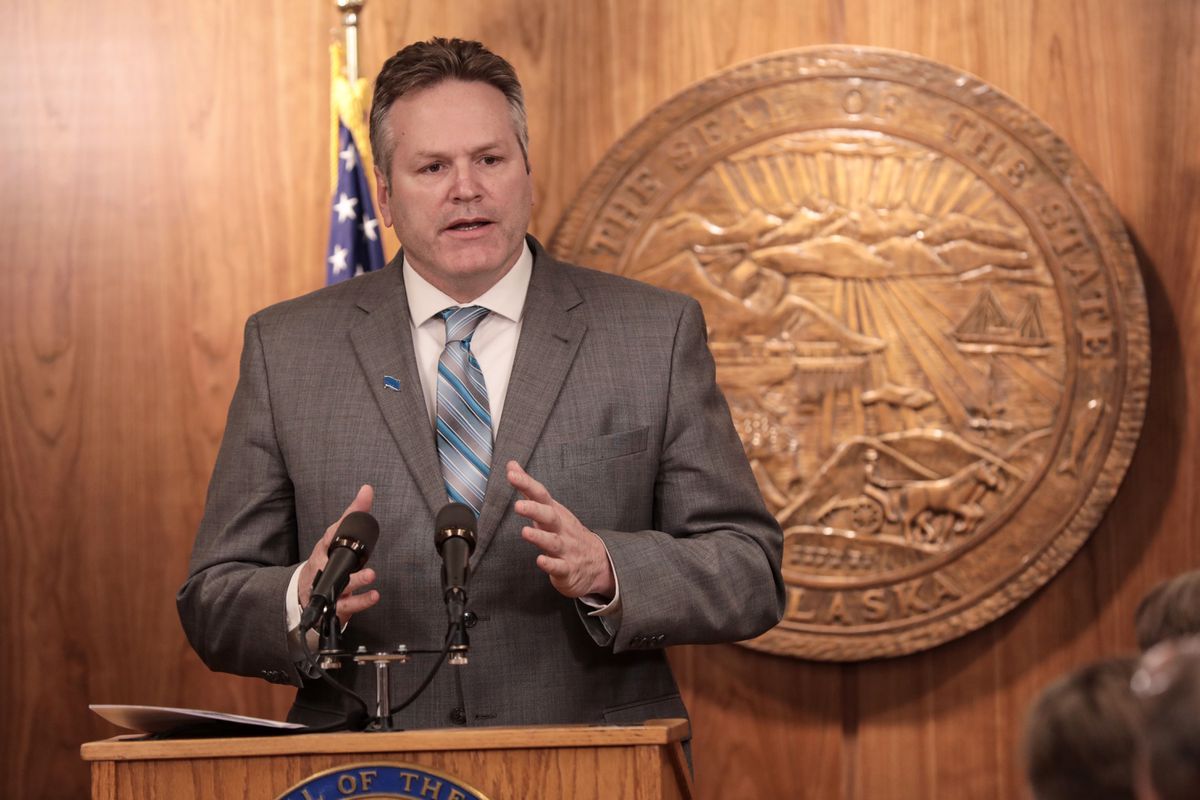 The money would be paid on top of whatever the annual dividend otherwise would be for this year, 2020 and 2021. Under Dunleavy's proposal, the money would come from Alaska Permanent Fund earnings.

Most Alaskans receive an annual check with payouts that reached as high as $2,072 in 2015. The following year, amid gridlock over how to address a state budget deficit, then-Gov. Bill Walker cut the amount available for dividends roughly in half, an action ultimately upheld by the Alaska Supreme Court.

Lawmakers subsequently limited payouts, with $1,600 settled on as last year's amount because it was what could pass the politically divided House.

Dunleavy campaigned with a pledge to follow the traditional dividend calculation, which has not been used since 2016, and paying Alaskans the amount they missed out on when checks were capped.

Preliminary budget figures suggested a full dividend this year and back pay for the three years would cost about $4.3 billion.

As of Dec. 31, the fund's earnings reserve was valued at $16.6 billion, according to the Alaska Permanent Fund Corp. Some legislators want to limit the amount taken from earnings and not allow it to become a piggy bank of sorts amid an ongoing deficit.

The Legislature last year passed a bill seeking to limit how much could be drawn each year from earnings for government costs and dividends. The law calls for a draw of $2.9 billion for the coming fiscal year. Dunleavy has eyed $1.9 billion of that for a so-called full dividend, in line with the traditional formula, and the rest for the budget.

Under his new proposal, Senate Bill 23 and Senate Bill 24 , Alaskans who received a permanent fund dividend in 2016 and are eligible for this year's check would get an extra $1,061 this year.

Democratic Sen. Bill Wielechowski separately has proposed legislation that calls for paying the money missed as a lump sum.

Meanwhile, the Alaska House hoped to find a workaround to keep staff on the job while lawmakers try to organize a majority.

The Legislature’s human resources manager, Skiff Lobaugh, warned last week that a temporary staffing authorization would expire on the first day of session, which was Tuesday.