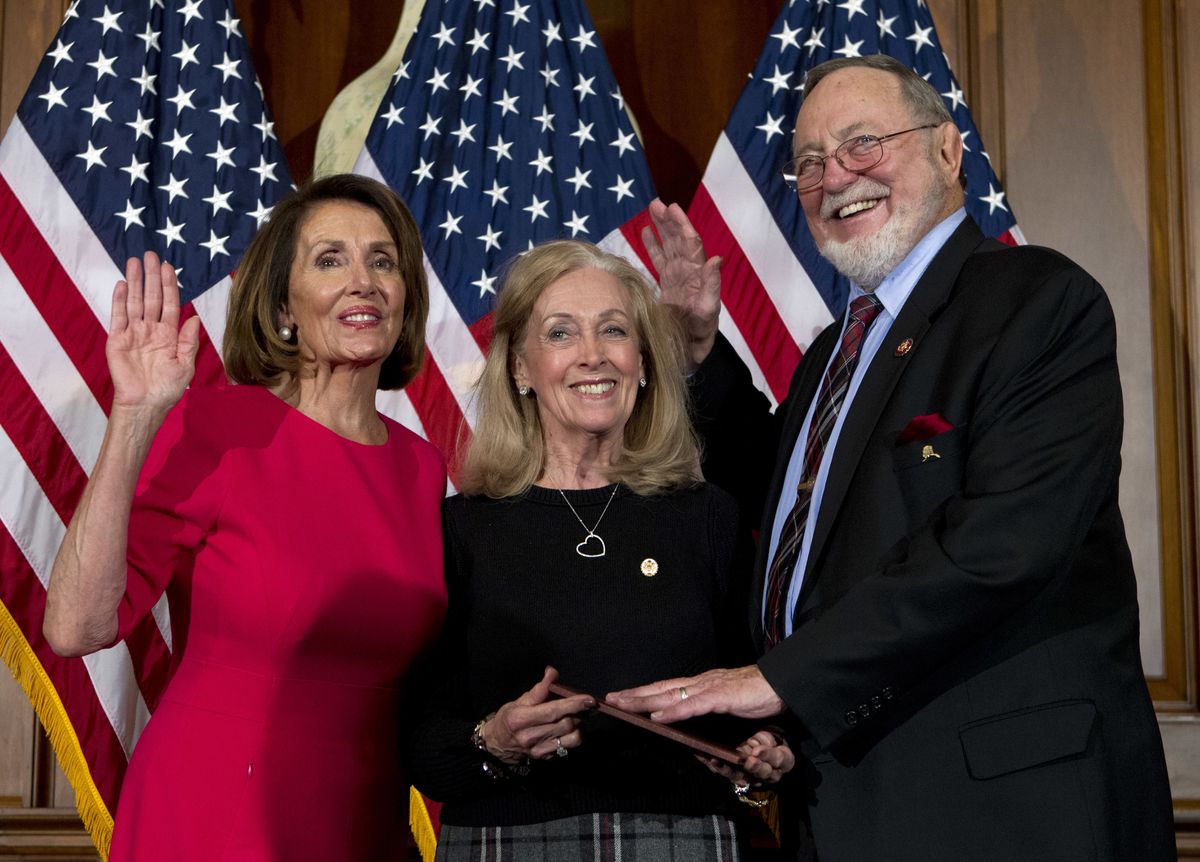 Alaska’s lone House representative on Wednesday became the longest-serving Republican in Congress ever.

The record for Young is another title in a long list of accomplishments for the brash but effective 85-year-old, known for his lack of political tact and ability to cross party lines.

“When you think about the legislative accomplishments for Alaska, there’s really nothing that Don didn’t lead on in the House,” said Sen. Lisa Murkowski, R-Alaska, in a statement.

That includes the bill authorizing the 800-mile trans-Alaska pipeline in 1973, Young’s first year in office, and the 2017 law that opened the Arctic National Wildlife Refuge to drilling, she said.

“He’s been involved with all of it,” Murkowski said in a video address.

In a video posted to YouTube on Wednesday, Young said his favorite memories of his career include the day he was sworn in, “which seems like yesterday,” and “helping people.”

“This is probably the best elective job one can have in Alaska," Young said in the video. "I’ve enjoyed every moment of it, and it’s hard work, but it’s rewarding work. And what else can a person ask for?”

He also described reaching the milestone Wednesday as “a great honor.”

The House historian has said the record will be broken Wednesday, Young’s office said.

And after 24 straight election wins notched in November, Young shows no signs of letting up.

“He says he’ll keep serving as long as he feels he can do the job,” said Zack Brown, his spokesman.

[‘Why quit?’ Alaska Rep. Don Young, 85 and proud of his accomplishments, says he has the energy for a 24th term]

Persistence isn’t Young’s only trait. The Center for Effective Lawmaking recently named him the most effective member of Congress for his ability to shepherd his legislation across the finish line. The last two years, he sponsored 62 measures, five of which became law, the center said.

“Young has long been known for advancing legislation on behalf of Alaska and of Native Alaskans, and such considerations were featured again here among the laws he advanced,” the center said.

“That (honor) is especially impressive given that he’s not part of the House leadership or chairing a committee,” Brown said.

Young became dean of the House in January 2018, after becoming the chamber’s longest currently serving member.

He has a long way before he catches the longest-serving congressman ever. Rep. John Dingell, a Democrat, represented Michigan for 59 years. He died Feb. 7 at 92, after retiring in 2015.

Young has survived serious setbacks, including ethics investigations and having to pay $60,000 after a committee’s finding that he accepted improper gifts, including hunting and fishing trips.

A gun-rights advocate, he once asked how many Jews were “put into the ovens” during the Holocaust because they were unarmed. He called California farm workers “wetbacks.” He was caught on camera twisting the wrist of a congressional staffer.

But he has steadily put forth bills. He’s sponsored 1,110 pieces of legislation and co-sponsored 5,634, according to congress.gov.

In 2015, The Washington Post ranked Young among the most effective members of Congress, saying “he continues to be a strong advocate for his home state of Alaska.”