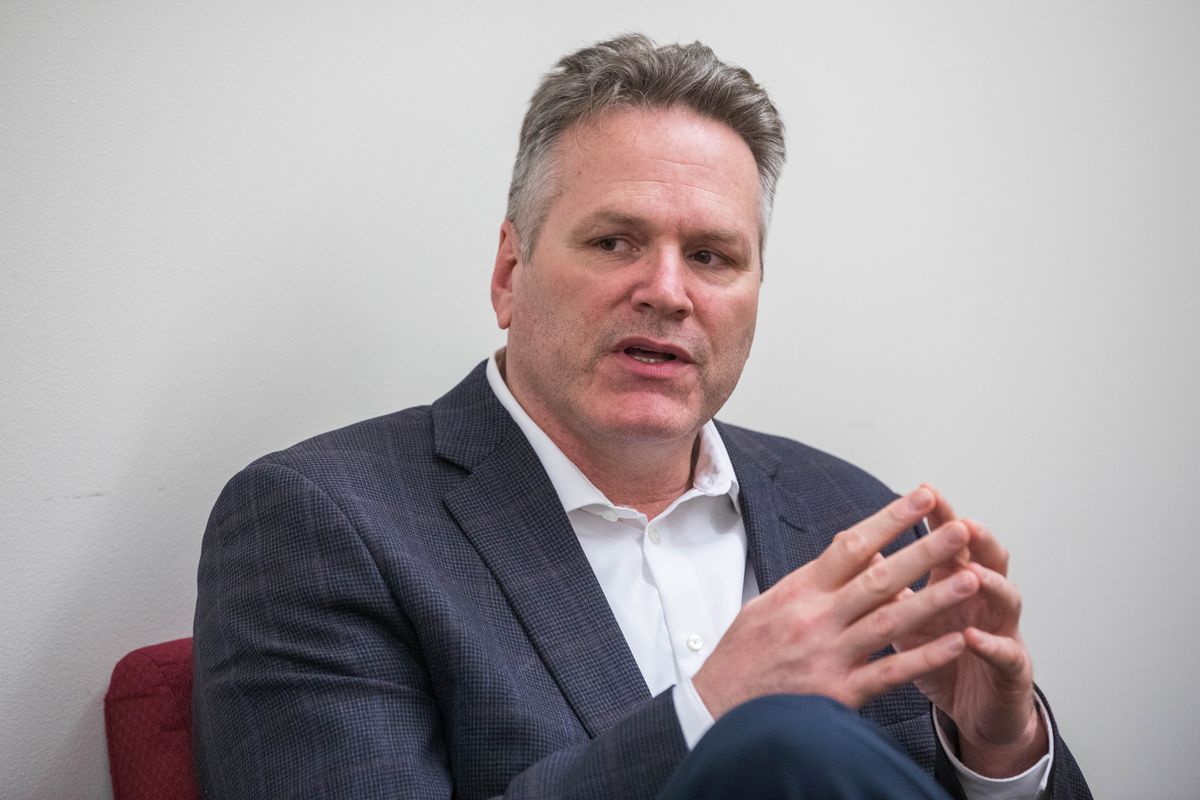 JUNEAU — As he stumps across the state in a series of meetings hosted by business and political groups, Gov. Mike Dunleavy is taking his budget roadshow to the state’s radio airwaves as well.

On Tuesday, the governor appeared on the statewide public radio show “Talk of Alaska,” answering questions from Alaskans and from the in-studio host. That appearance followed one Monday night on AM radio in the Kenai Peninsula.

“There’s a lot of people who don’t read the newspaper and don’t have an opportunity to watch television, but they do listen to drive-time news and listen to the radio,” Shuckerow said.

While Dunleavy’s in-person meetings have been tightly controlled, the radio appearances have been more of a free-wheeling atmosphere for Alaskans interested in talking directly to the governor. That was on display Tuesday, when the governor was asked whether his proposed budget is racist because its cuts fall heaviest on rural Alaska, where the population is predominantly nonwhite.

“This is not a racist budget. I reject that out of hand,” the governor said from the radio studio.

He pointed out that his wife is Inupiaq, from northwest Alaska.

“I think she would probably take offense at the idea that this is a racist budget," he said.

[As they steer away from Dunleavy’s budget, House lawmakers reject plan to ship inmates Outside]

Those kinds of confrontations have been rare for the governor since his inauguration. Most of his appearances since he was sworn in at the start of December have been in front of business organizations, at ticketed meetings or other private events. He hasn’t made many TV appearances and has only occasionally released videos online.

When it comes to radio, things are different.

As he explained, radio has advantages as the governor lays out his plans for the budget.

“I mean, frankly, I enjoy the radio. It’s easier to hear someone’s context and nuance when you hear their voice,” Shuckerow said.

The governor is scheduled to travel to Nome on Wednesday and Fairbanks on Thursday.