Rep. Don Young apologizes after shoving a reporter out of his way 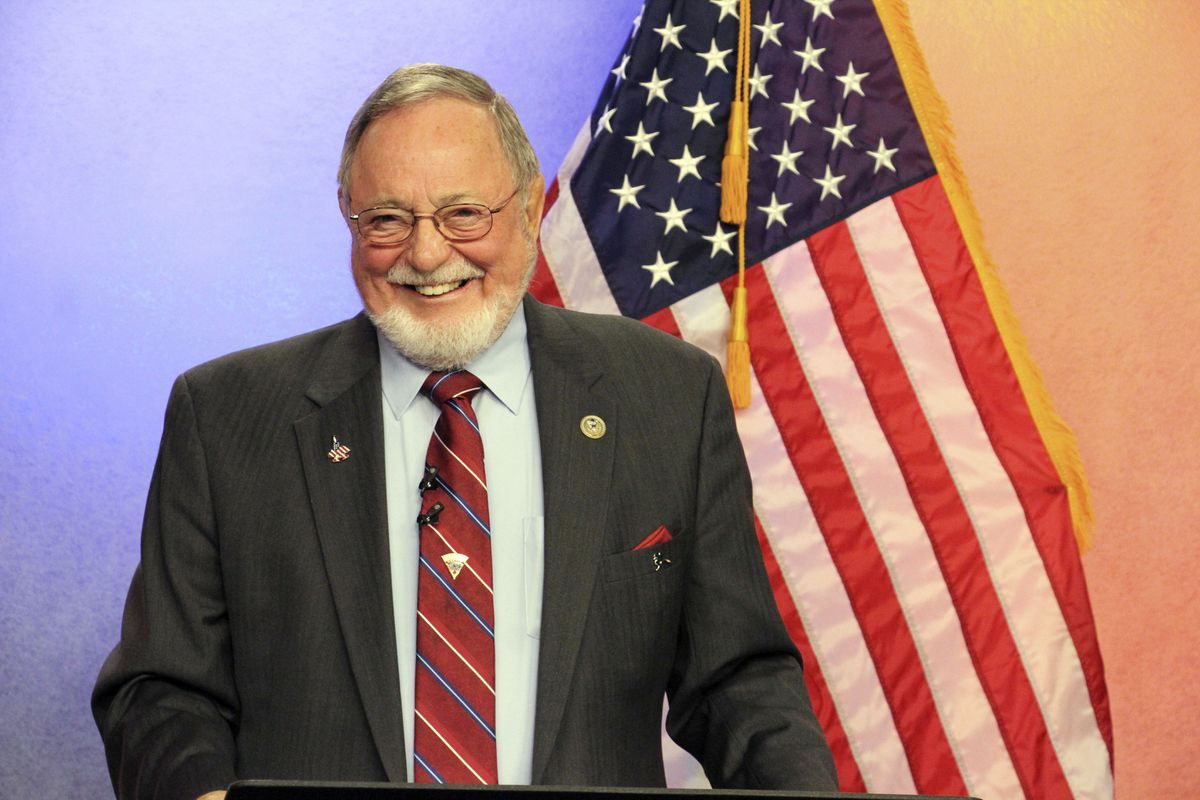 WASHINGTON -- Rep. Don Young, the longest-serving member of the House, allegedly shoved a reporter on Thursday morning and later apologized after she called him out publicly.

Politico's Melanie Zanona tweeted that the Alaska Republican "physically shoved me and told me to get out of his way 'damnit' as I was trying to interview another lawmaker outside the House chamber."

A little while after Zanona tweeted about the incident, she tweeted again that the congressman apologized.

"Don Young has called me to personally apologize, which I accepted and very much appreciate. Told him we were just trying to do our jobs (which he said he understood)!" she wrote on Twitter. Zanona declined to comment further about what happened.

Don Young has called me to personally apologize, which I accepted and very much appreciate. Told him we were just trying to do our jobs (which he said he understood)! https://t.co/4LHu1xOVGZ

Young is known for being cantankerous and is no stranger to controversies that force him to apologize.

He apologized in 2013 after he referred to migrant workers on his father’s ranch as “wetbacks.” He apologized again in 2014 after he made an insensitive remark about suicide during a high school assembly and used an expletive when a student challenged him, according to the Anchorage Daily News.

Young also apologized in 2017 when he swore at Rep. Pramila Jayapal, D-Wash., telling her she doesn’t “know a damn thing what she’s talking about.” He referred to her as “young lady.”

And Young also once pinned former House speaker John Boehner, R-Ohio, to the wall and held a knife to his throat during an altercation over spending, according to an account Boehner shared with Politico two years ago and that Young said was mostly true.

Young isn't the first politician to use physical aggression or threats of it against a reporter in recent years. In 2017, then-candidate Greg Gianforte, R-Mont., body slammed a reporter from the Guardian and broke his glasses. Former Rep. Michael Grimm, R-N.Y., threatened in 2014 to throw a reporter off the balcony they were standing on and told him he'd break him "in half, like a boy."

And during the 2016 presidential election, Donald Trump's campaign manager, Corey Lewandowski, grabbed a Breitbart reporter and physically pulled her away from Trump.

The president himself has alluded to harm against reporters. As a candidate in 2015, he joked about killing reporters when commenting on allegations that Russian President Vladimir Putin was responsible for the deaths of dissident journalists and political opponents.

"I hate some of these people, I hate 'em," Trump said of journalists at a Michigan campaign rally in 2015, according to a story by CNN. "I would never kill them. I would never do that."

Then as president, he tweeted a video of him punching and wrestling a man with a CNN logo superimposed on his head.