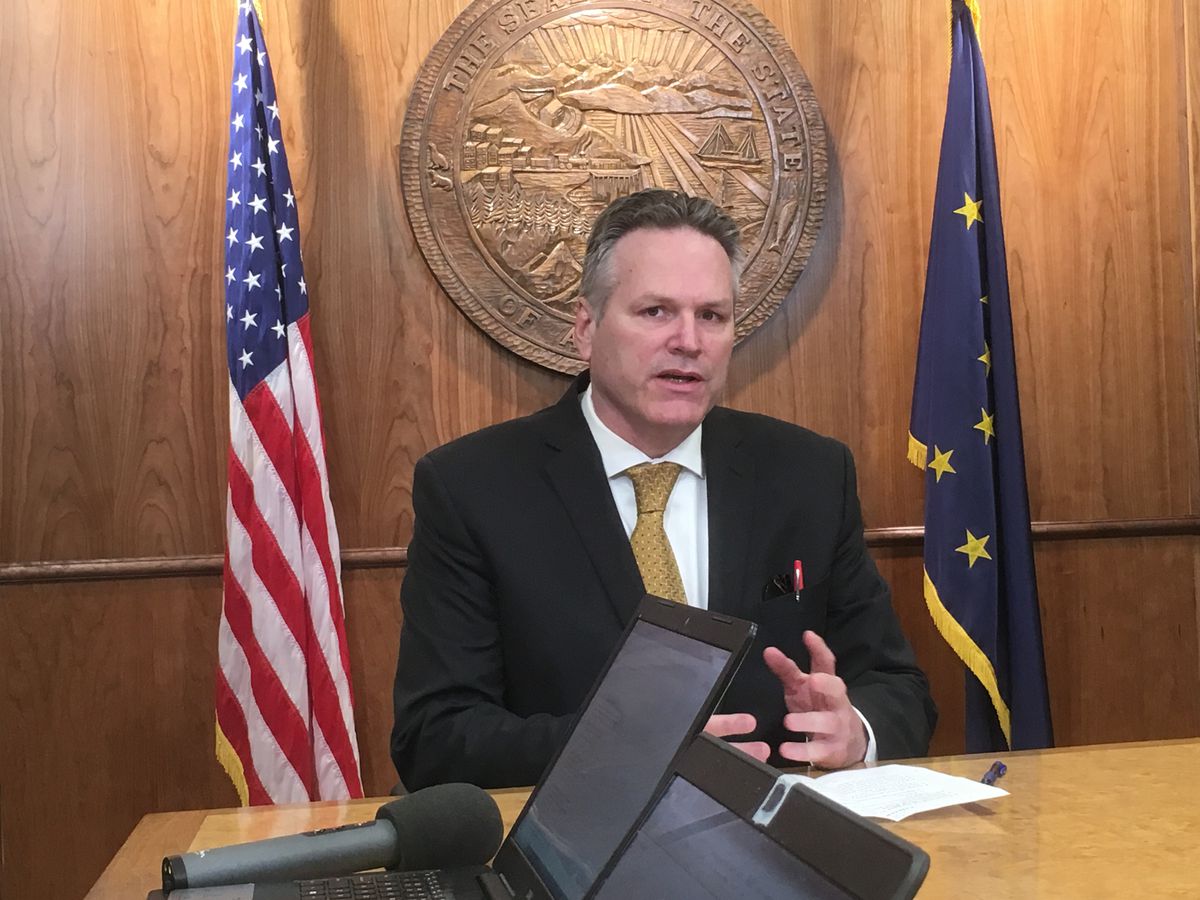 JUNEAU — Alaska Gov. Mike Dunleavy remains determined to pass crime-fighting legislation and his proposed constitutional amendments, he said Tuesday, and he warned that if they don’t advance through the Legislature, there will be “no deal” on a state operating budget.

“What kind of deal can we have, I guess is the question,” the governor said.

The depth of the governor’s line in the sand remains to be seen, and the governor himself said he is watching the Legislature’s alternative budget come together.

If lawmakers decline to advance his proposed amendments, the governor acknowledged that he could call special sessions or threaten budget vetoes.

“I don’t want to speculate too much” about potential actions, he said, explaining that he wants to first see what the Legislature does to the budget.

“You’re going to get a better idea when we see what they’re doing,” he said.

No crime bills, no resolutions for constitutional amendments allowing the people to vote... no deal.

This week, the state House of Representatives is considering a $10.22 billion state operating budget plus a Permanent Fund dividend of about $1,300-$1,400 per person. (The figure is not certain because the dividend will be allocated in separate legislation.)

The governor’s proposal was for $8.8 billion in spending, plus a dividend of about $3,000 per person. (Again, the dividend is in separate legislation.)

The governor remains firmly convinced that this year’s dividend should be paid using a traditional formula in state law. That formula was used from 1982 to 2015. In 2016, citing Alaska’s budget deficit, then-Gov. Bill Walker vetoed half the payment. Since then, lawmakers have ignored the traditional formula.

“We believe the people of Alaska should get what’s coming to them under statute,” the governor said Tuesday.

Starting Wednesday, the Alaska Senate’s finance committee will consider replacing that formula with a new approach in state law. The governor expressed skepticism of that idea.

“There have been cases where we don’t follow our statutes, so this would not necessarily be a permanent fiscal fix,” he said. “You have to engage the people of Alaska if you change the Permanent Fund. That’s my position, and it’s been consistent.”

Of the governor’s three proposed constitutional amendments, one involves tightening the state’s existing constitutional spending cap; one requires voter approval of new taxes; and the third enshrines the traditional dividend formula in the state constitution.

Speaking Tuesday, he reiterated his belief that the constitutional amendments are needed to ease the Legislature’s annual budget process and tamp the temptation to increase spending each year.

“We want to get rid of this ‘Groundhog Day’ concept on the budget,” he said, referring to the 1993 Bill Murray film, “that we do the same thing every year, we have the same arguments, the same discussions, and we have a budget for one year. And we stumble to the next year.”

He said that without a long-term framework, it doesn’t make sense to enact significant revenue increases, such as a statewide income tax or an increase to the state’s oil production tax.

Though the governor has an eye on spending containment, the budgetary trend since 2015 has been steeply downward. Spending in that year was $15.7 billion, including dividends, according to figures from the nonpartisan Legislative Finance Division. This year’s combined spending on dividends, state operations and new construction is expected to be two-thirds of that 2015 figure and less than it was last year.