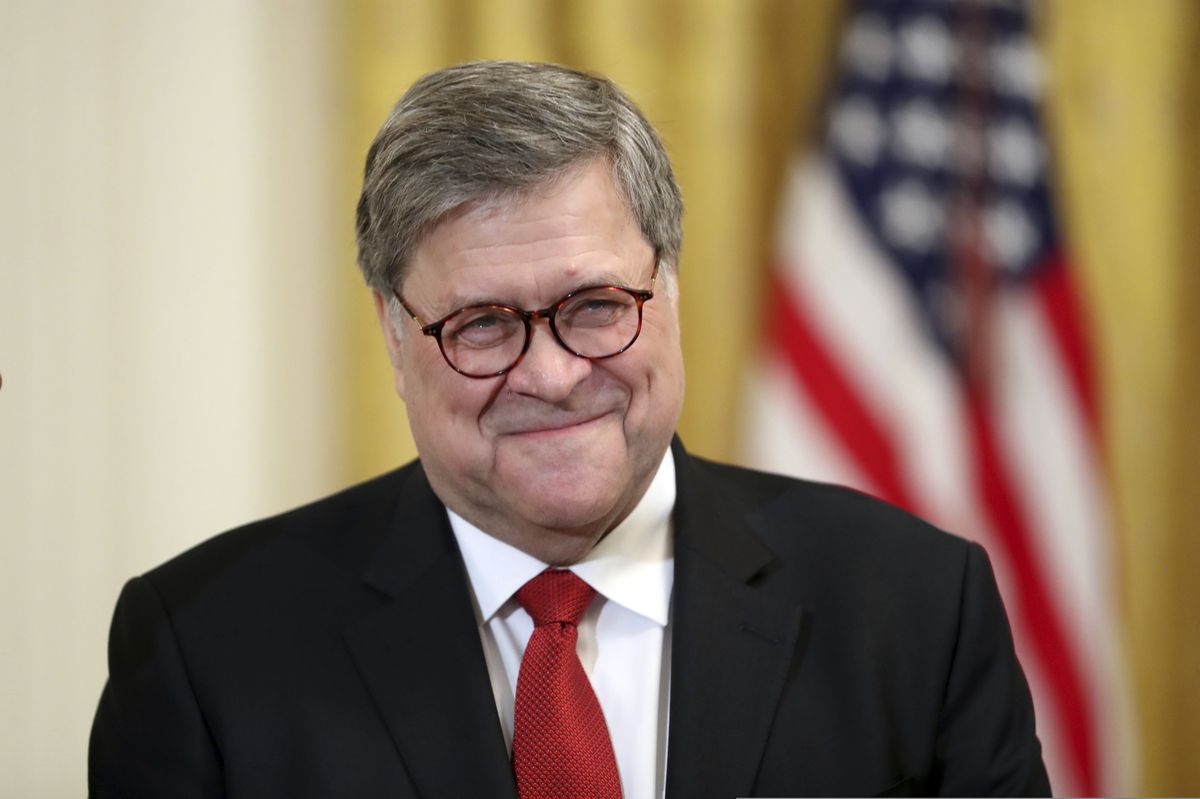 U.S. Attorney General William Barr said Wednesday in a Senate subcommittee hearing that he has scheduled a visit to Alaska’s remote communities where levels of violence against Alaska Native women are high.

Separately, Barr has committed to hold a roundtable meeting with members of the Alaska Native community regarding public safety challenges in rural Alaska, said Mike Anderson, a spokesman for Sen. Dan Sullivan, R-Alaska.

Barr’s public statement about an Alaska visit came at a budget hearing of the Commerce, Justice, Science Appropriations Subcommittee, as Alaska Republican Sen. Lisa Murkowski, a member of the subcommittee, urged Barr to support provisions in the House’s update to the Violence Against Women Act, her office said. The U.S. House of Representatives passed the bill last week, moving it to the Senate.

The proposed update includes an amendment from Rep. Don Young, R-Alaska, to create a pilot program granting five Alaska tribes unique authority for the first time to prosecute any person in their village for crimes such as sexual assault and rape.

[Despite past reforms, Native women face high rates of crime]

“I think Alaska Native women face unacceptably high rates of violence in very remote areas and I’ve actually scheduled a trip up to Alaska specifically to visit some of these communities,” Barr said, his face brightening as he mentioned the trip at the hearing.

Barr said he appreciates the need “to think outside of the box and to do something to protect this vulnerable population.”

He said he’s prepared to work with Murkowski on finding solutions to the problem.

During a recent meeting with Sullivan, Barr committed to coming to Alaska and holding the roundtable, Sullivan spokesman Anderson said.

“(Sullivan) is pleased that Attorney General Barr confirmed that commitment with Senator Murkowski earlier this week,” Anderson said in a statement Thursday.

At the Wednesday subcommittee hearing, Barr did not provide additional information about the trip. The Department of Justice on Thursday did not immediately respond to a request for details, such as when he’ll travel to Alaska.

The Department of Justice had previously provided funding to support the Indian Law and Order Commission, an independent federal panel that issued a final report in 2013 attributing high rates of domestic violence and sexual assault in rural Alaska to the state’s top-down, centralized law enforcement and judicial systems. It called for increased authority for tribes to create and enforce local laws in tribal courts.

Asked whether Sullivan supports the House’s update to the Violence Against Women Act and Young’s amendment, Anderson said Thursday that the Senate Judiciary Committee is currently crafting its own update to VAWA.

Sullivan will be engaged in the process, Anderson said.

“His views on particular provisions in the bill will be formed by hearing from Alaska Native communities,” Anderson said.

Sullivan this week teamed with Sen. Kirsten Gillibrand, D-N.Y., introducing a bill to provide $30 million in funding for a national “Choose Respect” ad campaign. The bill calls on the U.S. Postal Service to issue a semi-postal stamp, a charity stamp, that would raise funds for the initiative through the stamp’s sales.

The campaign would target young men in an effort to change the culture around domestic violence and sexual assault. It would encourage victims to pursue help. The Office on Violence Against Women, in the Justice Department, would oversee the effort. The Centers for Disease Control and Prevention would also renew its 2006 “Choose Respect” campaign promoting healthy relationships among high school students.

The bill is tied to a similar initiative in Alaska championed by Sullivan starting in 2009, when he served as Alaska attorney general for Gov. Sean Parnell. That campaign led to community rallies, greater public awareness of the problem and encouraged some people to speak out, he said.

“Nearly three-in-ten women in the United States have experienced rape, physical violence or stalking by a partner — and the statistics are even more horrifying in Alaska,” Sullivan said in a statement.

Sullivan said he plans to introduce two other bills designed to help bring perpetrators of domestic violence and sexual assault to justice.

One measure will ensure a victim has guaranteed legal representation, like a suspect currently receives.

The high rate of sexual assault and domestic violence is a deeply troubling and pernicious problem facing Alaska, he said.

“It really saps the whole spirit of the state,” Sullivan said. “But there’s a lot we can do to address this.”