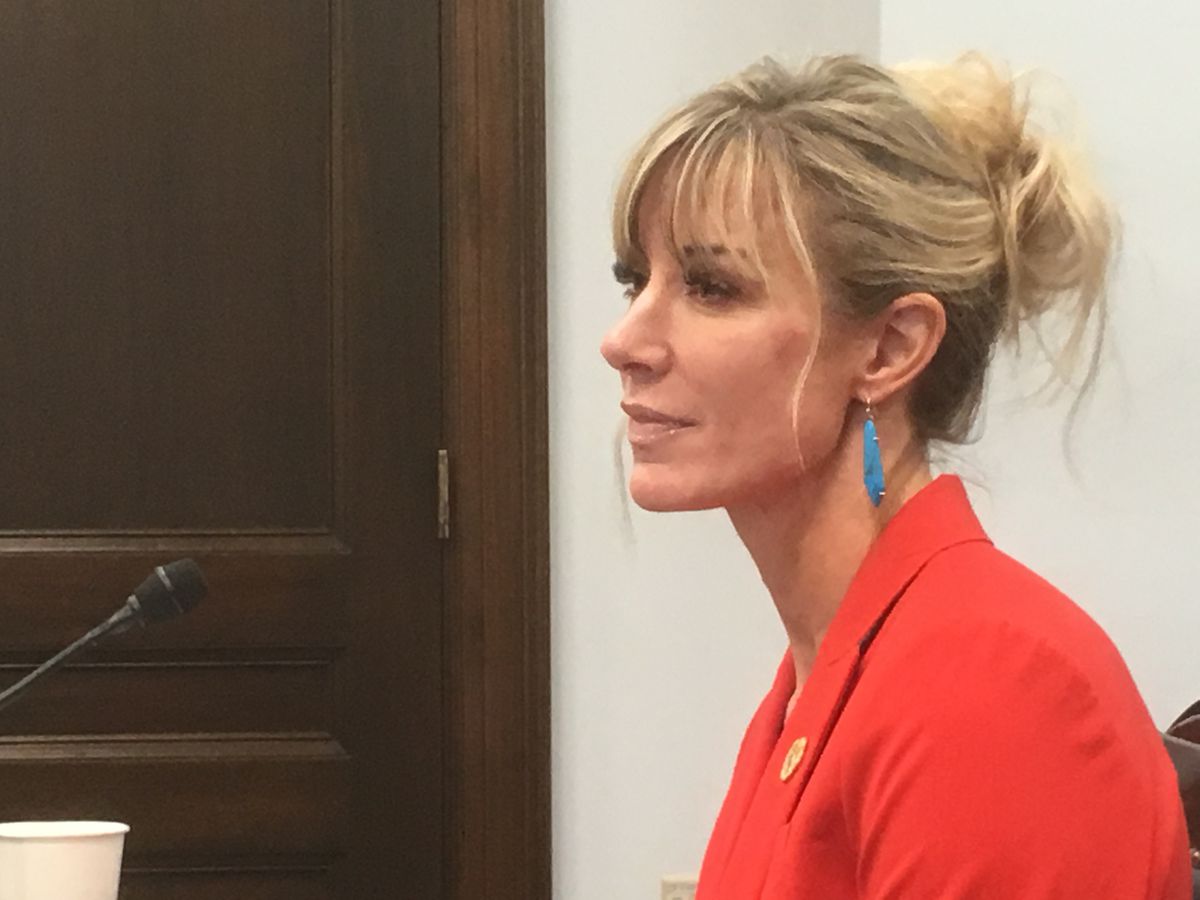 Amanda Price, commissioner-designee for the Alaska Department of Public Safety, is seen April 4, 2019 during a confirmation hearing in the House State Affairs Committee. (James Brooks / ADN)

Amanda Price, commissioner-designee for the Alaska Department of Public Safety, is seen April 4, 2019 during a confirmation hearing in the House State Affairs Committee. (James Brooks / ADN)

JUNEAU — Two former supervisors of Amanda Price, Gov. Mike Dunleavy’s pick to lead the state Department of Public Safety, offered drastically different views Thursday of her work ethic and whether she should be confirmed for the job.

Price was an adviser to former Gov. Bill Walker, and Scott Kendall was a chief of staff to Walker near the end of Price's tenure. He told a House committee Price suffered from chronic absenteeism. He said she left when he told her she could resign or be fired.

Marcia Davis, who was a deputy chief of staff to Walker, strongly defended Price, painting her as a hard worker who wasn’t tied to a desk.

Davis said she had meetings with Price three to four times a week and didn't observe chronic absenteeism during the two years they worked together.

Price is among the Dunleavy appointees whose position is subject to legislative confirmation. The Legislature has yet to meet in joint session to vote on his picks. Price didn’t attend Thursday’s confirmation hearing in person.

Kendall cast himself as a reluctant witness, having previously said he would be willing to testify without a subpoena if Price waived confidentiality. Price had said he didn't need her permission to speak. Kendall said Thursday he decided to testify to give lawmakers "the full truth as I know it."

He testified by phone after his predecessor as chief of staff, Jim Whitaker, who said he'd recommend Price for Public Safety commissioner.

Kendall said when he took the job he heard complaints about absenteeism by Price from "many staff."

"Personally, I witnessed the chronic absenteeism every day. As I say I was in that office or on teleconference meetings from Juneau every day. I never had a day off. I worked all weekends and I literally physically saw her three times. Once I passed her in the hall and the other two times were scheduled meetings with me," he said.

He said at times he had staff check up on her to verify if she was at meetings or events on her calendar, "and on several occasions we received responses such as, 'We have not seen her in weeks or months.'"

He also said allegations of plagiarism were relayed to him. Price has denied plagiarizing anything.

Price said Thursday that she listened to the hearing by phone and was surprised by Kendall's testimony.

In an interview, she said this was the first time she heard allegations of absenteeism from someone with the Walker administration, and "there was no concern ever articulated to me about work performance."

She said she and Kendall didn't have an opportunity to work closely together, saying they were in different locations.

At a hearing last week, Price said she left the Walker administration "because it was clear that it wasn't working." She said earlier in that hearing that she and Walker weren't in lockstep on public safety policy, which caused a rub.

She said Kendall asked her how she thought things were going, and she said not well and that she agreed when he said he and Walker felt it was time to part ways.

Kendall said he didn't get into a substantive discussion with Price on why he had asked her to resign or be fired because he thought it would be painful for her to hear and didn't think it would be productive. He said he didn't know what her positions on policy were.

He said he "absolutely would not" vote to confirm Price.

Price's resume says she worked as an advocate for victims of sexual violence before joining Walker's administration in 2015, where she was a senior adviser on crime policy and prevention. Her resume states she left two years later.

Davis, who said she left around the time Kendall came on, said Price “was getting the job done.”