Voters across Alaska sign on to recall Gov. Dunleavy 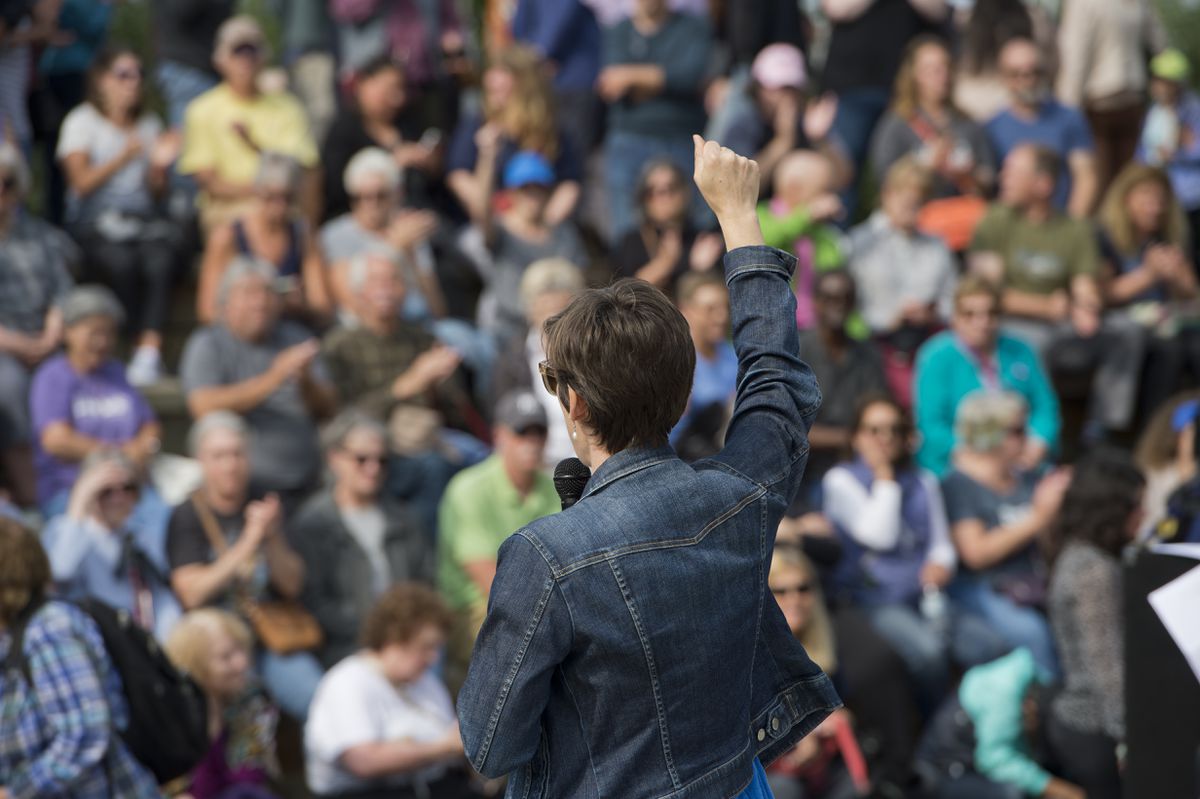 Efforts are underway across the state to remove Gov. Mike Dunleavy from office.

Organizers in more than a dozen Alaska cities Thursday began collecting the first of what they hope will eventually be enough signatures to get a recall vote.

Supporters of the recall say they’re concerned about the effect Dunleavy’s deep budget cuts will have on the state’s well-being and economic future. A seven-page memorandum provided by organizers claims Dunleavy has provided up to 18 legal grounds for removal from office.

The effort’s leaders, who formally organized Monday, will need to gather at least 28,501 signatures from registered voters — or 10% of the number of voters in the state’s last general election — to apply with the Division of Elections, which is overseen by Lt. Gov. Kevin Meyer.

If the petition is certified, the organizers then must complete another round of signature-gathering with a higher threshold: 71,252 signatures, or 25% of the number of voters in the last general election. That will also need to be certified before an election can be held 60 to 90 days later.

Derek Reed, one of the organizers of the Anchorage signature event, said he thinks the effort has a “really good shot” at succeeding, despite its high hurdles.

“We built the pipeline, we built the railroad, we were part of the Alcan, everything we’ve done as Alaskans has always been big and herculean," Reed said. "Why should we stop now?”

Although most recall supporters who spoke with a reporter Thursday said they hadn’t voted for Dunleavy in the first place, the effort is a bipartisan one, at least at the level of its leadership. Spearheading the signature-gathering effort are Joe Usibelli, chair of Usibelli Coal Mine; Vic Fischer, a former Democratic state senator and delegate to the 1955 Alaska Constitutional Convention; and Arliss Sturgulewski, a former Republican state senator from Anchorage.

Signature-gathering events were scheduled Thursday in cities as large as Anchorage, Fairbanks and Juneau and as small as Yakutat and Ninilchik. More events are scheduled in the coming days.

At Cuddy Family Midtown Park in Anchorage, hundreds of people lined up to sign their names on petition clipboards. One of them, Miranda Monet, was in tears over the elimination and severe reduction of state assistance programs.

“Once he starts these cuts to adult public assistance, I might just be homeless," Monet said.

Janice Tower, the former head of the Alaska Pediatric Partnership, which helped write Denali KidCare into law, said she wanted to be one of the first to sign the petition. She called Dunleavy’s vetoes to Medicaid “crushing.”

“All the forward progress — to see it jeopardized by one zealot, it’s astonishing to me how one person can systematically, by the stroke of a pen, line-item veto our health system’s safety nets for these underserved people.”

Tower’s husband, Stephen Tower, works as an orthopedic surgeon and said he was there partly because cuts to the University of Alaska put his medical research in danger.

Carrie Gruhn from Anchorage said her 18-year-old daughter, who just graduated high school and is taking a gap year while she decides whether or not to attend college in Alaska, came so she could register to vote. Only registered Alaska voters can sign the petition.

Dunleavy has dismissed the recall effort as part of the political process, telling reporters recently that he doesn’t believe there are legal grounds for a recall. His spokesman, Matt Shuckerow, called the effort “political showmanship" in a statement emailed Thursday.

“Sadly, at all levels of government, we’ve seen the inability to have legitimate policy differences,” Shuckerow wrote. “Governor Dunleavy was elected as an agent of change, refusing to accept the status quo and keenly focused on addressing the challenges the many before him have been unwilling to tackle.”

In Juneau, Vivian Mork Yéilk', co-owner of the gallery where the event was held, said she doesn’t consider herself a Republican or Democrat but “had a pretty big reaction to the cuts” proposed by the governor.

“I really wish this wasn’t where we are at. I have family who votes every single which way, and we’ve been having all sorts of long, complicated conversations,” she said.

Asked whether she believes the effort will be successful, she nodded to the crowd.

“I think so,” she said. “With how much support we’re getting from everybody in town, we’ll definitely get our signatures.”

Sandy Martinez from Juneau called Dunleavy “terrible.” When asked her thoughts on Lt. Gov. Meyer, she said, “Anything’s better at this point.”