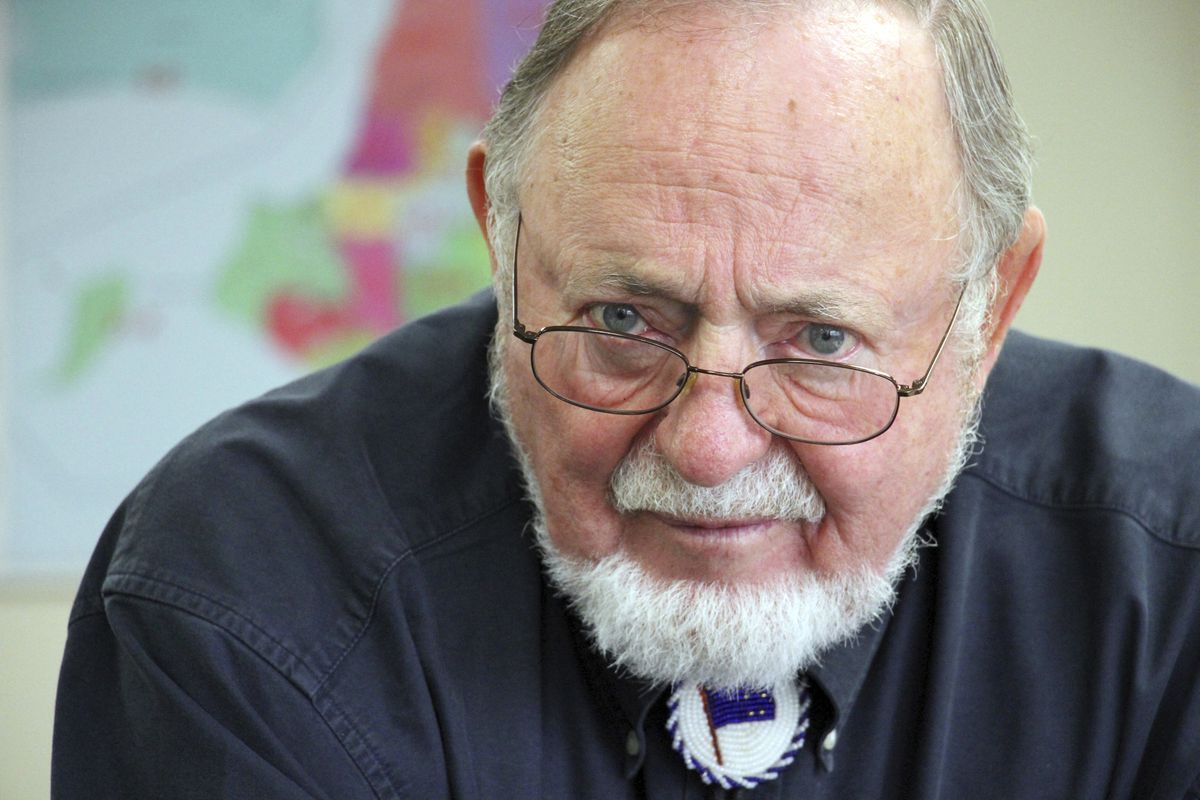 Alaska Congressman Don Young is opposed to an impeachment inquiry into the actions of President Donald Trump, he said Tuesday afternoon in a statement issued by his office.

Young’s remarks followed the announcement that House Speaker Nancy Pelosi, D-Calif., intends to order an investigation to determine whether Trump pressured the president of Ukraine to open a corruption investigation into former Vice President Joe Biden and his son.

“From the moment President Trump was elected, Congressional Democrats have acted as sore losers, spending every minute working to undermine him and his administration’s policies," the statement said. “Speaker Pelosi has decided to begin an impeachment inquiry — a decision she has been forced into by the extreme left of her party who harbor nothing but hatred for President Trump. House Democrats tried to take down President Trump with the Mueller Report and failed.

"Frankly, impeachment is not only a political stunt, but a waste of time. I do not support impeachment, and while President Trump and I do not agree on every issue, I have not seen evidence of an impeachable offense. Impeachment proceedings require the House to dedicate significant time and resources; time and resources that would be better spent focused on making our country a better place and not on the November 2020 elections.”

In a written statement, Sen. Dan Sullivan, R-Alaska, said an impeachment inquiry would “only serve as a distraction from the necessary bipartisan work that is being done for the American people.”

“The American people elected us to get things done, not to focus on even more partisan investigations of the president. Unfortunately, this rush to begin impeachment proceedings by Speaker Pelosi — even before the most basic information has been released — is consistent with a pattern by the national Democrats and national media since President Trump was first elected,” Sullivan said in the statement.

Karina Borger, a spokeswoman for Sen. Lisa Murkowski, R-Alaska, wrote by email, “In terms of the formal impeachment inquiry — that lies in the House of Representatives. Right now the Senate doesn’t have a part in this until the House reviews and they act. Until the point the Senate has a role in this, Senator Murkowski will wait to see the process play out in the House. Separately, she’s doing all she can to make sure she’s informed on the current allegations and will review the full transcript from the phone call at question, when it’s released.”

The U.S. Senate does not have a role in impeachment proceedings unless the House of Representatives votes in favor of impeachment. In that case, it would be up to the Senate to vote on whether or not to convict the president on the charges of impeachment.

[What is impeachment, and how does the process work?]

Young, who took office in March 1973, is the only member of Congress who will have been in office for three impeachment inquiries.

When he took office during the Watergate scandal, Young initially was skeptical of the case against Republican President Richard Nixon.

He nevertheless said he could support an “even-handed, bipartisan inquiry” into the president’s actions and voted in favor of a proposal that allowed the House Judiciary Committee to begin formal investigations.

He repeatedly urged a speedy end to those investigations but declined to say how he might vote on impeachment. Such a statement, he said, would have to wait until after the House Judiciary Committee finished its work.

“This is the only true statesman’s position,” he said.

In August 1974, when the judiciary committee approved articles of impeachment against Nixon, Young broke his silence and said he would vote to impeach.

“No citizen, including the president, should be held above the law,” he said.

“Being truthful to the American people is part of our system of justice,” Young said in a written statement at the time.

“Americans deserve to know the full truth about this issue in a fair and complete manner,” he said of the need for a congressional inquiry into whether the president had lied under oath.

Young never got to vote on Nixon’s impeachment — that president resigned before the House could vote — but in December 1998, Alaska’s lone congressman voted in favor of all four articles of impeachment against Clinton.

“The President of the United States, who is also the Commander-in-Chief and top law enforcement official in the country, cannot be allowed to assault our system of justice and rule of law without prosecution,” Young said in a written statement at the time.