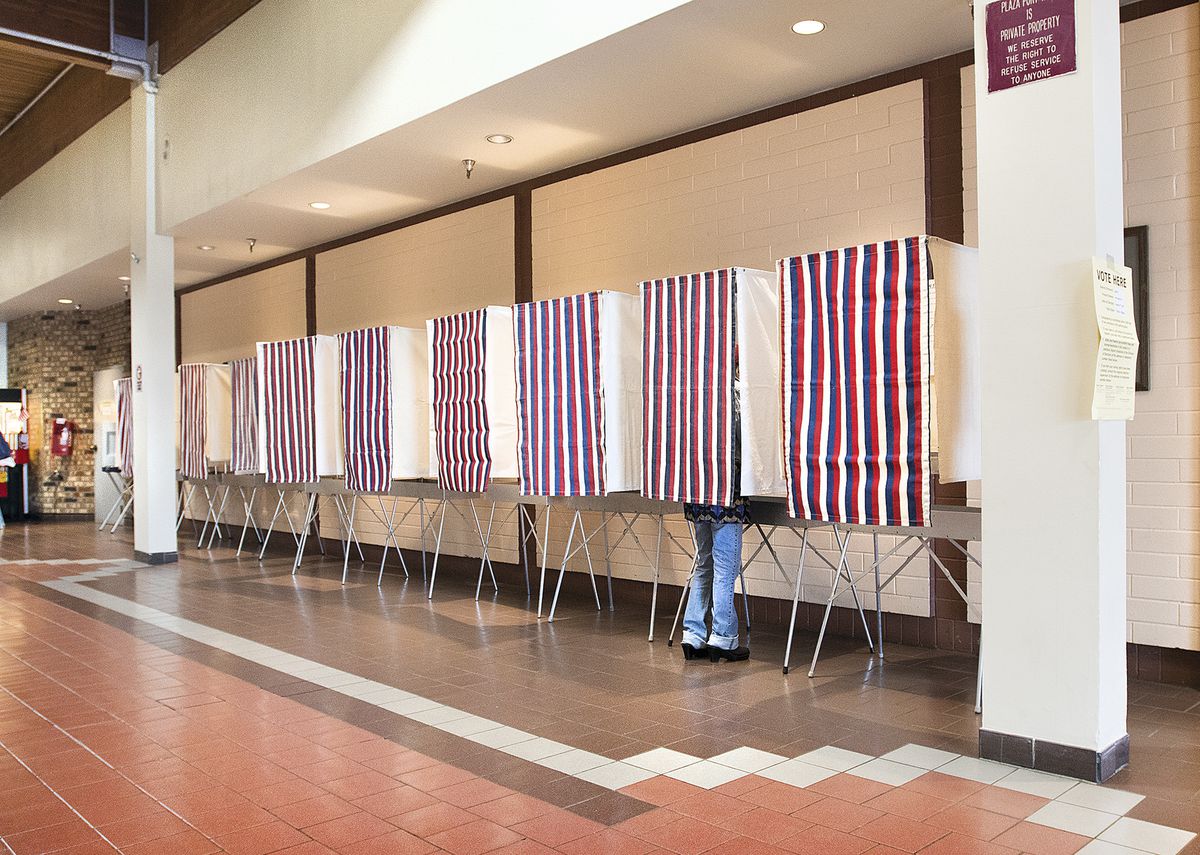 In this Aug. 21, 2018 file photo, a voter uses a polling booth during primary election day at Ketchikan Precinct 2 in the Plaza building in Ketchikan (Dustin Safranek /Ketchikan Daily News via AP, File)

In this Aug. 21, 2018 file photo, a voter uses a polling booth during primary election day at Ketchikan Precinct 2 in the Plaza building in Ketchikan (Dustin Safranek /Ketchikan Daily News via AP, File)

The push to change Alaska’s voting system is getting major support from an Outside group funded principally by a member of the family that founded Fox News.

Last week, the group known as Alaskans for Better Elections reported receiving $500,000 from Unite America, a Colorado-based organization devoted to encouraging ranked-choice voting and nonpartisan elections nationwide. Since the start of the year, most of that organization’s funding has come from two people: Kathryn Murdoch, a moderate member of the family that founded Fox News, and Marc Merrill, co-founder of the video game company Riot Games. The financial information was first reported by Alaska Public Media.

The $500,000 contribution by Unite America comes atop additional financial help from other nonpartisan organizations. The vast majority of the $762,348 raised by Alaskans for Better Elections has come from outside the state.

The latest contribution is being used to gather the 28,501 signatures needed before Jan. 21 to put the ballot measure to voters in 2020, records indicate. According to a Nov. 1 disclosure form, Alaskans for Better Elections is spending $315,000 for assistance from Advanced MicroTargeting of Dallas, Texas, to gather those signatures.

The state of Alaska has challenged the legality of the ballot measure, but a lower court ruled that the measure is legal and that backers can gather signatures.

Last week’s $500,000 donation demonstrates the importance of that last component, said Jason Grenn, chairman of Alaskans for Better Elections. State law allows unlimited contributions to so-called “independent expenditure” groups, which can then spend an unlimited amount of money on a particular topic or candidate. In state filings, many of those groups attribute a donation to one or more separate groups that do not report the source of their cash, which makes it impossible to trace the money back to its source.

“They try to practice what they preach, and you can see that,” he said of Unite America.

Nick Troiano is executive director of Unite America and said he met Grenn after the 2016 election in which Grenn was elected to the Alaska House as an independent.

At the time, the group had limited itself to endorsements. Since then, it has taken a more active financial role and supported a ranked-choice voting ballot initiative in New York City. Voters approved that idea last week.

He said Unite America is donating because it saw a group of Republicans, Democrats and independents promoting a measure that aligned with its goals.

“This effort is a national group of donors who want to see the political process work better and to see a model exist that can be replicated across the country to help fix a very broken political system,” he said.