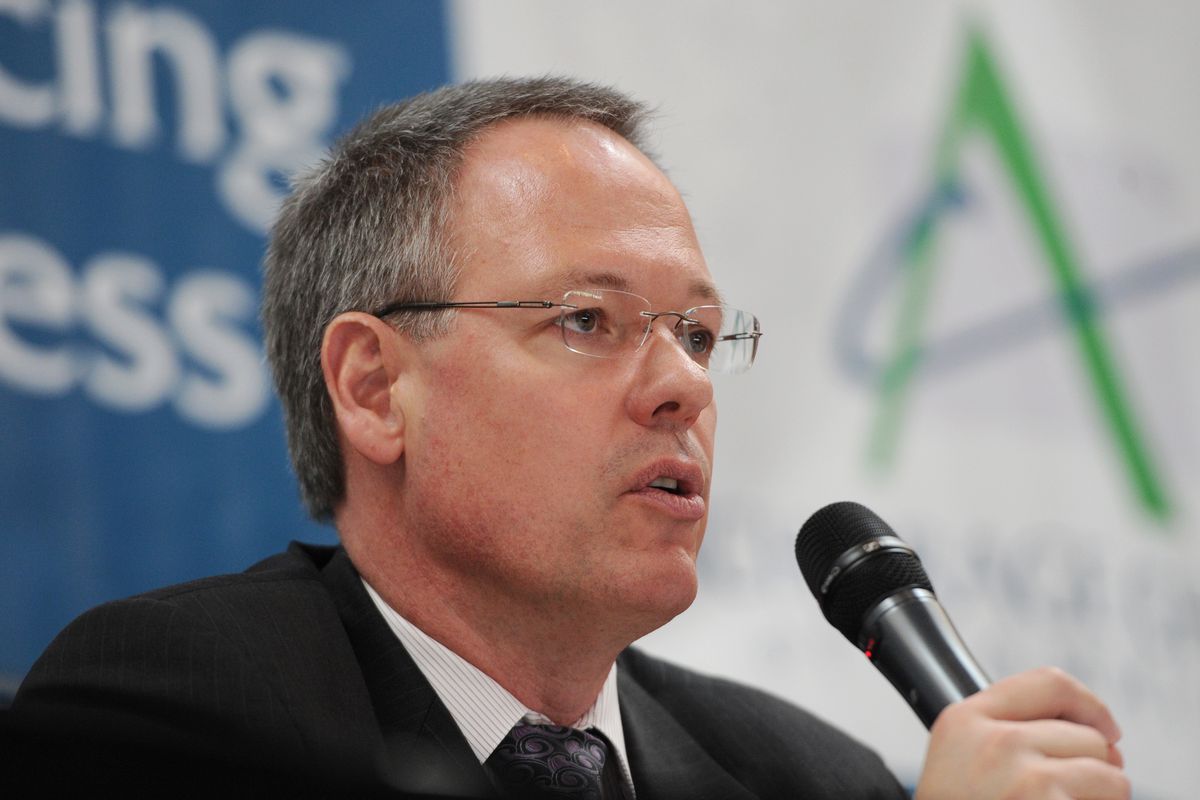 Alaska state revenue commissioner Bruce Tangeman will resign from his position as the state’s top tax collector, the office of Gov. Mike Dunleavy announced Friday afternoon. In an opinion column in the Daily News published Friday, Tangeman implied that his departure is related to differences between himself and the governor on taxes. In his resignation letter, Tangeman focused on differences over budget cuts.

In a statement, the governor’s office said Tangeman “will oversee the rollout of the upcoming fall revenue forecast and the FY2021 budget, and continue in his role until a replacement is found to ensure a smooth transition.”

Tangeman’s departure follows that of Office of Management and Budget director Donna Arduin, who has not yet been replaced. If a replacement is not named before Tangeman’s departure, both of the executive branch’s top budget positions will be filled by interim staff.

Tangeman did not immediately answer a call and text message to his cellphone asking why he plans to resign, but his writing provides some insight.

“The discussion is turning more and more towards taxes,” Tangeman wrote in his opinion column. “I’ll admit that I’m on the record stating that someday Alaska will have a broad-based tax. However, I always followed up that opinion by stating this decision should be years if not decades down the road, well past my tenure as Commissioner of Revenue.”

Saying that his department will be at the center of any taxation discussions, Tangeman wrote, “I want the Governor to have someone who is 100% aligned with his vision. I have therefore notified the governor that I will be resigning from his cabinet.”

The governor’s office did not immediately respond to questions about whether Tangeman’s departure was related to differences over taxation, including the ballot initiative seeking to increase taxes on older North Slope oilfields. It is also not clear whether the governor intends to propose new or increased taxes.

In his resignation letter, Tangeman wrote about the budget, “The message you campaigned on and continue to stress was based on a math equation that would lead us toward fiscal responsibility. It has become apparent that the appetite by many for the level of budget reductions required to balance this math equation will be difficult to realize.”

“Bruce has dedicated a significant portion of his life to public service and I thank him for the outstanding work he has done within my administration," Dunleavy said in a written statement. "His leadership and oversight of the Department of Revenue enabled many lasting changes and efficiencies. His character and strong work ethic have been a valuable asset to our team. I wish him all the best for his future endeavors.”

Sen. Natasha von Imhof, R-Anchorage, called Tangeman a friend and said his resignation was a surprise. There was no indication of it a few weeks ago the last time they talked, she said.

“I thought he was doing a good job,” she said.