Despite Dunleavy plan, Alaska legislators are skeptical of big dividend 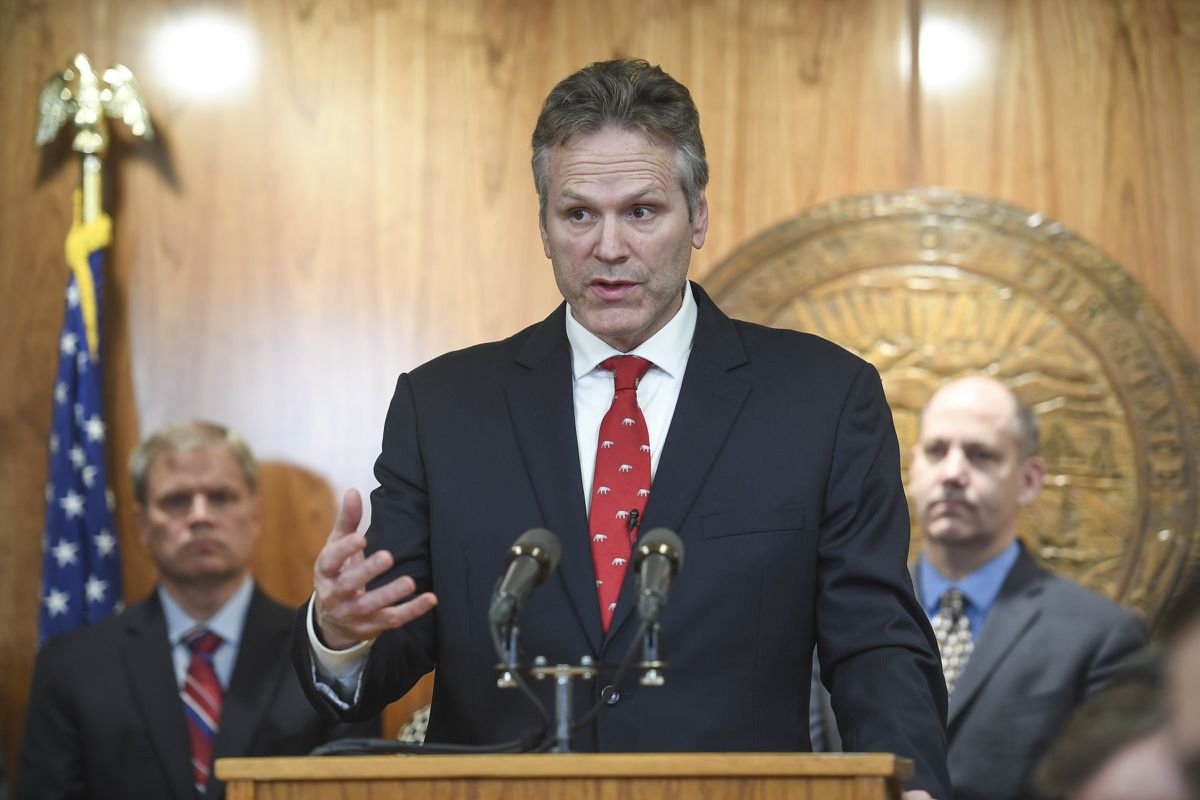 JUNEAU — On Wednesday, Gov. Mike Dunleavy unveiled a state budget proposal that avoids the big spending cuts he pushed for last year. While some lawmakers said they were pleasantly surprised by the governor’s new approach, they also said the Alaska Legislature is unlikely to approve the “full” Permanent Fund Dividend requested by the governor.

“Based on meetings that I have been to, I think that is going to be a heavy lift,” said Rep. Cathy Tilton, R-Wasilla and a supporter of the traditional dividend.

Between 1982 and 2016, the state relied on a formula to determine the amount of the Permanent Fund Dividend. That formula remains on the books, but lawmakers have declined to follow it in recent years, instead following an Alaska Supreme Court ruling that said the formula is not binding.

Dunleavy reiterated Wednesday that he believes the state should follow it until it is altered.

Rep. Chris Tuck, D-Anchorage, supports the traditional dividend but said he doesn’t even know whether the legislature will repeat the $1,600 dividend approved for 2019.

For the fiscal year that starts July 1, the state of Alaska does not have enough revenue to pay both a traditional dividend and for government services at current levels.

The governor’s plan is to spend $1.5 billion from the Constitutional Budget Reserve to close the gap. After another $200 million is spent to cover unplanned expenses in the current fiscal year, the reserve will have about $500 million remaining.

“By draining it to $500 million, I think it’s very risky, and I don’t agree,” said Sen. Natasha von Imhof, R-Anchorage and a co-chair of the Senate Finance Committee.

“I pretty much see this budget as in essence a first draft,” she said, adding that the Senate will be prepared to make changes when the Legislature convenes Jan. 21. “Leaving just $500 million in there does not leave us any cushion for natural disasters … or a drop in oil prices.”

“There’s not going to be any appetite for basically drawing our CBR down to a very minimal amount,” he said.

It isn’t clear what the Legislature will do as an alternative. Earlier this year, lawmakers rejected major budget cuts suggested by Dunleavy, and under former Gov. Bill Walker, the Legislature rejected taxation proposals that could have addressed the problem.

Edgmon and Senate Minority Leader Tom Begich, D-Anchorage, said the governor’s decision to not propose significant budget cuts is a positive step, however.

“I’d like to think that the governor, after a rocky first year, has realized that he’s got to work with the Legislature,” Begich said.

In addition to his plans for the 2020 dividend, Dunleavy said he intends to ask for a $1,400 supplemental dividend to make up the difference between the traditional formula and what legislators authorized this year.

In 2018, the Legislature and then-Gov. Walker agreed to limit the amount of money that can be spent from the Permanent Fund each year. The limit is intended to preserve the fund for growth, allowing transfers and dividend payments in the future.

Lawmakers said the supplemental dividend idea is likely dead on arrival, as is the governor’s request for supplemental payments from 2016, 2017 and 2018.

“The Permanent Fund shouldn’t be the flavor of the moment for expenditures," said Sen. Bert Stedman, R-Sitka and co-chair of the Senate Finance Committee.

Angela Rodell, CEO of the Alaska Permanent Fund Corp., said the corporation’s trustees have previously urged the governor and Legislature to stick to the rules limiting transfers, and that view hasn’t changed.

“We would like the Legislature and the governor to demonstrate the constraint of the last two years and stick to the rules they’ve set for themselves,” she said.