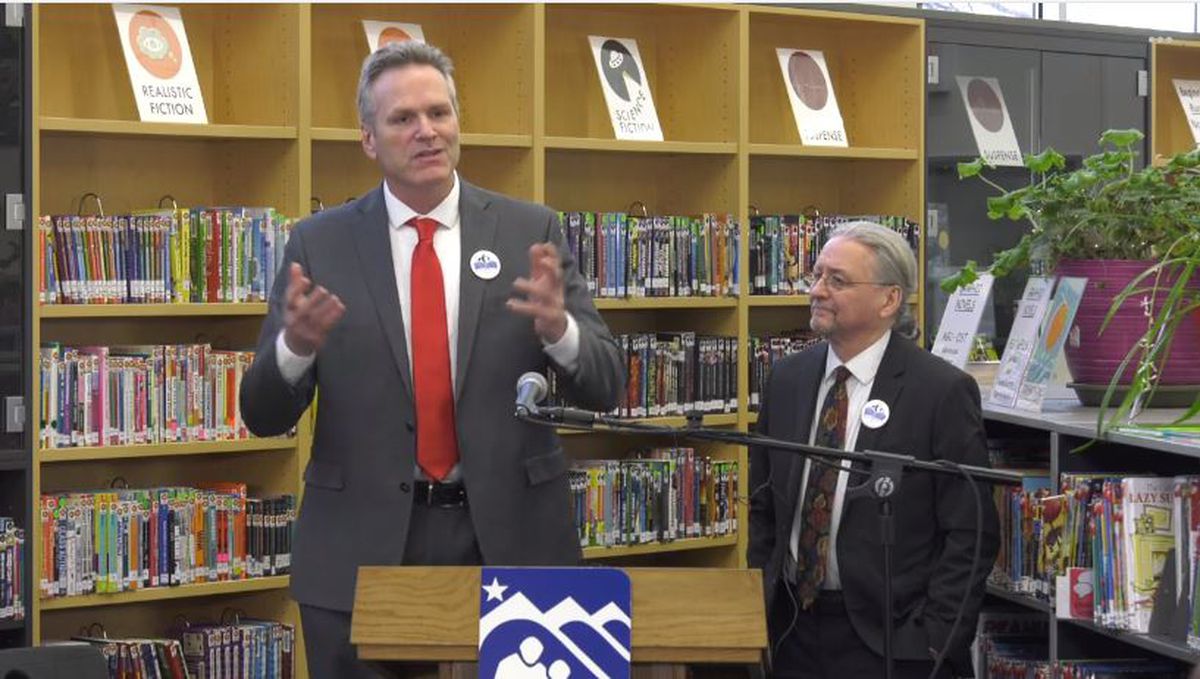 Dunleavy, state education commissioner Michael Johnson and Senate Minority Leader Tom Begich, D-Anchorage, said that under their three-pronged approach, known as the Alaska Reads Act, the state will improve its pre-kindergarten education system, test students regularly on their reading proficiency, then provide help to schools and students that need it.

The exact text of the proposal was not yet available, nor were cost estimates. Begich said the bill is still being drafted but will be introduced when the Legislature convenes Jan. 21 in Juneau. He expects to replace one of his own bills with the text of the new proposal in order to speed it through the legislative process. A hearing on the new proposal has been scheduled for Jan. 23.

“I believe we have a moral imperative to ensure that our young people can read at a skill level that is going to help them advance through school, but also advance through life,” the governor said in a press conference at Turnagain Elementary School.

According to nationwide tests, Alaska fourth-graders have lower reading skills on average than fourth-graders in any other state or Washington, D.C. Dunleavy, a former teacher and school district superintendent, said during his election campaign that improving students’ reading ability is one of his priorities.

The superintendents of seven Alaska school districts declared a “statement of emergency in reading” in December, calling for many of the actions that will be implemented in the new legislation. If enacted, it would be similar to successful policies implemented in Florida, Mississippi and Washington, D.C.

In those places, school districts tested students early to determine if any had particular reading problems, then focused attention on those students. Teachers in low-performing schools received extra training.

The Begich-Dunleavy legislation received statements of support Wednesday from leaders in the Senate Majority and House Minority, indicating a broad consensus among the Legislature’s 60 members.

#akreads That is the goal with this piece of legislation I am excited for us to start working on next week in Juneau. #akleg pic.twitter.com/T0c4qHUnkd