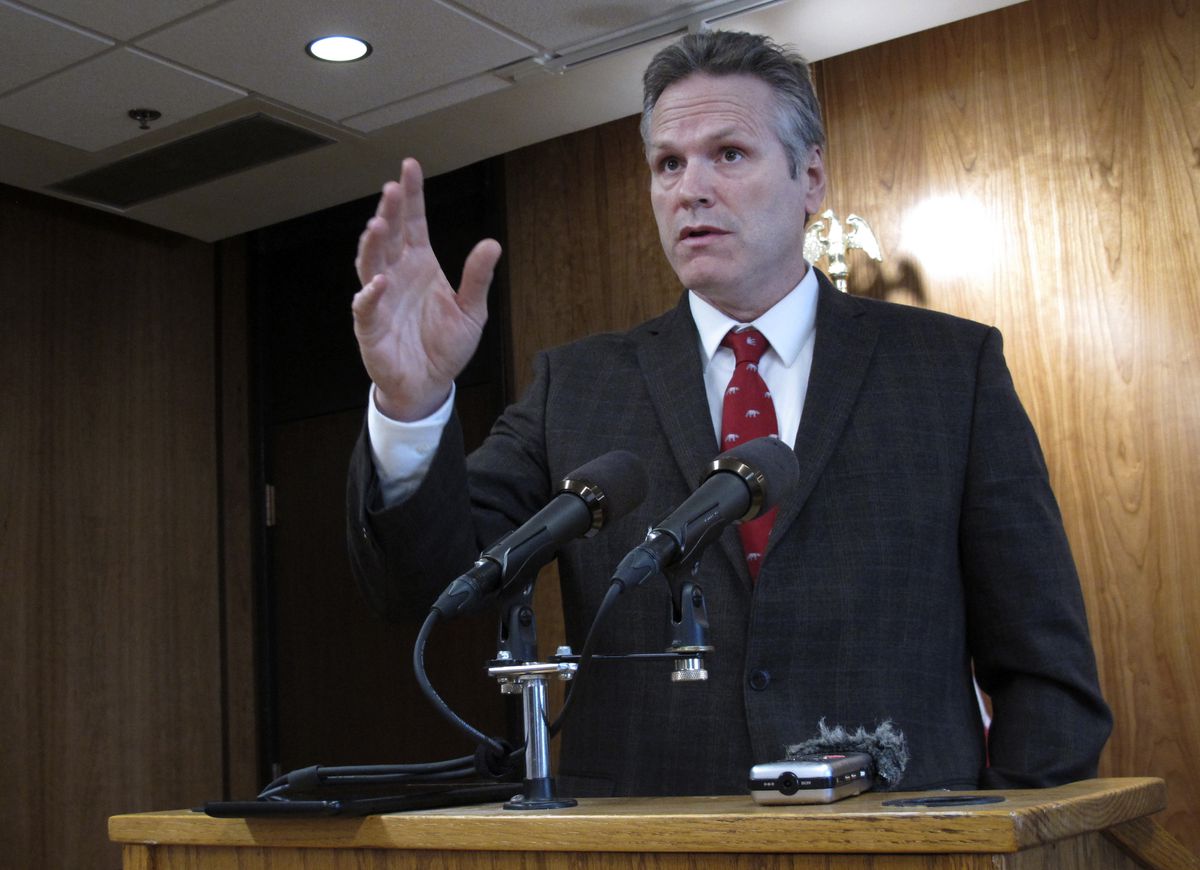 JUNEAU — Alaska Gov. Mike Dunleavy said Wednesday that he would launch his own “deep dive” into a no-bid contract awarded to the grandson of a major financial supporter of his election. He also fired back at the two state legislators who have been pressing for closer examination of the deal, Reps. Jonathan Kreiss-Tomkins, D-Sitka, and Zack Fields, D-Anchorage.

Penney, a financial adviser, is the grandson of Alaska developer Bob Penney, who contributed more than $350,000 to a political group that supported Dunleavy’s election in 2018.

The contract did not go through standard bidding procedures, in which the state advertises for services and businesses compete to win the contract.

Dunleavy said Wednesday that his administration will investigate whether anything improper was done involving the contract.

"We’re looking into all of the details surrounding that contract and other contracts, and once we are finished with our deep dive, we will come out and have a presser on it,” Dunleavy said.

An investigation is needed because the contract is under AIDEA, the governor said. The agency is a semi-independent public corporation.

Asked by a reporter whether the governor’s office had any say in the contract, Dunleavy said:

“We’re going to find every piece of every detail, want to be 100% sure," he said. “Because the governor’s office is a big office. I know there’s the implication that somehow there was a sweetheart deal with an individual.”

Dunleavy talks about the Penney contract at Wednesday’s news conference:

Dunleavy did not answer when asked whether he was involved in awarding the contract.

Dunleavy attacked the ethical records of Kreiss-Tomkins and Fields, co-chairs of the House State Affairs Committee. The committee has jurisdiction over procurement matters.

Dunleavy said their ethics should be examined because they voted last year in favor of a bill that rolled back ethics disclosure requirements for legislators. The measure passed the House with a 33-4 vote.

Asked about Dunleavy’s comments, Fields said, “He was trying to distract people from the real issue at hand, which is this contract that has the appearance of corruption.”

The governor also implied they broke the law by failing to pay a traditional Permanent Fund dividend and keeping to a 90-day legislative session.

Kreiss-Tomkins laughed when asked about that accusation.

He said that also includes “the governor himself, who was a legislator and failed to abide by those same statutes.”

Kreiss-Tomkins said the sole-source contract is unlawful by AIDEA’s own regulations.

“This contract should have gone to competitive bid, so there’s just tons of unanswered questions,” he said.

The Senate Finance Committee is scheduled to examine AIDEA’s budget Thursday. Committee co-chair Sen. Natasha von Imhof, R-Anchorage, said she will “be asking tough questions of whoever is there.”

Political blogger Jeff Landfield first reported on the contract in May. Last week, Landfield published what he said was an internal AIDEA document created March 15 that sought to justify the contract, in part, as “By governor’s request.” The contract was finalized days later.

Officials with the governor’s office have not responded to questions seeking to verify the document. Karsten Rodvik, a spokesman with AIDEA, said the agency has been “informed of the document” and is “researching it.”

The March 15 document appears to be a draft version of the “waiver request for alternate procurement methods” that listed four justifications for the contract. The waiver allowed AIDEA to avoid typical procurement procedures. The final waiver request did not include the language, “By Governor’s request.” Instead, the justification said the contract fell “Within AIDEA’s mission.”

AIDEA Executive Director Tom Boutin, who signed the contract, said he could not recall a document with the words, “By governor’s request.”

If such language temporarily did exist, it likely meant the governor’s office or his administration, not the governor himself, wanted the contract completed, Boutin said. Various agencies have worked together on a state development team that uses Penney’s services, he said.

“I can say unequivocally without worry or caveat that I never talked with Gov. Dunleavy about the Clark Penney contract,” he said.