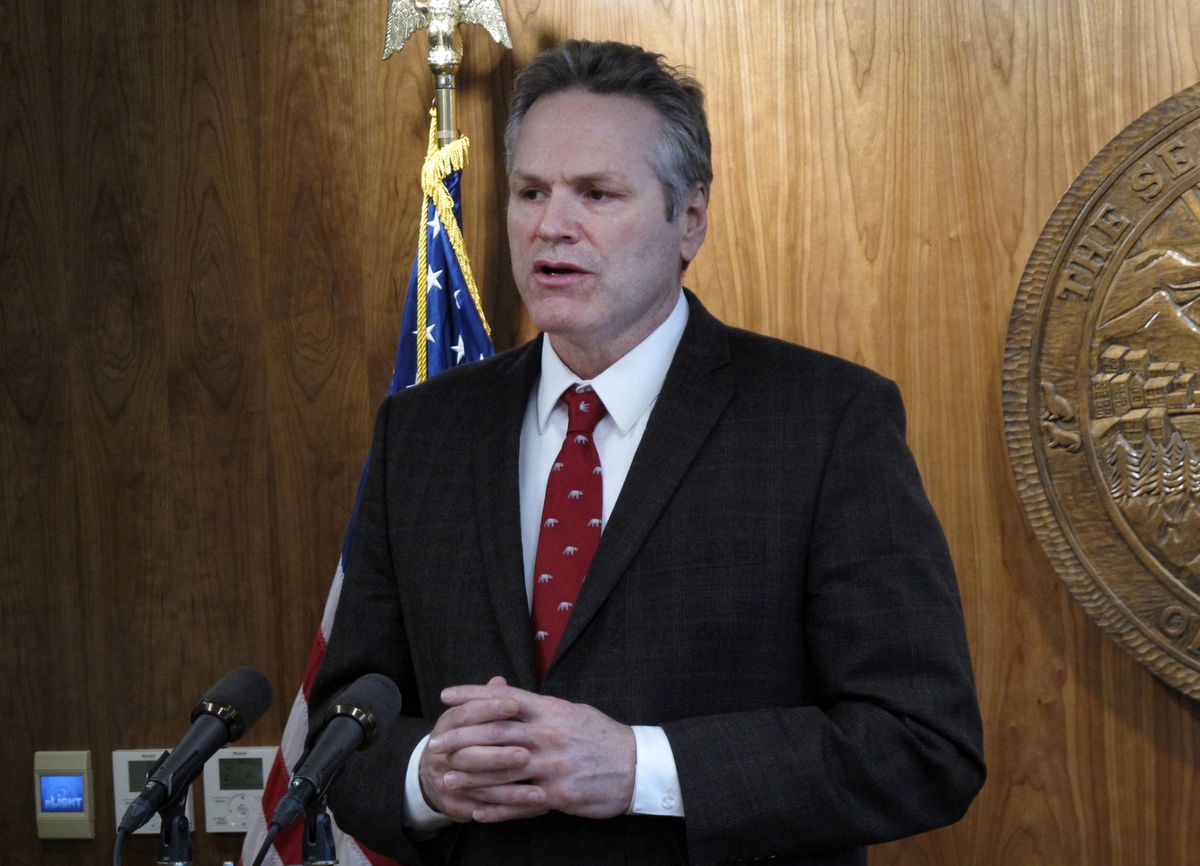 JUNEAU — As Alaskans across the 49th state prepare a statewide campaign to remove Alaska Gov. Mike Dunleavy from office, two new groups with Fairbanks roots have announced plans to defend the governor.

Cynthia Henry of Fairbanks has launched “Keep Dunleavy,” and John Binkley of Fairbanks is launching “Elections Matter.” Both Binkley and Henry said they formed their groups without the guidance of the governor, who is expected to face a recall election this summer.

”A wrinkle like this is hardly a distraction for us,” said Claire Pywell, campaign manager for the pro-recall group Recall Dunleavy.

In Anchorage, Recall Dunleavy has rented Sullivan Arena from 9 a.m. to 8 p.m. Friday, Saturday and Sunday to collect signatures. Similar events will take place at Juneau’s Centennial Hall and Fairbanks’ Carlson Center. Smaller events have been scheduled at 55 other locations statewide.

Henry is a Republican National Committee committeewoman who served as a deputy treasurer in Dunleavy’s 2018 election campaign.

Binkley is the patriarch of a Fairbanks family known for its tourism business and its ownership of the Anchorage Daily News.

(John Binkley does not have a role in the newspaper’s operations. See below for more on his connection with the Daily News.)

Henry, whose group revealed its intentions in a filing with the Alaska Public Offices Commission, and Binkley, who revealed his plans by phone with the Daily News and other news media, acted days before recall supporters officially launch a statewide campaign. Beginning in earnest this weekend, the group known as Recall Dunleavy will attempt to gather the signatures of at least 71,252 registered Alaska voters.

Those signatures — and a favorable ruling from the Alaska Supreme Court — are necessary to call a special election. Both supporters and opponents expect Recall Dunleavy to hurdle the obstacles in its way, forcing a referendum on Dunleavy’s work this summer.

Any vote will be an up-or-down decision. If Dunleavy is removed, Lt. Gov. Kevin Meyer becomes governor.

Henry said her group is “just getting underway” and will launch a website in the next few days.

“The governor’s aware that it’s going on, but it’s not directed by the governor,” she said.

Those seeking the governor’s removal have offered four reasons, including that he violated Alaska law and the state constitution by failing to appoint a judge on time and used state money to attack political opponents. Most debate over the governor’s removal has focused on his decision last year to veto more than $400 million from the state operating budget. After the recall campaign’s launch in July, the governor began reversing many of his actions and replaced several members of his cabinet.

Henry said she believes the stated grounds are not sufficient for the governor’s removal and that a recall is an “extreme way to express your opinion.”

Binkley said his primary goal is to dissuade Alaskans from signing the recall petition. He said he worries that a recall could create “a really vicious and divisive election for Alaska" and hopes his group will be bipartisan.

“I really don’t want to see Alaska devolve into the divisive discord we’ve seen in Washington, D.C.,” he said.

Binkley is a former Republican state legislator who ran for governor in 2006, losing in the primary to Sarah Palin, and finishing ahead of then-Gov. Frank Murkowski. More recently, he was president of the Alaska Cruise Lines International Association Alaska trade organization.

Binkley did not say who else is involved with his anti-recall group but said he will be reaching out to possible supporters of all parties.

Last year’s budget vetoes inflamed the recall effort, and now that the governor has reversed himself on many of those vetoes, Binkley said he believes Dunleavy “has made changes that really reflect what Alaskans have been feeling.”

Asked about Binkley’s comment, Pywell said, “What has really changed?”

”(Dunleavy) has not demonstrated — and we don’t predict he will start demonstrating — that he has Alaskans‘ thoughts at the forefront of his mind,“ she said.

Though his goal is to dissuade petition-signers, Binkley said he would continue campaigning through Election Day. He said he has not coordinated with Henry but did speak to the governor about his plans.

Binkley was the keynote speaker at a fundraiser for Stand Tall With Mike, a pro-Dunleavy group that paid for the governor’s legal defense against the recall. That group may dissolve ahead of any election campaign. “That’s what I’ve been told,” Henry said.

“He doesn’t have a role in any of the operations of the paper. We’re certainly related — he’s my dad — but he doesn’t own the newspaper or have any role in it,” said Ryan Binkley when asked about his father’s influence over the Daily News.

The Binkley family is not involved in news decisions at the Daily News.

Ryan Binkley said he is not involved in his father’s political group.

“I’m not involved at all, either financially or in any other way. I’m staying neutral on that issue,” Ryan Binkley said of the recall. He said he intends to hold that position through the election, if there is one.

All three of his sibling co-owners confirmed by email that they will not be involved in their father’s group.