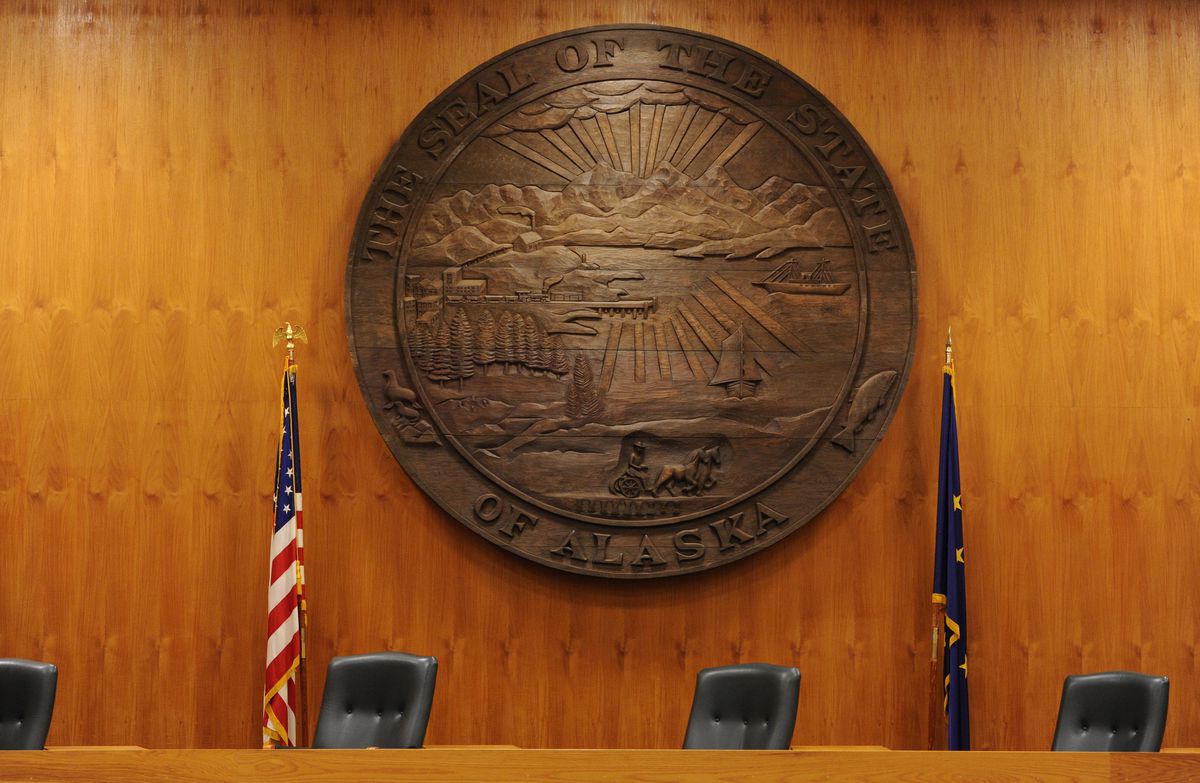 The campaign seeking to remove Gov. Mike Dunleavy from office is now in the hands of the Alaska Supreme Court.

In an hourlong hearing Wednesday, three Supreme Court judges — one a temporary replacement for Chief Justice Joel Bolger — heard arguments from two attorneys participating by phone. Two other Supreme Court justices listened on another phone line. The court’s wooden galleries were empty under limits intended to limit the spread of the coronavirus pandemic.

“As you know these are extraordinary times,” said Justice Craig Stowers, who ran the hearing in place of Bolger.

Recall Dunleavy, the group seeking to remove the governor, needs a favorable ruling from the court plus the signatures of 71,252 registered Alaskan voters in order to force a statewide vote. If Dunleavy is removed, Lt. Gov. Kevin Meyer will become governor.

State law allows elected officials to be recalled for lack of fitness, incompetence, neglect of duties or corruption. On Wednesday, the key question was whether Recall Dunleavy’s stated reasons meet that standard.

Recall Dunleavy has asserted the governor:

• Failed to appoint a judge within 45 days as required by law and the state constitution;

• Improperly vetoed money from the court system and health budgets, violating the separation of powers required by the state constitution.

Last year, the Alaska Department of Law said those reasons did not meet the standard, and the state division of elections rejected them. In January, a superior court judge said they did, and the elections division appealed to the Supreme Court.

Representing the Division of Elections, attorney Margaret Paton-Walsh faced tough questions from the justices about the judicial appointment in particular.

“Why is that a reason to remove him from office?” Paton-Walsh said, suggesting that it was an inconsequential error.

“Perhaps because the governor is charged with applying the laws faithfully,” Stowers said.

Paton-Walsh argued that public officials fail to follow every law in precise detail. Some laws, for example, require the governor to proclaim a particular holiday annually.

“Are we going to have a system where an official shall be recalled because an official failed to issue a proclamation commemorating a particular holiday?” she said.

Jahna Lindemuth, representing Recall Dunleavy, also faced tough questions from the justices but said voters should be the ultimate arbiters of whether or not a claim is worthy of recall.

The court has allowed signature-gathering while it considers the legal arguments. Last week, Recall Dunleavy said it would collect signatures by mail to avoid close contact during the pandemic. Online figures published by the group indicate it has gathered about 42% of the needed signatures.