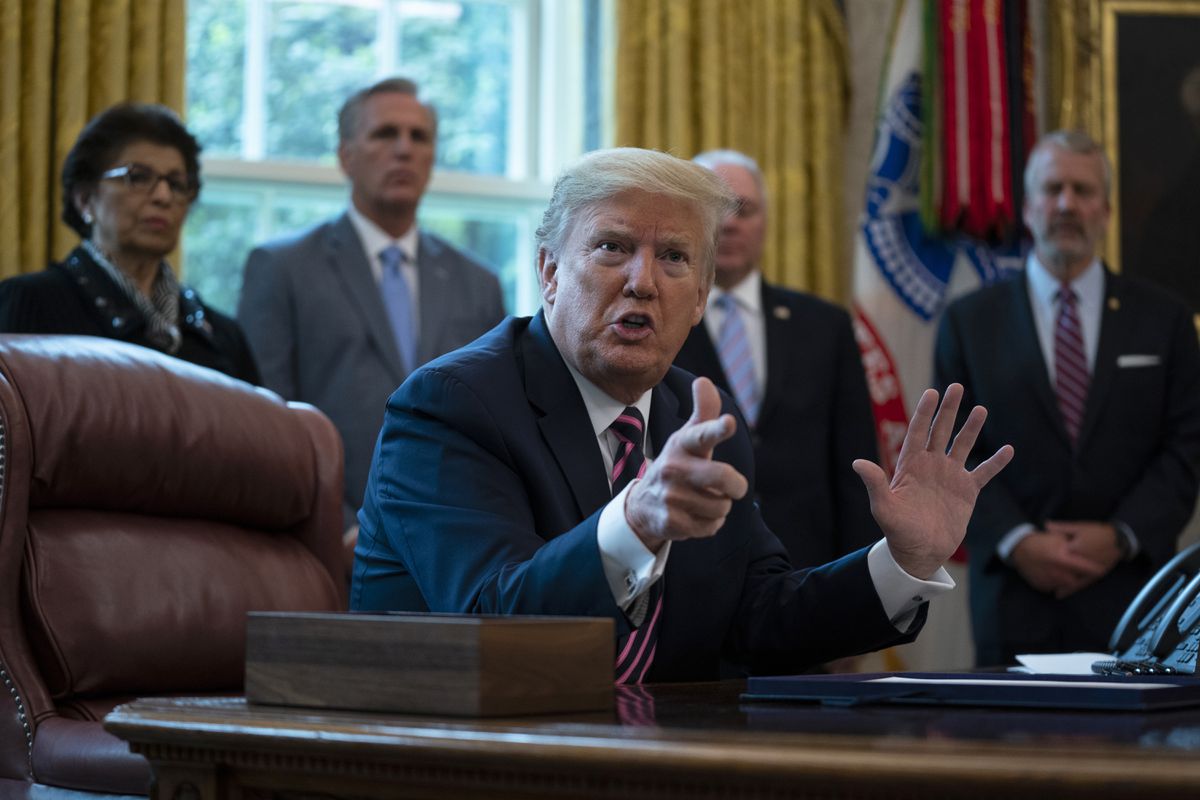 President Donald Trump says he supports "looking into” banks that “cannot be discriminating” against the energy industry by backing away from Arctic oil and gas investments.

The comments Friday were part of an exchange with Alaska Sen. Dan Sullivan during the signing ceremony for the latest COVID-19 relief bill.

After the signing, Sullivan said he is concerned that large U.S. lenders have received federal aid many times and will benefit from COVID-19 relief legislation passed last month, but are “starting to discriminate” against investment in Alaska oil development.

Several major banks have announced in recent months they will pull back from supporting Arctic oil and gas projects, including Morgan Stanley and Citigroup last week. Morgan Stanley said specifically it will not support direct financing for exploration or development in the Arctic National Wildlife Refuge, according to an environmental and social policy statement.

“I don’t think they should be allowed to do that, sir, and I know you have concerns about it too," Sullivan told Trump.

“I like the idea of looking into that,” Trump replied, without providing details on how that would occur.

The president said the banks are “afraid of the radical left."

They should not be, he added.

“You cannot be discriminating against these great energy companies,” Trump said, adding that some of the companies have raised similar concerns with him.

Wells Fargo has mobilized thousands of employees to help small businesses acquire loans under the federal Paycheck Protection Program, said David Kennedy, a spokesman with the lender. The program was created last month to combat the economic fallout from the pandemic

“Wells Fargo is donating all fees received under the program,” he said.

During the signing, Trump was joined by Sullivan, Vice President Mike Pence, Treasury Secretary Steve Mnuchin and others.

Trump, saying he “helped Alaska” and the U.S. as the first president to see ANWR drilling approved during his term, said the refuge might be the “largest find in the world."

In fact, little is known about the potential oil that might await there.

The federal government plans to hold a first-ever lease sale to industry in the refuge this year, following 2017 legislation from Congress opening the refuge’s coastal plain.

Sullivan earlier last week decried the banks as “woke" in an interview on the Fox Business Network, and said Democrats who are pleased with the pain the oil industry faces amid crashing oil prices have become “irrationally unhinged.”

“Right now, there has been a movement on Wall Street where the big banks, the big CEOs are starting through, I don’t know, their ‘woke’ sensibilities or whatever it is — to start discriminating against the oil and gas sector, particularly in my state, but (also) around the country,” Sullivan said.