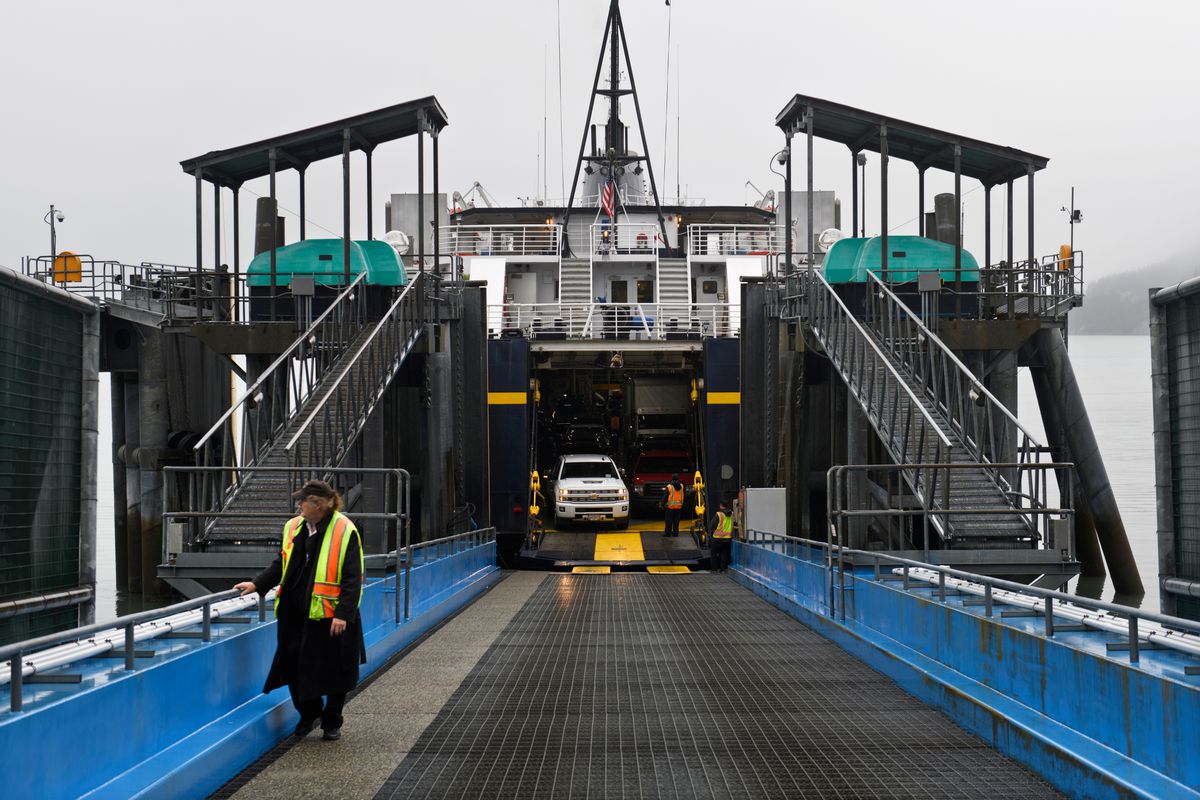 Cars and passengers prepare to disembark the ferry Aurora in Whittier on September 18, 2019. (Marc Lester / ADN)

Cars and passengers prepare to disembark the ferry Aurora in Whittier on September 18, 2019. (Marc Lester / ADN)

The Statewide Transportation Improvement Program does not include plans to use federal money for improvements to the fleet beyond what is required by the funding guidelines, CoastAlaska reported Tuesday.

The state Department of Transportation program approved April 28 leverages nearly $500 million in federal funding to pay for state needs over the next four years.

Under the program, the federal government pays about 90% of each project whether improvements are made to roads, bridges or ferries.

The award includes about $16.8 million annually for the Alaska Marine Highway System, although additional money from the federal funds could be budgeted to maintain the ships.

David Kensinger, a member of the Alaska Marine Highway Reform Project steering committee, said the state's use of federal dollars does not prioritize the aging vessels.

"When you have a fleet where the majority of the vessels are between 45 and 58 years old, if you want to keep them running, you have to have an active maintenance program," Kensinger said.

After the fleet's last operating mainline ship broke down in February and caused what became a nearly six-week closure of regional service, Republican Gov. Mike Dunleavy said his administration was "doing everything we can to work on fixing this issue."

Data provided by state transportation planners show the ferry system received an average of $21.2 million annually in federal funding between 2010 and 2019.

The latest Statewide Transportation Improvement Program projections show the state putting less into ferry repair for the next four years at a time when breakdowns and mishaps have become more common.

The drop is due to other critical highway projects across the state, transportation department Program Development Director Ben White said.

"We have more needs in the state for infrastructure than we have available federal funding so we're having to stretch the federal dollar further and further," White said. "But there isn't a policy that's roads first."

The state can redirect federal funds to specific needs and White’s agency is working on an amendment, but details will not be available until summer, he said.