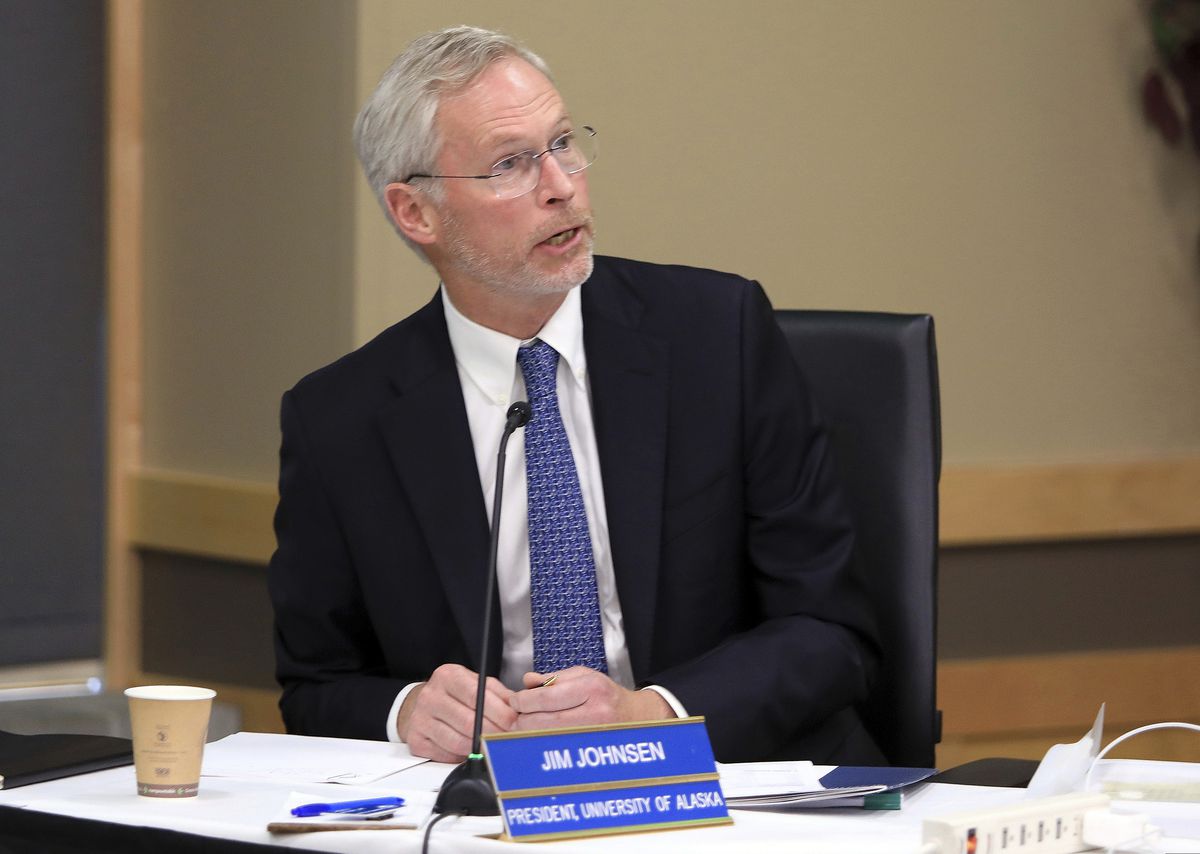 MADISON, Wisconsin — University of Alaska President Jim Johnsen, the lone finalist for the University of Wisconsin System’s president job, withdrew his name from consideration Friday in the face of mounting criticism from faculty, staff and students.

Johnsen said in a statement that after deep reflection his calling remains in that state. He also signaled that Wisconsin’s search process was flawed.

"I appreciate the strong support from the search committee at Wisconsin, and for all those who supported my candidacy, but it's clear they have important process issues to work out," Johnsen said.

A UW search committee has been looking for a new president since Ray Cross announced in October that he would step down as soon as a successor was hired. Cross has been battered by battles with Republican legislators over UW System funding and has had a rocky relationship with faculty and staff, drawing a no-confidence vote in 2016.

Earlier this month the search committee announced Johnsen had emerged as the only finalist. The other would-be finalists all withdrew from the running out of concern about being publicly named as a finalist during the coronavirus pandemic.

That announcement drew immediate criticism from faculty, staff and students who complained that they had no representatives on the search committee. They also pointed out Johnsen had received no-confidence votes from Alaska faculty over proposals to consolidate programs and combine the three-university Alaska system into a single accredited institution to absorb budget cuts.

[University of Alaska regents vote to cut or reduce over 40 programs, set merger aside for closer look]

Hundreds of UW alumni, students, faculty and staff signed a petition demanding regents resume the search. Associated Students of Madison, the student governance group at UW-Madison, the system's flagship school, said in a statement that it doesn't support Johnsen.

But Regent Michael Grebe, chairman of the search committee, said a restart could cost UW six months and Johnsen was the committee’s top pick anyway. The committee had been set to meet Friday afternoon to make a recommendation to regents to hire him.

UW Board of Regents President Andrew Petersen, who served on the search committee, noted Johnsen was the panel's unanimous choice as the best candidate. He called Johnsen's decision "disappointing, a dark day for the UW System."

He said regents will now focus on shepherding the system through the COVID-19 pandemic and will decide on how to conduct a new search “when there is a better opportunity.”

Michael Bernard-Donals, president of PROFS, a UW faculty group that advocates for tenure, research support and competitive wages, said Johnsen was right when he said the process was mired with problems. Regents must start from scratch with a new search committee that includes faculty and staff from across the UW System, he said.

Laura Downer, a UW-Madison public policy graduate student who chairs Associated Students of Madison, said she was glad Johnsen withdrew. He would have had a difficult time working with faculty, staff and student groups, she said.

“In the long term, it will force the UW System to take a look at shared governance and to ensure the voice of faculty, students and staff are taken into consideration,” Downer said.

Alaska state Rep. Andy Josephson, an Anchorage Democrat, chairs the university subcommittee for the House Finance Committee. He said he likes Johnsen and believes he's very skilled but "I worry about the ability of the president to govern moving forward."

He cited a compact Republican Gov. Mike Dunleavy and the regents chair signed last year agreeing to $70 million in cuts to the Alaska system over three years. Josephson said he worries the deal will hamstring the system.