Under Trump executive order, Dunleavy has 3 options on unemployment aid 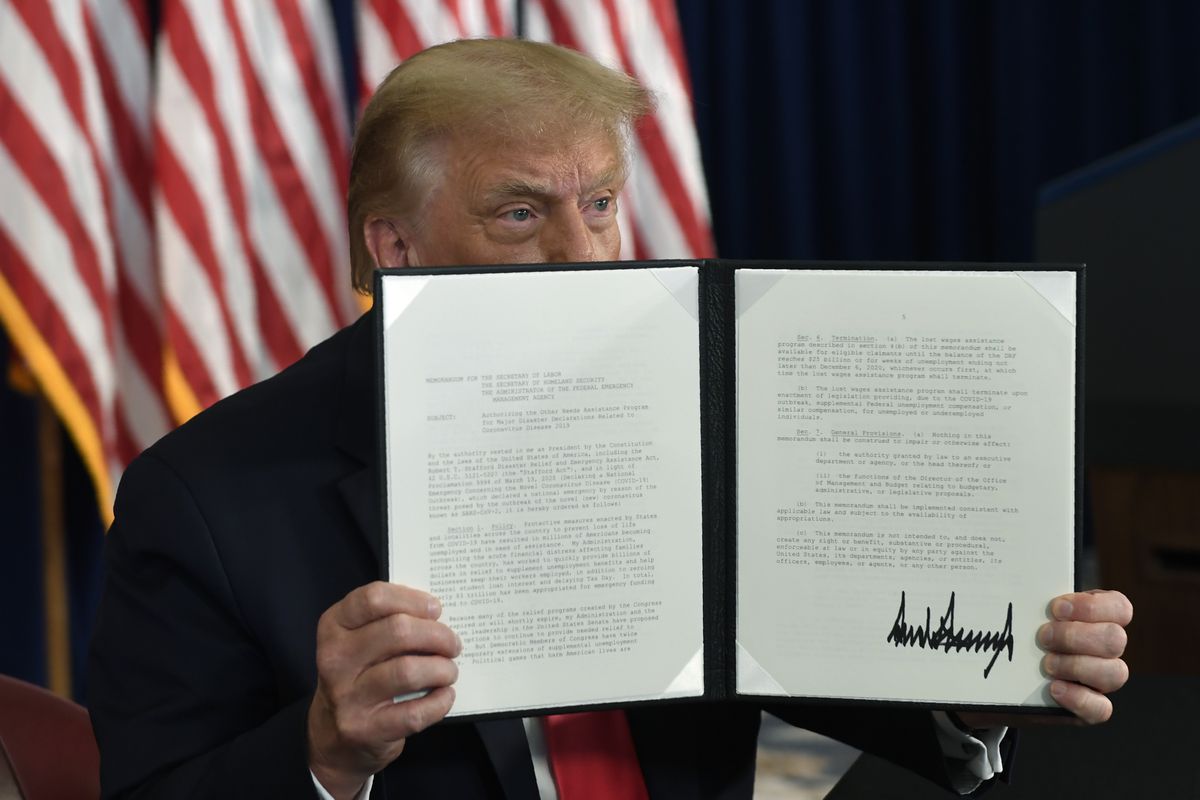 Gov. Mike Dunleavy said Tuesday he will decide “in the next day or so” how Alaska will implement an executive order signed by President Donald Trump and intended to boost unemployment payments nationwide.

On Saturday, following failed negotiations in Congress, Trump signed four executive orders intended to provide financial relief for Americans suffering from the economic effects of the coronavirus pandemic. Several of the orders are legally questionable and may never be fully implemented, but one would divert $44 billion from a FEMA disaster relief fund to unemployment payments.

That money comes with a catch — the state would also have to pay.

Cathy Muñoz, a legislative liaison for the Alaska Department of Labor, said the department has presented the governor with three options to implement the order:

* The governor could sign on to the program, which would boost the maximum payment to $770 per week. The FEMA money would cover $300 of the boost, and the state would have to come up with the remaining $100. The cost, Muñoz said, would be about $100 million through the end of the year, and the money couldn’t come from the state’s unemployment trust fund.

* Under the third option, the state could use the unemployment trust fund, but Alaskans would receive only $300 extra per week, not $400 extra.

Payments would be retroactive to the week of July 25, so anyone who’s been on unemployment since then would receive a supplemental payment in addition to the boost in weekly unemployment.

While the governor said he will make a decision quickly, Muñoz said the change also will take time to implement, and there’s no schedule for that. At the federal level, the president’s action would be temporary — without Congressional action, the FEMA disaster fund will be out of money within weeks.