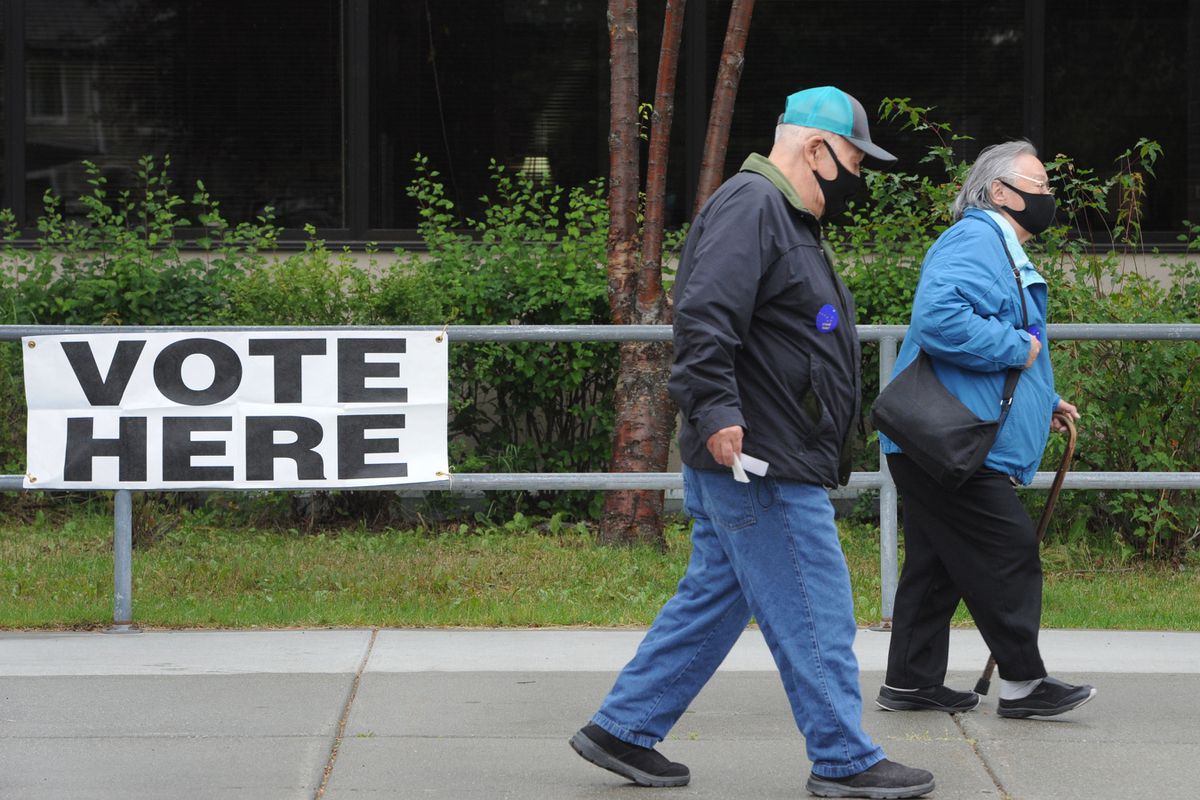 Thousands of absentee ballots won’t be counted until next week, and Holland said it would take something crazy, like a 20-point lead on Tuesday night, to feel like he was going to win.

With all precincts reporting in his race, Holland is routing Giessel in their Anchorage race by 40 points, part of a big wave against incumbent Republicans in Tuesday’s statewide primary election.

“We have a small crowd over here, and we were flabbergasted when the results went up on the screen,” Holland said from an election-night gathering.

All incumbent Democrats were on track to win, with 412 of 442 precincts reporting results. State officials said counting of election-night returns will resume Wednesday morning.

In addition to Holland’s lead over Giessel, three other incumbent Republican senators — John Coghill of Fairbanks, Natasha von Imhof of Anchorage and Gary Stevens of Kodiak — narrowly trailed their primary challengers at the end of election night.

Five incumbent House Republicans also trailed, with all of their precincts reporting results:

• Kevin McCabe has 1,377 votes while Rep. Mark Neuman, the longest-serving active member of the House, has 801 in their Big Lake district.

In Wasilla, where Republican Rep. Colleen Sullivan-Leonard is not running for re-election, Christopher Kurka has more than 71% of the vote against former legislator Lynn Gattis.

More than $160,000 was spent on the Republican race between Wasilla incumbent Rep. David Eastman and challenger Jesse Sumner, who has the support of several incumbent Republicans. Eastman leads that election with 1,020 votes to Sumner’s 987, with one of 11 precincts yet to report results.

Before results were reported, Sumner said he could trail Eastman on election night but believes he has the edge among absentee voters. In House District 10, as many as 1,165 absentee votes could be cast, based on absentee ballot requests published by the Alaska Division of Elections.

For this year’s primary election, the Alaska Division of Elections has reported more than 70,000 early votes and requests for absentee ballots, a record for all elections, not just the low-turnout primaries that trim the lists of candidates before November.

President Donald Trump has repeatedly scorned voting by mail, incorrectly saying that it is susceptible to greater fraud than voting in person. Repeated studies have demonstrated otherwise, but Republicans nationwide have turned away from the practice, and Alaska appears to be following the trend.

Kopp, Giessel and Johnston received particular support in that regard, but it remains to be seen whether absentee trends are significantly different from election day. Even then, it may not be enough to change the result.

As many as 4,351 absentee ballots may be cast in the Giessel-Holland race, and Giessel would have to win almost three-quarters of them to reverse the election-day result.

The Alaska Division of Elections plans to count a first batch of absentee ballots on Aug. 25. A second batch will be counted Aug. 28, and the division is scheduled to certify the results Aug. 30.

Once confirmed, the primary winners will advance to the Nov. 3 general election.