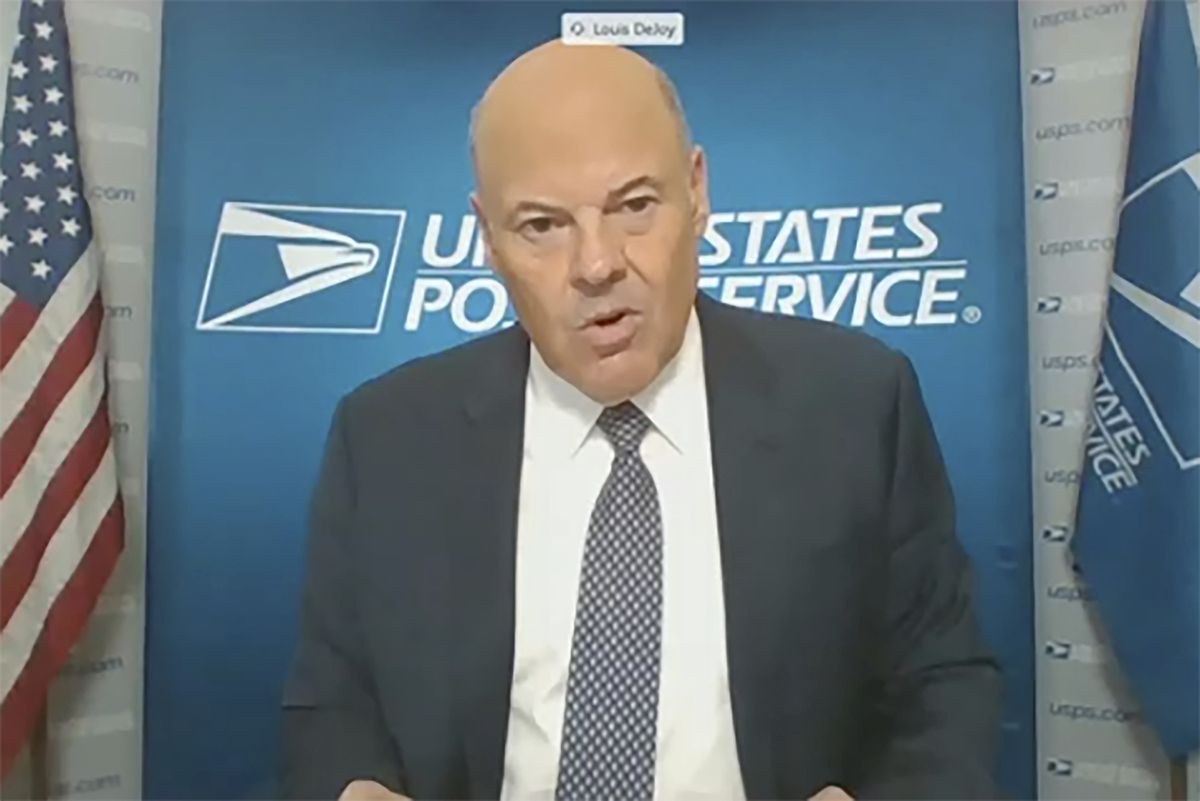 “This would essentially lead to the collapse of rural Alaska if bypass mail went away. It’s that significant,” he said.

Lee Ryan, president of Ryan Air and chair of the state’s aviation advisory board, said bypass mail “means pretty much everything for Western Alaska.”

The prospect of it ending “is completely terrifying to me,” he said.

The program ships mostly groceries and other bulk cargo. Businesses deliver shrink-wrapped pallets of goods directly to airlines contracted by the Postal Service, bypassing post offices in a procedure that gives the program its name.

It was created in 1972 and has been maintained under the principle that the Postal Service must serve all Americans.

Edgmon said that without the program, life in rural Alaska would become unaffordable. At a store in Dillingham this week, he saw 2 pounds of stew meat for $25.

“And that’s in Dillingham, not in an outlying village,” he said.

In addition to its importance for stores, bypass mail is a boon for small airlines, which rely on mail and cargo contracts to serve smaller communities.

That means the program affects everything from health care to education, telecommunications and the National Guard, he said.

In Washington, D.C., where those effects aren’t visible, the postmaster general is only the latest official to pick out the program because of its cost.

DeJoy incorrectly told senators that the program “costs us like $500 million a year.” A 2011 report by the inspector general of the Postal Service said it cost $103 million per year to operate in fiscal year 2010 and generated $30 million in revenue, for a loss of $73 million that year.

DeJoy has been intensely criticized for cost-cutting efforts implemented in an attempt to close a revenue shortfall at the Postal Service and was called to testify by Congress, which is considering whether to block the changes he is implementing. Cutbacks have slowed mail service, and when paired with President Donald Trump’s opposition to elections by mail, have caused critics to question whether DeJoy is attempting to influence the results of the November election. Some states have sued.

Members of the House and Senate have proposed a $25 billion aid package for the Postal Service, but DeJoy said that’s not enough to fix long-term problems.

“If you’re just going to throw $25 billion at us this year, we’re going to be back here in two years,” he said.

After DeJoy’s announcement, Alaska’s congressional delegation sent out a written statement saying that it will fight to preserve the program, as it has done before.

“We must be clear: the USPS is a vital lifeline to countless Alaskans, from our population centers to the farthest reaches of our vast state. Throughout the years, the Alaska delegation has defended mail delivery to rural Alaska. We’ve done it before and we’ll do it again. Simply put, the bypass mail program saves the Postal Service money, and fulfills the USPS’ Universal Service requirement,” the statement said.

He said he has a meeting with DeJoy on Monday.

“It’s going to be a rather forceful advocacy,” Sullivan said, and he intends to correct DeJoy about the cost of the program.

“It is critical to our way of life in Alaska. In the past, Alaska’s leaders have fought tooth and nail to protect the bypass mail system. But these days, our only representative, Don Young, is no longer standing up for and delivering for Alaskans,” she said.

“Like our national defense, interstate highways or public schools, the Postal Service provides an essential service to Alaskans. To demolish this service at any time, let alone in the midst of this pandemic, is unconscionable. Let us not mince words: it must be stopped,” he said in a written statement.