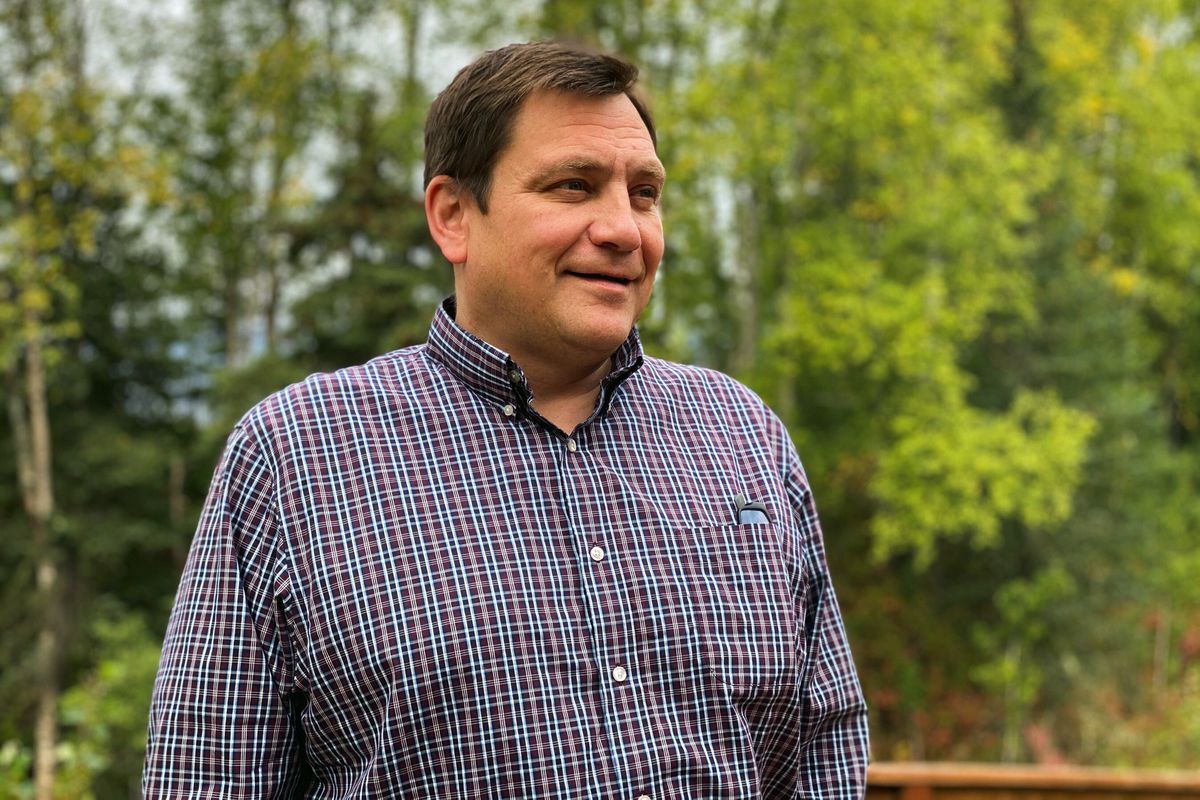 Abe Williams, Pebble mine director, was appointed to the state Board of Fisheries by Gov. Dunleavy, spring 2020. (Photo provided by Abe Williams)

Abe Williams, Pebble mine director, was appointed to the state Board of Fisheries by Gov. Dunleavy, spring 2020. (Photo provided by Abe Williams)

Gov. Mike Dunleavy’s appointment of a Pebble mine director to the state Board of Fisheries has drawn a wave of opposition from fishermen and critics of the proposed mine as Alaska legislative committees hold confirmation hearings on the selection.

The governor in April appointed Abe Williams to a three-year term on the board, but the Legislature recessed early this spring amid concerns over COVID-19, delaying that hearing and others.

Williams serves as regional affairs director for mine developer Pebble Limited and is a longtime Bristol Bay commercial fisherman from King Salmon, in the region where the mine would be built.

Critics of Williams’ appointment say an official with the controversial Pebble prospect can’t be trusted to protect the world’s largest sockeye salmon fishery.

Williams and Dunleavy say Williams’ broad background in commercial fishing and in leadership roles is an asset.

[Pebble mine would cause ‘significant degradation’ in Bristol Bay region and can’t be permitted as proposed, Trump administration says]

The Alaska Board of Fisheries’ primary goal is preserving and developing the state’s fisheries.

Last week, the Senate Resources Committee heard from the public and Williams, along with the governor’s three other appointees to the seven-member board: University of Alaska Fairbanks professor McKenzie Mitchell; John Wood, a former state Senate aide to Dunleavy; and John Jensen, a reappointment from Petersburg.

The House Resources and Fisheries committees will take up the issue on Thursday morning.

Rep. Geran Tarr, D-Anchorage and co-chair of the House Resources Committee, said the committees hosting Thursday’s hearing have received more than 450 emails, nearly all of them opposed to Williams.

Many of those emails are form letters submitted after opponents of the mine encouraged people to speak up, she said.

But most of those letters are from Alaskans, said Tarr, who added that she doesn’t support Williams’ appointment.

‘It’s quite a high level of engagement,” she said.

Williams, 49, said his fondness for fishing and his ability to work with people who don’t always agree with his views help provide him with the right tools to protect fisheries in Bristol Bay and statewide.

“As a fourth-generation fisherman, I know and respect that fishery like no other,” he said in a phone interview Tuesday. “My background and my ability to sit down and listen to others is extremely important and valuable to a position of this nature.”

Williams said the mine could provide year-round jobs in Bristol Bay, in addition to summer fishing work.

Full-time jobs are critical to fighting the poverty in the region that has sharply reduced local permit ownership in the fishing industry and has hurt villages and schools as families leave, he said.

Lindsay Layland, deputy director of the United Tribes of Bristol Bay, representing 15 tribes in the region, said Williams’ employment at Pebble shows he doesn’t take the concerns of most fishermen in Bristol Bay seriously.

“We are highly concerned with the fact that he is employed by the Pebble Partnership, whose goal is to develop this massive project which puts the Bristol Bay ecosystem and cultural resources at risk,” Layland said.

The Trump administration is weighing a key construction permit that could soon determine whether the mine can advance toward construction.

Williams is the governor’s second fisheries board appointee with ties to Pebble Limited.

Dunleavy in 2019 appointed Märit Carlson-Van Dort, a current board member who served as Pebble’s regional affairs director for five years before Williams.

[Pebble mine must now clear an unusually high hurdle before it can be developed, experts say]

Dunleavy believes Williams will bring “a wealth of knowledge and experience about the Bristol Bay region and Alaska’s commercial fishing industry,” according to a statement from the governor’s office provided by spokesman Jeff Turner.

Williams is a fishing boat captain in Bristol Bay and owns a marine repair and supply business that supports the commercial fishing industry. He has served on the Bristol Bay Borough School District board, the Bristol Bay Borough Assembly and as president of the Alaska Native village corporation for Naknek in his hometown region, according to the statement provided by Turner.

“That combination of professional and personal experiences makes him an excellent choice to represent all Alaskans on the Board of Fish,” the statement said.

Some critics have also complained that the governor’s appointments will contribute to a lack of regional diversity on the board.

The Tanana Chiefs Conference, representing 42 tribal groups in the Interior, told the House and Senate committees in a letter that too many of the board’s members or appointees live in or represent Southcentral Alaska.

The tribal group urged the committees “to respectfully request that the Dunleavy Administration replace two of the four board appointees with experts from the Yukon and Kuskokwim region” in the Interior and Western Alaska, according to the letter.

Williams, an Anchorage resident since 2010, said his life fishing in Bristol Bay in summer, and living in Anchorage, has broadened his view.

“It adds to the diversity,” he said. “I may reside in Anchorage now, but I’ve spent the lion’s share of my time in Bristol Bay.”