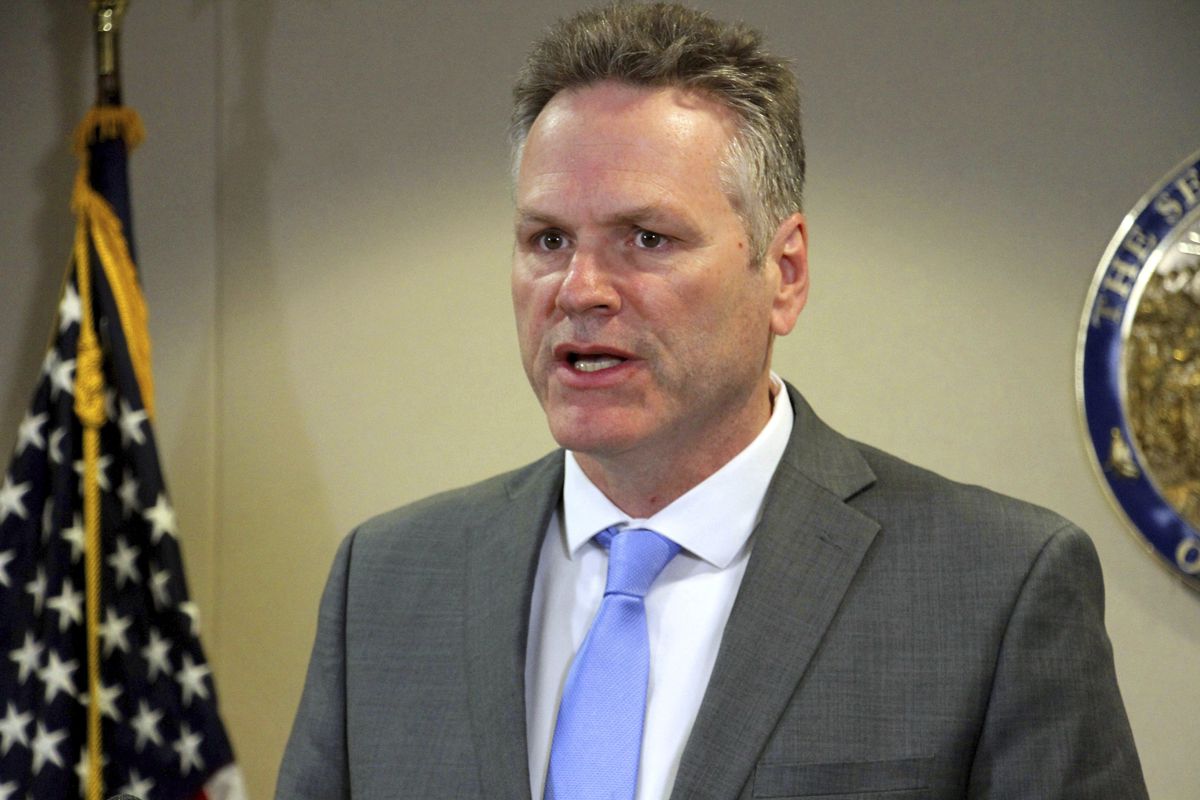 Alaska Gov. Mike Dunleavy will pay $2,800 to settle three ethics complaints filed against him last year, but he does not admit wrongdoing.

State law prohibits using state resources for “partisan political purposes," but according to a settlement agreement published Friday, one or more people filed complaints against the governor last year, alleging that he violated the law.

A similar claim was made by the group seeking Dunleavy’s removal from office.

The Alaska Personnel Board, whose members are appointed by the governor, is in charge of investigating ethics complaints against the state’s executive branch.

After complaints were filed against the governor, the board appointed John Tiemessen as an independent counsel.

Last year, the governor’s office spent more than $35,000 on advertising intended to boost supporters and confront opponents of the governor’s positions on the Permanent Fund dividend and state budget cuts.

At the time, a legislative lawyer said that if a complaint were made to Alaska’s state personnel board, it could find that the governor violated state law.

In both of those cases, Rasmussen and Revak had already filed for re-election. (Revak was subsequently appointed to the Alaska Senate by Dunleavy.)

Tiemessen also concluded that the governor is responsible for any violation, even if a member of his staff directed the mailers.

In a statement attached to the settlement agreement, the governor said, “I did not know about these communications before they were sent, and had no personal role in drafting, designing, publishing, reviewing, or approving the advertisements. I never intended for state resources to support a partisan political purpose, and I don’t believe I violated the Alaska Executive Ethics Act.”

The statement goes on to say that though the governor does not believe he violated the law, he believes it is in the best interest of the state to reimburse Alaska for the cost of the mailers in order to settle the complaints.

Jamieson declined to comment on Tuesday morning and referred questions to the governor’s office.

“The governor has nothing to add beyond what is in the settlement agreement,” said Jeff Turner, the governor’s deputy communications director.

Revak and Sen. Mia Costello, R-Anchorage and a subject of the ads, each said they were not interviewed during the investigation. Revak, asked whether he believes the mailer in his district did have a partisan political purpose, said most things that politicians do have a political purpose.

“I imagine that he’s trying to advocate for the best position, just like any politician,” he said.

“I think there are ways to support candidates, and if there is something that doesn’t seem appropriate, there should be an ethics complaint,” Costello said.