Republicans bankroll group opposed to election-reform measure, while Outside groups spend heavily to support it 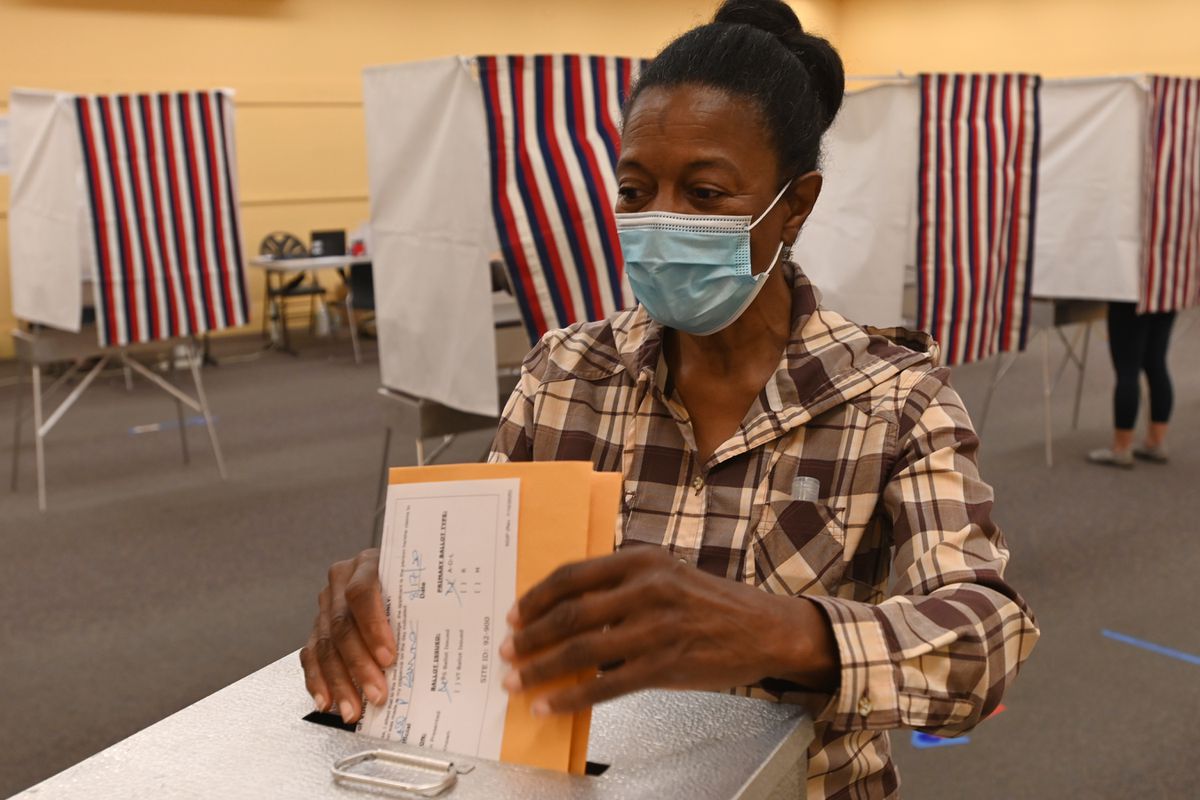 Republican-affiliated groups and donors contributed nearly $250,000 to oppose Ballot Measure 2 in early September, while Outside election-reform groups continue to be the main supporters of the proposal, according to campaign finance reports published this month.

If approved by voters Nov. 3, Ballot Measure 2 would put state candidates into a combined primary election for each office, and the top four vote-getters — regardless of party — would advance to a ranked-choice general election. It would also require campaign donors to more fully disclose the source of their cash.

Through Sept. 16, the group backing the measure, “Yes on 2 for Better Elections,” spent almost $4 million from three groups: the Action Now Initiative, Unite America, and Represent.Us.

Those groups get their money mostly from a small number of wealthy donors. The Action Now Initiative is the work of John and Laura Arnold, a billionaire Texas couple.

Unite America receives most of its funding from Kathryn Murdoch, a moderate member of the family that founded Fox News. Katherine Gehl, former president and CEO of Gehl Foods, is also an important figure, as is Marc Merrill, co-founder of the video game company Riot Games, according to federal elections reports.

Alaska’s Ballot Measure 2 is one of a handful of similar measures being promoted by the three groups nationwide. Massachusetts voters will decide a ranked-choice voting measure in November. Proposals in North Dakota and Arkansas failed to reach the ballot for technical reasons.

Robert “RA” Dillon, a former staffer for Lisa Murkowski, now works as a consultant for the Action Now Initiative and is supporting the Ballot Measure 2 cause. Opponents of the measure have said that the three Outside groups intend Alaska as an experiment. That’s not true, Dillon said.

“We’re not coming in here and saying, ‘Here’s a bunch of money, do what we want,’” he said.

Instead, he said Outside supporters have aided Alaskans who already had the cause in mind but lacked the resources.

“There’s not enough Alaskans that have the kind of money that it takes to make a difference,” he said.

Opposing Ballot Measure 2 is “Defend Alaska Elections — Vote No on 2.” That group began operations this month with Republicans, Democrats and Libertarians as members, but almost all of the money against it has come from Republican donors.

Brett Huber, campaign manager of the vote-no group, was Gov. Mike Dunleavy’s campaign manager, and he said the Republican donations have come because he’s the one soliciting money, and that’s where he has connections. He expects liberal groups to begin donating soon.

The Alaska Republican Party, which approved a resolution opposing the measure, has contributed $50,000, as did the Republican State Leadership Committee, a national Republican group that spent heavily during the primary election.

The group also received $45,000 from Northern Holdings Inc., which is solely owned by Janice Ellsworth, spouse of Anchorage construction executive John Ellsworth. The Ellsworths are major contributors to the Alaska Republican Party, and one of Ellsworth’s companies, Northern Energy Services, also donated $10,000.

The vote-no group recently switched its ads to reflect its new leading donors, and this week, Yes on 2 filed a complaint with the Alaska Public Offices Commission, alleging that Vote No on 2 was violating state law by being too slow to reflect the change.

Huber’s group has 15 days to respond to the complaint, which APOC accepted Tuesday. He said his group’s opponents are “going to throw as many phony APOC complaints out as they can.”