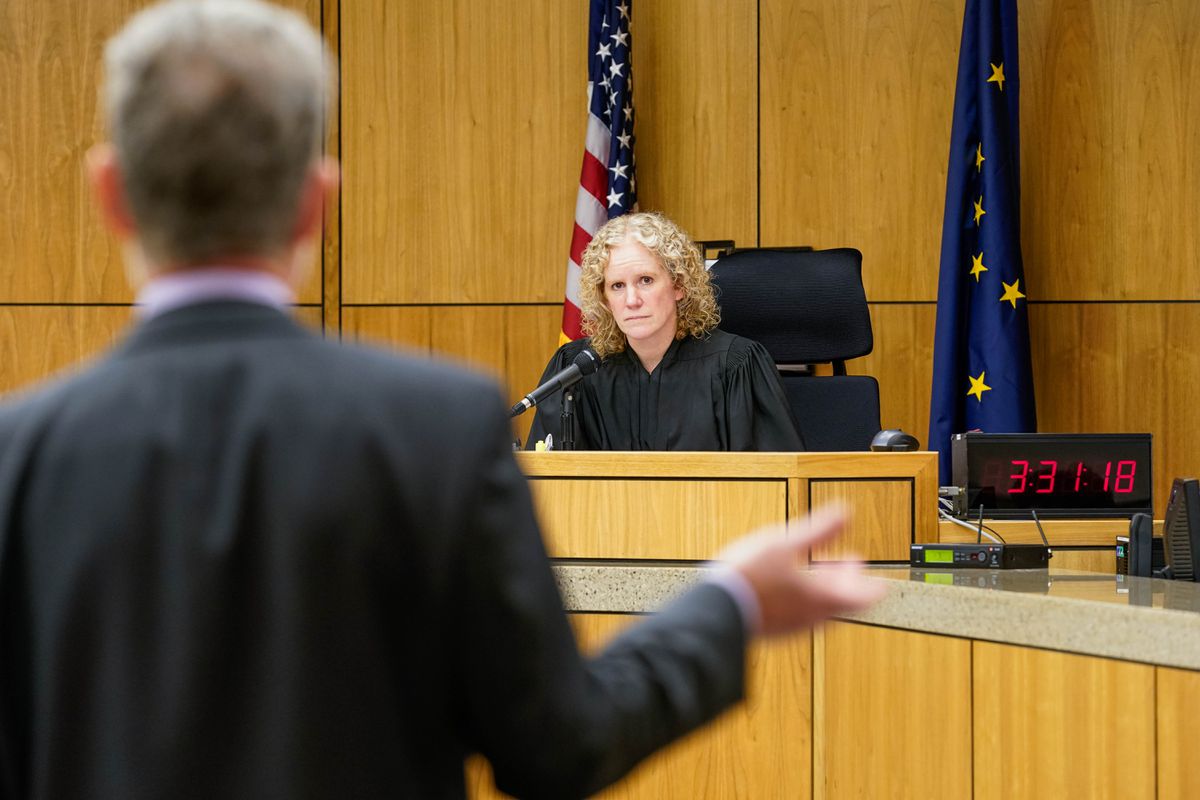 An Anchorage Superior Court judge ruled Friday it was illegal for Gov. Mike Dunleavy to veto some funding from the Alaska Court System in response to judges' rulings on abortion.

“The court ... holds that the undisputed facts demonstrate that the governor’s exercise of his veto power to reduce the appellate courts' budget in fiscal years 2020 and 2021 expressly undermines the Alaska Constitution’s commission of judicial powers to the judiciary, as well as the structural independence of the judiciary, and thus violates the doctrine of separation of powers embodied in the Alaska Constitution," she wrote.

Dunleavy vetoed $334,700 from the court system’s budget in 2019 and again this year, saying both times that it equaled the cost of state-paid abortion services required by court rulings. State courts have repeatedly rejected laws that attempt to restrict state Medicaid payments for abortion services, and Dunleavy opposes abortion.

Under the constitution, the state’s judiciary is a separate and equal branch of government, working alongside the Legislature and the governor, who controls the executive branch.

After the first veto, the Alaska chapter of the American Civil Liberties Union sued, saying it was “a startling breach of the separation of powers” in the Alaska Constitution because the governor was retaliating against the judiciary for performing its duties.

Attorneys from the Alaska Department of Law argued otherwise, saying the constitution gives the Legislature and governor the ability to make funding decisions.

The constitution doesn’t exempt the judiciary from budget vetoes, and “the veto does not encroach on or interfere with the judiciary’s ability to perform its constitutional duties,” state attorneys said.

After the lawsuit was filed, supporters of the campaign to recall Dunleavy from office cited the veto as a reason for the governor’s removal.

Legal arguments over the recall reached the Alaska Supreme Court earlier this year, and as part of that case, justices considered the veto challenged by the ACLU.

Though the Supreme Court allowed the recall to go forward, it still has not issued a written explanation for its decision.

Henderson said she had waited to rule “with the hope that the Supreme Court’s decision in that separate case would provide guidance to the parties and court in this matter,” but with no way to know when the high court might issue a written ruling, she felt compelled to rule herself.

Judges are legally required to rule within six months; if they don’t, their pay may be withheld.

Henderson said the governor’s veto for this year “is void, and the prior appropriation of funds to the appellate courts for that fiscal year should be restored.”

Henderson’s decision is almost certain to be appealed to the Alaska Supreme Court, something Henderson notes in her written ruling.

“This court trusts that its co-equal branches, in receiving this court decision, and any following order of the Alaska Supreme Court, will move forward in light of the final assessment of the courts," she wrote.

After the ruling was published, ACLU of Alaska Legal Director Stephen Koteff said in a prepared statement, “This victory protects every Alaskan because it protects the integrity of the state’s judiciary. There should never be a time when the courts rule to appease a political party, or a politician — even if their title says Governor. It is the courts' responsibility to weigh the facts and law of each case, and those alone. That is what the court has done today.”

Alaska Department of Law attorney Charlotte Rand said the state is reviewing its options regarding an appeal.

“The governor disagrees with the decision issued today by the superior court that granted plaintiffs' motion for summary judgment in ACLU et al. v. Dunleavy and state of Alaska,” she said in a written statement.

Rep. Matt Claman, D-Anchorage and chairman of the House Judiciary Committee, said he was pleased by the decision and “always thought that striking that funding had constitutional separation of powers issues.”

The chairman of the Senate Judiciary Committee, Sen. John Coghill, R-North Pole, is a staunch opponent of abortion rights and the author of some of the bills rejected by the Supreme Court.

He said that while his sympathies are with the governor, he would not have advised him to veto the money.

“I think it was inappropriate, but I so disagree with our Supreme Court on the abortion rulings,” he said.